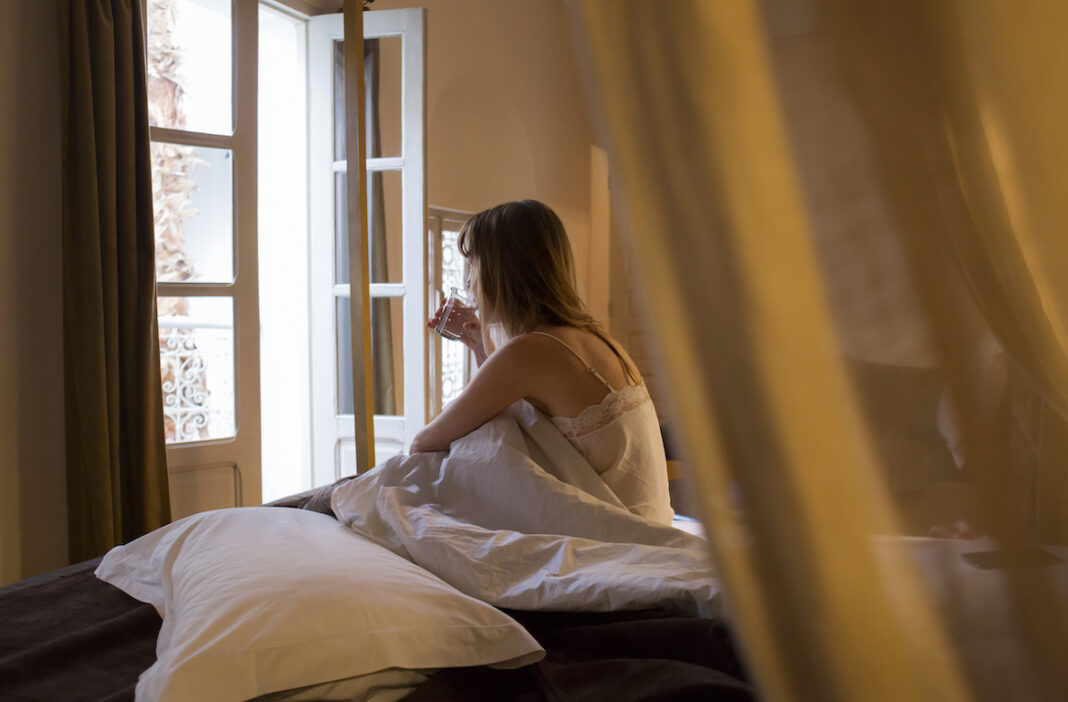 Has anyone ever called you dirty when you’ve been sick with a cold or the flu? And if you go to your doctor with a sore throat, but they diagnose you with allergies rather than, say, strep throat or another contagious ailment, would you declare yourself as clean? The answer to both of these questions is, most likely, no. Words matter, and that’s why it’s problematic to describe our health as “clean”—including with regard to sexually transmitted infections (STIs).

“Clean” is a common way to describe someone’s status surrounding sexually transmitted infections (STIs), but reducing STI shame and stigma requires that all people stop this practice—and, crucially, understand why doing so is necessary. Using the word “clean” to describe a negative STI test implies that if someone tests positive, they are dirty—which can be extrapolated to mean bad, unworthy, and myriad other negatively connoted traits and states of being. But the truth is, having a positive STI test has no bearing on who someone is as a human being.

Using the word “clean” to describe a negative STI test implies that if someone tests positive, they are dirty—which can be extrapolated to mean bad or unworthy.

Furthermore, if someone is afraid of being characterized as “dirty,” they may not get tested (out of fear), not communicate a positive STI status (out of shame), and not have necessary conversations around sexual health with new and existing partners (out of discomfort). For these reasons, abandoning the word “clean” is necessary in regards to STI status—and considering how common STIs are, it’s a very serious matter of public health.

According to the World Health Organization, more than one million STIs are acquired every day, and research has found that shame is often associated with the diagnosis of an STI, largely surrounding the perception of how others will feel about the status. If the sense of shame and fear is loud enough, it may result in someone not seeking treatment or alerting sexual partners, which could have potentially life-threatening implications. This is especially unfortunate, given that so many STIs are completely treatable and curable.

But, it doesn’t have to be this way. One strategy each person can adopt to help shift the STI narrative away from one of shame is committing to using non-judgmental or stigmatizing language.

How to talk about STI status without using the word “clean”

Of course, “clean” as it relates to health isn’t used exclusively to describe STIs. Folks also say things like “I have a clean bill of health.” In this case, it implies that if someone has, say, high cholesterol, they’re dirty in some sense. Obviously, that’s not true. So, whether in reference to STI status or any other health marker, we’re all better served by abandoning the clean-or-dirty paradigm.

Instead of using the word “clean,” turn to phrases like “tested negative” or “my panel didn’t detect any STIs on my last screening.” Not only is that more factual, but it also removes judgment and shame. You can also say, “I was most recently tested on something, and everything came back negative,” instead of “last time I was tested, I had a clean bill of health.” The former is super descriptive and objective, while the latter is vague and perpetuates language steeped in stigma.

Other methods for reducing STI shame and stigma

After adjusting our language, we can turn to making proper sex-positive sex education more widespread. (For one place to start, I have a workshop on sexual health that goes over every single STI.) Instead of the messaging that tells us we’ve done something wrong if we contract an STI, let’s normalize it by focusing on treatments and protective measures. The messaging should be to be safe, but that if you get an STI, take steps to treat your condition and act responsibly with new and existing partners. Sex has long had a stigma of shame attached to it; we don’t need to add more by making someone think they’re dirty or have done something wrong if they contract an STI.

In addition to improved sex education, let’s also share our own knowledge with others. If it’s news to you that “clean” is a damaging descriptor when applied to sexual health, share the tip with people in your network; let others know why using the word perpetuates shame and stigma. If you match with someone on a dating app that has “clean” in their bio, for example, let them know why it’s a turnoff or how they could update it to be less stigmatizing.

We can start to break stigmas by being mindful of our individual actions. One way we can smash the stigma around STIs is to change our language and help others realize they should do the same.

Inspiring girl: Focus on your strengths, not your weaknesses | Dr Ashwin Vijay