How Octavia Spencer Is Working To Beat Insomnia 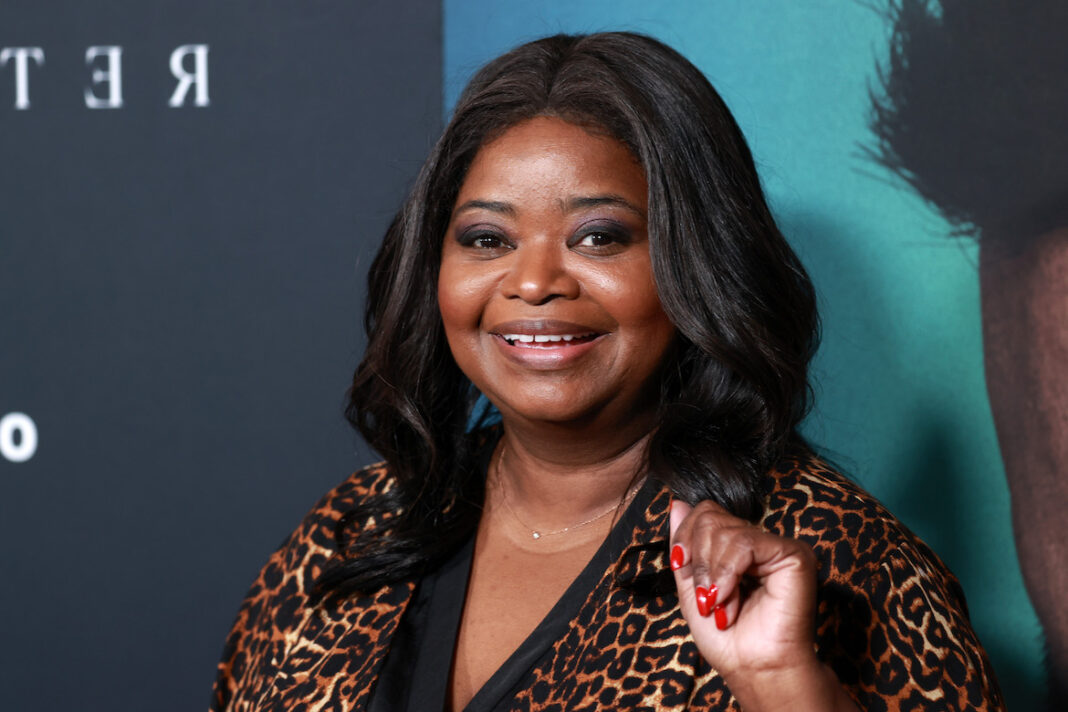 Did you have trouble sleeping last night? If so, you’re far from the only person who was lying awake at 2 a.m. In fact, symptoms of insomnia may affect as much as half the adult population. The prevalence of this all-too-common sleep thief is what prompted Oscar-winning actor Octavia Spencer to narrate the documentary The Quest for Sleep. The film dives deep into the all-important, though frequently neglected, subject of sleep hygiene.

The topic is especially personal for Spencer, who has long struggled with falling and staying asleep. “I’m a list maker,” she says, half-jokingly comparing aspects of her brain to a search engine. “When I’m not sleeping or when I’m not falling asleep easily, what am I doing? I’m recounting my lists from the day,” she says. “If I remember something that was on yesterday’s list, I think, ‘Wait a minute. Did I not do that?’ And then you hop up and you write it down, and then you start the cycle all over again.”

Spencer previously believed that she could compensate for missed sleep (whether due to a busy schedule or a busy, list-making mind) by catching up at a convenient time. Unfortunately, though, there’s no way to make up a sleep deficit. “I didn’t realize you couldn’t make up the sleep that you didn’t get,” Spencer says. “If you think, ‘Oh, I’m going to work 90 hours this week, but I’m going to rest on Saturday and Sunday,’ it doesn’t work that way. It takes its toll.”

“Being driven is wonderful, but it should not be in lieu of living a balanced life.” —Octavia Spencer

As she learned more about the importance of sleep, Spencer began to consciously prioritize her sleep hygiene—and to find help when she needed it. “My relationship with sleep has, thank God, definitely changed,” she says. But that shift didn’t happen on its own: “I don’t think it would have had I not sought out the professional help that I needed. That’s why it was so important for me to be a part of this film; I understand the community of us [suffering from sleep loss] that are out there.”

Spencer’s goal is not to shame folks who don’t sleep enough, but to help them recognize the benefits making the change to prioritize a healthy relationship with sleep. “Everybody is living in an exhausted state,” she says. “Being driven is wonderful, but it should not be in lieu of living a balanced life.… If you’re a person who sleeps less than six hours a night, that’s not good. It has long-term effects,” she says. (Indeed, chronic sleep loss is linked to a host of health concerns including hypertension, stroke, and depression.)

But in a culture that often celebrates an “I’ll sleep when I’m dead” attitude, the documentary aims to help people—pardon the pun—wake up to the cost of chronic tiredness. “I think we’ve normalized not getting restorative rest,” Spencer says. “It’s time to focus as much discourse around proper sleep and why it’s integral to our very existence.”

Here—in hopes of inspiring others to give their sleep hygiene the attention it deserves—Spencer outlines the three shifts she’s made that have helped her experience fewer insomnia symptoms.

Sleep cannot be an afterthought in order to be health supportive, especially since “sleep is integral to your being,” Spencer says. That’s why she encourages all people to consciously elevate sleep as a priority. Ideally, that looks like getting eight hours of sleep each night, but baby steps count, too. “Ask yourself, ‘How can I gain an hour and move that five hours up to six every night?'” she says. “‘What can I do to calm my brain down?'”

These changes won’t happen, uh, overnight—but they’re worth the effort. “It’s a lot to learn,” Spencer says, “but it’s one of those relationships that once you get it right, other facets of your life blossom.”

A good night of sleep may actually start in the morning, which is why Spencer says that instead of immediately rushing out the door after waking up, she benefits from creating thoughtful morning rituals. “One of the things that I’ve learned to do is meditate in the morning, and to quiet my brain,” she says. “It’s all about stretching into the day, and once you start practicing meditation, it also helps at night.”

3. …and an evening routine

Before bed, Spencer partakes in rituals that help calm her mind. “Meditating, stretching before I get into bed, and taking a hot bath are calming,” she says, adding that she also uses white noise “to quiet her brain.” And as a result of her healthy sleep-hygiene habits? “I feel like I’m getting more productive sleep,” she says.

The Quest for Sleep is streaming now.

Elements of a Great Retail Display