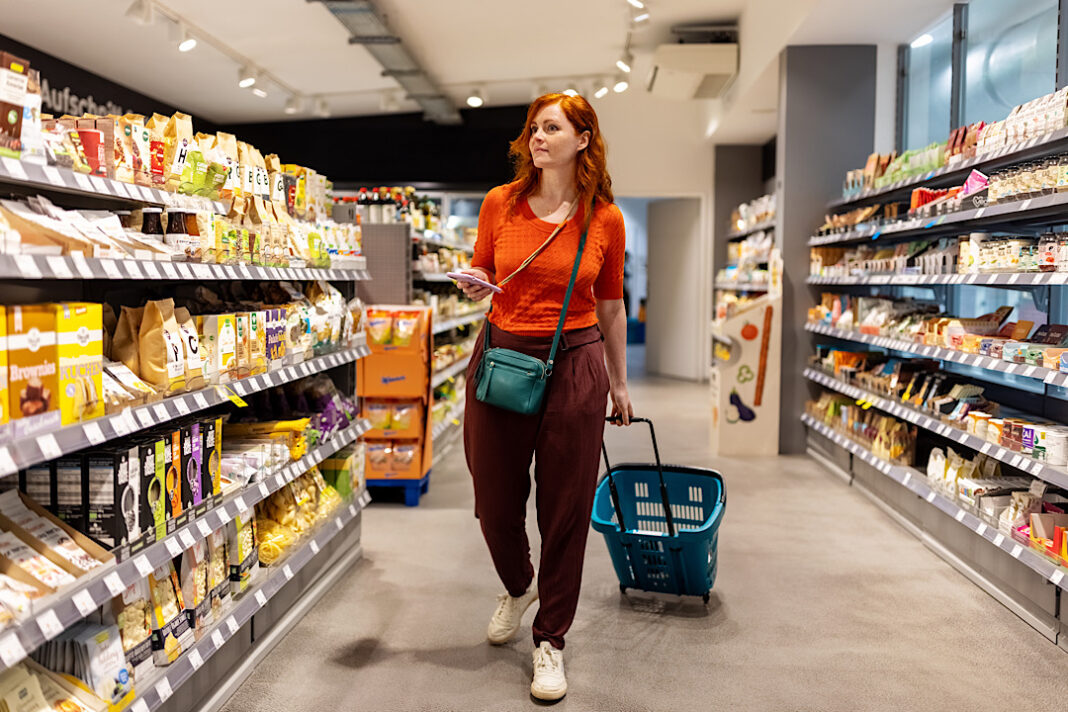 In 2019, the average American household of 2.5 people was spending $4,643 annually or $387 per month for groceries, according to the Bureau of Labor Statistics (BLS). In 2021, it was $5,259 per year or $438 per month. Over the past year, food prices have risen 11.2 percent, with groceries increasing 13 percent, according to the latest Consumer Price Index report from BLS. While nearly all foods have seen a price rise, some of the highest jumpers include; butter and margarine (32.3 percent), eggs (30.5 percent), and poultry (17.2 percent).

“High prices at the grocery store are putting a strain on many American households,” shares Colleen McCreary, chief people officer and financial advocate at Credit Karma, which recently conducted a survey that found 38 percent of Americans plan to take on debt just to cover the cost of groceries for holiday meals. “This combined with an impending recession makes it even more important for consumers to be thoughtful of how they spend at the grocery store.”

Below McCreary shares her go-to grocery staples that give her the most bang for her buck.

“I always have rice in my pantry ready to go,” shares McCreary. “It’s a great base for any meal, and it’s super easy to make, which is a huge plus for me.” The average price of rice rose from $0.71 per pound in 2019 to $0.82 per pound in 2021, however, with one pound allowing for four servings, it’s a great money-saving staple.

“Dried or canned beans and lentils are a great pantry staple as they’re not only a wonderful source of protein but also cost-effective, and can be dressed up to your preference,” says McCreary. However note while a great meat-free option, beans, and legumes are considered incomplete protein. But it’s an easy fix, mix them with complimentary proteins such as rice or corn tortillas to ensure you’re getting all the essential amino acids.

“Pasta is a no-brainer for me as you can stock up and it has a long shelf-life,” says McCreary.

Buying seasonal is always the way to go when it comes to fruits and vegetables, according to McCreary. “It helps to lower the cost as those that are in season are less expensive than those that aren’t,” she says. The financial expert also advises doing a little math and looking at the finer details of the price tag. “Sometimes it’s cheaper to buy by the ounce, while other times it’s cheaper to go by the price per unit,” she says. “Also remember you can get more mileage out of your produce if you freeze and use it later for smoothies, soups, and casseroles.”

Eggs are one of the items that have majorly been impacted by inflation, with prices increases by as much as 39.8 percent over the past year. However, it’s still a staple for McCreary for its versatility in cooking and nutritional benefits. “Check your farmer’s market for eggs as you may find a better price than at the grocery store,” she says.

But first watch this if you’re still unclear on whether eggs are as good as they’re cracked up to be:

12 Perfect Sports Bras for Every Shape and Activity Level