5 Sneakily Dehydrating Foods and Drinks, According to an RD 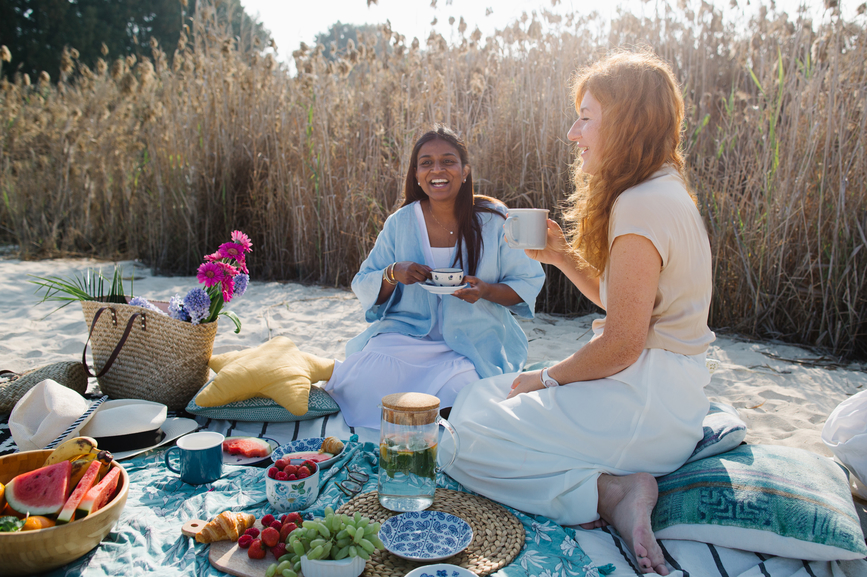 When it comes to our dietary habits, there are usually a few that we excel at and others that require more attention. For instance, I’ve always slayed my hydration game and *love* the taste of cool, crisp H2O (…but my palette still finds eating fatty fish a struggle). Yet as much as I fill and refill my water bottle throughout the day, there are times when I feel more parched than usual. Did I lose too many electrolytes sweating it out at hot yoga, or maybe forget to stock up on hydrating fruits and veggies?

While both instances could ring true, it turns out that some things I regularly eat and drink may contribute to dehydration as well—a few of which I found quite surprising.

A reminder on the importance of staying hydrated

I’m sure you’re well aware that staying hydrated is essential to feel your best—but as far as specifics go, Florida–based dietitian Kim Rose, RDN, CDCES, CNSC, LD, calls out a few benefits of note. “Proper hydration helps to regulate body temperature and lubricate joints,” she says. As she previously explained to Well+Good, hydration is also linked to your mood, mental health, and overall sense of well-being. (One study even found that drinking less than two cups of water per day can increase your risk of depression by as much as 73 percent.) Moreover, according to Rose, dehydration can augment headaches, and water—or a lack thereof—can impact cognition, perception, and energy levels.

“One of the easiest ways to combat the effects of dehydrating foods and boost hydration is to drink water, and great-tasting water free of natural contaminants makes a world of difference,” says Rose. She recommends Berkey Filters in particular, which “naturally remove contaminants and are free of heavy metals, pesticides, harmful bacteria, and viruses.” Rose adds that dehydration occurs when you lose more fluid than you ingest—so drinking up *and* keeping tabs on the dehydrating foods and drinks below are key.

Simply put, sodas are liquid sugar bombs—and added sugar’s effect on hydration levels is anything but sweet. “When too much sugar is consumed, sugar concentration in the blood increases,” Rose explains, and “high blood-glucose levels may lead to dehydration.” If you need a fizzy fix, aim to substitute your soda of choice with sparkling water instead. “You can get the same bubbly sensation and add a dash of lemon juice for a sugar-free twist.”

Soda aside, added sugars in other foods and drinks can also contribute to blood sugar spikes and thus dehydration.

In case you were about to look into sugar-free soda et al., Rose keeps us in check by clueing us into the dehydrating effects of products (such as sugar-free gum) that contain alternative sweeteners. “Sugar-free gum contains sorbitol, a sugar alcohol that mimics the taste of sugar without raising your blood sugar. While beneficial in that respect, eating too much sorbitol—more than 50 grams per day—may result in diarrhea,” she says. Since diarrhea contributes to water loss in the body, dehydration may occur.

If you regularly chew sugar-free gum, Rose recommends being mindful of this habit and to opt for hydrating fruits instead. “Fruits such as watermelon and strawberries hydrate the body and the mouth, helping to eliminate bad breath, which may trump the need for gum altogether,” she adds.

Energy drinks are next up on Rose’s list. “Excess consumption of energy drinks containing caffeine may cause increased urination,” she shares. Naturally, the same goes for coffee and other caffeinated beverages, which is why she reminds us not to exceed the recommended upper limit of 400 milligrams of caffeine per day. Simply stated, caffeine-rich beverages are among the most dehydrating foods out there as they’re considered to be diuretics.

However, when it comes to energy drinks in particular, Rose mentions that some contain as much as 200 milligrams of sodium per serving. “When too much sodium throws the body and the kidneys out of whack, the body becomes dehydrated. Drinking multiple energy drinks may increase urination and put you over the edge for daily caffeine intake.” To combat this double offense to your hydration status, she recommends skipping energy drinks and sipping on low-sodium beverages, such as coconut water, instead.

As much as we need protein in our diets, it turns out that an excess of it may contribute to dehydration. “Consuming excessive amounts of protein can warrant an increased fluid intake to prevent dehydration,” Rose says. She notes that protein needs vary from person to person and are based on age, gender, and level of activity, so it’s worth speaking to your doctor for the ideal daily intake that best suits your body and goals. “If you choose to increase your protein intake, just pair it with some hydrating produce such as lettuce, cucumber, watermelon, and/or tomatoes,” she says.

Lastly, Rose calls out pickles as one of the more notorious dehydrating foods of the summer months (I mean, who doesn’t love noshing on a few spears alongside a relish-topped hot dog?) While she says that they’re great on or alongside sandwiches—or, you know, straight from the jar—they’re high in salt, which can be dehydrating. To keep your salt intake from pickles in check, “choose sweet pickles or pickles with 50 to 70 milligrams of sodium per serving instead of pickle spears,” Rose suggests. “Additionally, pair pickles with a glass of water or a gazpacho to stay hydrated.”

Looking to Reduce Stress? Brazilian Jiujitsu May Be the Workout You Need