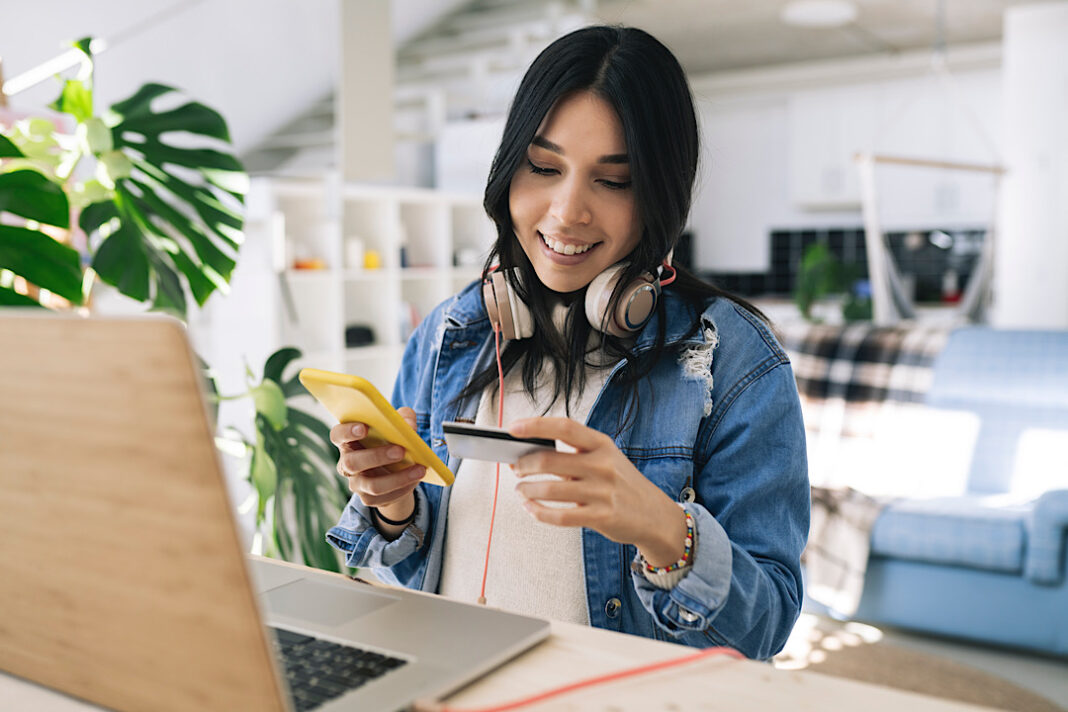 If news of a looming recession has you feeling stressed about your finances, know you’re not alone. Surveys show that most Americans are uneasy about the prospect—and what it may potentially mean for their personal economy. Even before inflation hikes, 50 percent of U.S. adults said they felt stressed when discussing their finances, and 60 percent felt anxious just thinking about money, according to a 2021 study by George Washington University. But looking at, thinking about, and talking about money are some of the best ways to deal with financial stress. Furthermore, financial experts will tell you that, when it comes to preparing for a recession, paying off debts (the average American has $14,241 worth of credit card debt, reports Ramsey Solutions) and saving money for an emergency fund are among the smartest steps you can take.

However, it’s not as simple as saying: “Stop spending and start saving.” Our financial habits, particularly how we spend and save, are impacted by a variety of internal and external factors, including our mental health, upbringing, and even our brain chemistry, that can cause us to self sabotage with money. Without you even being aware, these factors could be undermining your efforts to improve your relationship with money. “Self-sabotage is any thought or behavior that’s intended to harm or impede oneself in some way,” shares licensed psychologist Kyler Shumway, PsyD, CEO of Deep Eddy Psychotherapy. “It’s often used to defend ourselves from something scary or painful and avoid uncomfortable feelings—so rather, we engage in unhealthy behaviors.” Retail therapy is a prime example.

1. You’re buying things based on your insecure attachment style

The same attachment styles that influence how you relate to others—secure, avoidant, anxious, and disorganized—can also influence how you relate to money, according to Dr. Shumway. “Each attachment style may respond from that desire to avoid discomfort,” he says. A secure person may be more prone to save and budget, and generally feel more confident and capable when it comes to their personal finances.

While those with an insecure attachment style (i.e. avoidant, anxious, or disorganized) are more likely to engage in self-sabotaging behaviors. “For example, an anxiously preoccupied person may spend money on others in the hopes that they will be loved,” Dr. Shumway says. The good news here is that anyone can learn to become more secure, and becoming aware of your insecure attachments—and how they influence your spending habits—is the first step.

2. Emotional dysregulation is influencing your decisions

For many, spending money is a distraction from uncomfortable emotions. Rather than regulate, or gain control over, your emotional state internally, you allow it to control you or seek things outside of yourself in an effort to feel better (i.e. emotionally regulated). “Maybe spending temporarily numbs feelings of loneliness or insignificance, or buying something fancy helps you to forget your sadness, even for a moment,” says Dr. Shumway. But the feelings are fleeting and you’ll need to buy something else in order to feel the same effect, which is how you can find yourself in a cycle of overspending.

Envy and jealousy, in the form of financial FOMO (fear of missing out), also come into play here. Whether it’s the latest smart phone or you see your friend on social media living it up in Europe, it’s important to take a step back before making a purchase purely to give yourself a quick dopamine hit because a 2016 study found that “the feeling of envy in purchasing decision processes led to impulsive buying and conspicuous consumption.”

An umbrella term for any/all variations in thought pattern or cognitive function from what’s considered typical, neurodivergent conditions include ADHD, autism, Asperger’s syndrome, dyslexia, epilepsy, hyperlexia, OCD, and Tourette syndrome, and are exhibited in 15 to 20 percent of the population, according to the National Cancer Institute. Emotional dysregulation is common amongst people with neurodivergent conditions, often increasing the likelihood of emotional spending. Neurodiverse individuals are also more likely to have difficulty concentrating and focusing on tasks, for example, budgeting.

What’s more, in 2019, the Journal of Consulting and Clinical Psychology studied the long-term money habits of neurodiverse children. They found that by age 30, people with ADHD had a lower monthly income, less money in savings, and regularly received more financial support from others, compared to those without ADHD. The important takeaway here is that by understanding the way neurodivergencies can impact financial habits, it’s possible to mitigate their negative effects through interventions.

While it’s important to be aware when someone else is attempting to manipulate you, it’s equally as important to know when you’re using this psychological technique on yourself. “Our minds can play tricks on us to accomplish what the brain wants,” shares Dr. Shumway. “We may tell ourselves little lies like, ‘Just this one time,’ ‘I’ll make it up somehow later,’ or ‘It’ll be worth it,’ no matter how much it costs. When we collude with our brains and ignore the wise choice, we tend to choose poorly.”

5. You’re still embracing learned behaviors that no longer serve you

Our upbringing around finances and money talk greatly affects our spending habits in the future. For example, if you were raised by people who had insecure attachment styles to money, you likely picked up their spending habits because they were what you learned was “normal.” Same goes with emotional spending or using manipulative self-talk to justify not sticking to your budget or maintaining your boundaries around money.

But the cool thing is that you can retrain or rewire your brain at anytime to operate in a way that’s more aligned with the life you want to live. Building new thought patterns and habits takes time, and one of the best ways to reinforce new mindsets around money is by taking action.

“Don’t save your credit card on your browser,” suggests Dr. Shumway. “Don’t scroll through online shopping platforms without a specific purchase in mind, and avoid shopping as a pastime.”

“Avoid using your credit or debit card, and rather, take out a set amount of cash each paycheck,” recommends Colleen McCreary, financial advocate and chief people officer at Credit Karma. “That way, if you start the week with $100 in your wallet, and you’re down to $30 by Wednesday, you know you have to plan and pace yourself.”

“It’s equally as important to spend your hard-earned money on things that bring you joy as it is for them to save—you deserve it,” says McCreary. “Factor in a splurge category into your budget to treat yourself for your hard work.”

“Pay attention to moments when you feel like shopping, spending, or splurging,” says Dr. Shumway. “What led to that temptation? What feeling might you be trying to avoid?” Journal about them and see if you can start to notice any patterns. Consider seeking help from a mental health professional to better understand the underlying reasons you’re emotionally spending, and to receive tools to help you regulate your emotions that don’t involve retail therapy.

“Oftentimes, impulse spending can cause serious buyer’s remorse down the line,” says McCreary. “If you wake up the next day and still feel strongly about buying it, and it won’t cause you to overspend, go for it. This method will help avoid impulse spending beyond your means.”

The more you take time to notice your thoughts and feelings around the way you’re spending money, the more likely you are to do so from a conscious place. Makes cents.

What is Yoga? • Yoga Basics

Honk For Jesus. Save Your Soul.: Trailer, Cast, Release Date