You Might Soon Be Prescribed Pilates for Long COVID 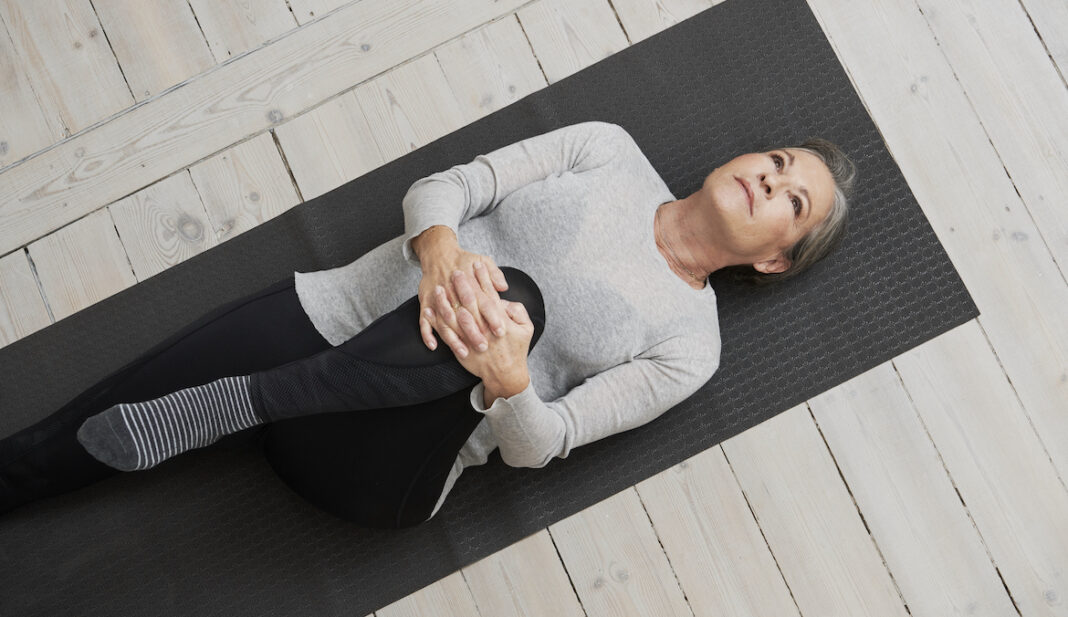 If you’ve been struggling with long COVID, a new study shows there might be a surprising path to recovery: Pilates.

The research, published in Sports Health: A Multidisciplinary Approach, found that long COVID sufferers—who had been hospitalized with COVID-19 and had reported shortness of breath and fatigue since being discharged—saw their lung function increase by a staggering 34 percent following an eight-week Pilates program.

More specifically, those who undertook an aqua Pilates course improved their lung function by 34.7 percent, while those who did traditional Pilates improved by 32.3 percent. There was also a significant improvement in quality of life scores for both groups.

The preliminary study has been met with positive feedback within the scientific community, which is currently lacking in research in long COVID rehabilitation. “I was quite surprised at how beneficial it was in improving lung function. An improvement of 32 percent I would consider to be huge,” says Enya Daynes, clinical physiotherapist and COVID rehabilitation lead at the Leicester Biomedical Research Centre.

Why is Pilates so good for lung function?

Existing research shows that during Pilates training, several muscle groups are engaged, including those involved in breathing, which can help to improve pulmonary (lung) function. A pre-pandemic study in 2015 found that eight weeks of Pilates training improved lung capacity and abdominal muscle thickness in inactive women.

Today, since the pandemic is still ongoing, it’s worth noting that Pilates is also a low-risk activity in regards to contamination since mat-based classes rely on body weight rather than equipment, and can easily be conducted remotely.

Why is aqua Pilates more effective?

When looking at why the Aqua Pilates group showed even greater improvement than in the standard Pilates group, researchers believe the additional resistance that water creates was extra beneficial. Moving in water forces the muscles involved in breathing and movement to work harder with little additional risk of strain on the muscles or stress on the joints.

This reflects the results of earlier research which found that water training improved respiratory muscle strength and lung capacity to a greater extent than working out on land, due to viscosity and water resistance.

Would any kind of exercise have similar effects?

Just because Pilates was the modality studied in this research doesn’t mean other forms of exercise wouldn’t have a similar effect, something the authors acknowledge.

“I think it’s absolutely fair to say—I don’t know what—but probably any similar type of low-impact exercise that engages pulmonary function would probably elicit something comparable,” says Clark. But for people with long COVID who may suffer from severe tiredness, Pilates and aqua Pilates are good forms of low-intensity exercise, he adds.

Meanwhile, the quality of life improvements found in the study were attributed to the positive effects of Pilates training on reducing depression and improving mental health, due to the release of “happy” mood hormone serotonin. But arguably any type of physical activity could have a similar impact. For instance, a 2010 study on coronary heart patients who did six weeks of moderate circuit training found that they also improved their quality of life and reduced depression.

“There will be other benefits from other exercises. We have seen similar increases in breathing and quality of life in treadmill walking and cycling,” says Daynes.

Should I take up Pilates?

Clark is keen to emphasize that this study was conducted on middle age participants who were inactive and overweight, so the results might not be as significant for people who are already fit and active.

“Pilates and aqua Pilates are a good first step,” says Clark, but he adds, “Take the results as a positive, but take them with a pinch of salt.”

He also explains that the best improvements are likely to be seen at the beginning of training. “It is unlikely that if you did it for another eight weeks you would see another 20 to 30 percent improvement. You won’t improve linearly,” he adds.

Daynes argues that any type of activity is beneficial, but it is important that people recovering from long COVID can engage in something they enjoy—and Pilates is not for everyone.

“It all needs to be applied with caution because COVID is so complex and multifaceted,” she says. “Generally it is about returning to activity. It doesn’t necessarily have to be Pilates. It is about doing more exercise within your current limitations and not pushing through fatigue. Gradually increase activity and exercise with your symptoms in mind.”

Best Disney Plus Movies For Adults

Celebrities Who Died in 2023