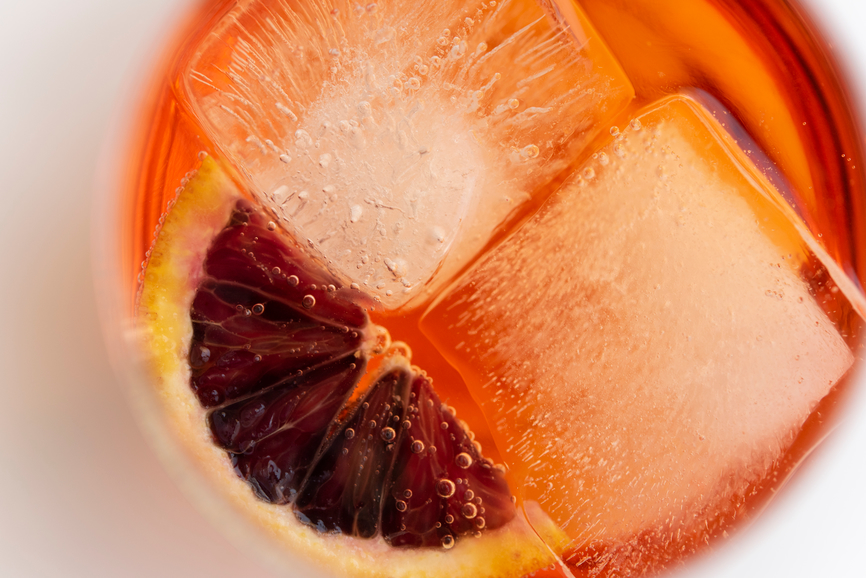 On a mission to boost your gut microbiome? If so, there’s a good chance you’re already diversifying your intake of plants, prioritizing prebiotics and probiotics in your diet, and stocking up on fermented foods. Perhaps you even sip on fermented drinks like kombucha and kefir in the hopes of getting your gut right while staying hydrated. But with a wider variety of these grab-and-go fizzy drinks lining grocery shelves than ever before, does one reign supreme as far as nutrition and gut benefits go?

To find out, we asked Brooklyn–based dietitian Maya Feller, MS, RD, CDN, for her expert take on how some of the most popular gut-boosting fermented beverages of the bunch stack up.

What a dietitian *really* thinks about popular fermented drinks

Whether you love it or hate it, kombucha is arguably the most ubiquitous fermented beverage on this list. But what is it exactly and how does it stack up from a nutritional standpoint?

“Kombucha is made by fermenting tea and sugar with a symbiotic culture of bacteria and yeast (SCOBY),” Feller says. “The byproducts of the fermentation process result in a beverage that contains antioxidants, bioactive compounds, and probiotics.” It sounds like a nutrient powerhouse—so kombucha must be a proven all-star for your gut and greater health, right?

Well… not so fast. “While the science is still inconclusive about the direct health benefits of kombucha, there is evidence that supports the importance of pre- and probiotics in the pattern of eating and their impact on the microbiome,” Feller says. However, more studies amongst human participants are necessary to confirm that kombucha fully lives up to all the hype.

Moreover, Feller says that commercially-made kombuchas are produced through various methods, resulting in differing amounts of bacterial strains. “Some brands add carbonation instead of letting the fermentation process produce natural carbonation, which reduces the probiotic content,” she adds. For this reason, it’s important to look for probiotic callouts on the label and do some digging to find kombucha options that won’t only make you pucker up, but also have the probiotic strains and count necessary to yield a given benefit.

Then, there’s the consideration of added sugar—which works against your microbiome—that you’ll need to contend with. “While all kombuchas are going to contain sugars on the nutrition facts label as it is a main ingredient in production, look for kombuchas with less than 10 grams of sugar,” says Feller. She also suggests drinking no more than 16 ounces daily—and even skipping it if you’re prone to digestive distress.

You might have heard of or tried dairy-based kefir before, but did you know that water kefir is also a thing? If not, here’s what’s worth knowing about this refreshing fruity alternative.

“Water kefir is made by fermenting sucrose with water kefir grains, a culture of bacteria and yeast that includes lactic acid bacteria and acetic acid bacteria,” Feller says. The result? A probiotic-rich carbonated beverage. “Some studies have shown that kefir grains contain over 50 strains of beneficial bacteria and yeast. Many health-promoting effects have been attributed to kefir, including tumor suppression, improved gastrointestinal health, improved wound healing, and antimicrobial properties.” On this last point, Feller adds that some studies in animals found that kefir intake is associated with an increase in beneficial microbes and a decrease in harmful microbes, though more studies are needed to confirm these benefits in humans.

All things considered, water kefir can be a good option for those who don’t enjoy kombucha and/or want to experiment with different forms of probiotics. “It’s also a great alternative to dairy-based kefirs for those who follow a vegan eating pattern or are intolerant to dairy,” Feller adds.

While you might have experimented with ACV shots in the past or whipped up your very own tart tonic, canned and bottled drinking vinegars are convenient options to get your mouth-puckering fermented fix on the go. But how do we get vinegar to begin with?

“Vinegar is a combination of acetic acid and water produced by a two-step fermentation process,” Feller begins. “First, yeast feed on the sugars and starches of any liquid from carbohydrates such as fruits, rice, or potatoes, producing alcohol. Second, when alcohol is exposed to oxygen and acetic acid bacteria, the liquid ferments further, forming vinegar.” So is this end product as good for your health as we’re led to believe?

“Certain kinds of vinegar, such as apple cider vinegar, have been touted as a solution for many complex health issues—but their purported benefits have yet to be proven in research,” Feller explains. Also, while vinegars are produced via fermentation, they aren’t actually probiotics. With that said, it doesn’t mean that your DIY concoctions or grab-and-go drinking vinegars deserve a hard pass. “Some vinegars may act as prebiotics, such as pectin found in apple cider vinegar,” she explains. Since prebiotics feed good gut bacteria, drinking vinegars *can* be beneficial for your gut. Plus, she adds that vinegar “has the ability to break down the chemical structure of protein, which can improve digestion.”

In sum, ACV drinks have the potential to promote a healthy gut, but you’ll need to get your probiotics elsewhere and still take care to support your microbiome in other ways. (Note: Feller says that people who take diuretics need to be mindful of their vinegar intake, as it can alter potassium levels.)

So is one fermented drink better for your gut than the rest?

Simply put: Not really. “There’s no single drink that will provide a microbiome boost. Instead, I recommend individualizing what a person eats or drinks while taking their [own] health and life into consideration,” Feller says. It’s also worth noting that consuming these drinks in excess can result in discomfort if you have a sensitive stomach. “For instance, a high intake of carbonated drinks and/or too many probiotics can lead to digestive distress such as gas and bloating,” Feller says. So moderation is key.

At the end of the day, while these may be included in your regimen for gut health, other dietary and lifestyle habits will have a much greater impact on how balanced and resilient your gut will be. Above all, if boosting your microbiome is your goal, Feller says you’ll need to swap pro-inflammatory foods and drinks that increase pathogenic bacteria—think sugar, alcohol, saturated fats, etc.—for healthier fare.

Chris Evans Is Focused on Finding a Life Partner