Esther Perel on How To Resolve Deep Relationship Conflict 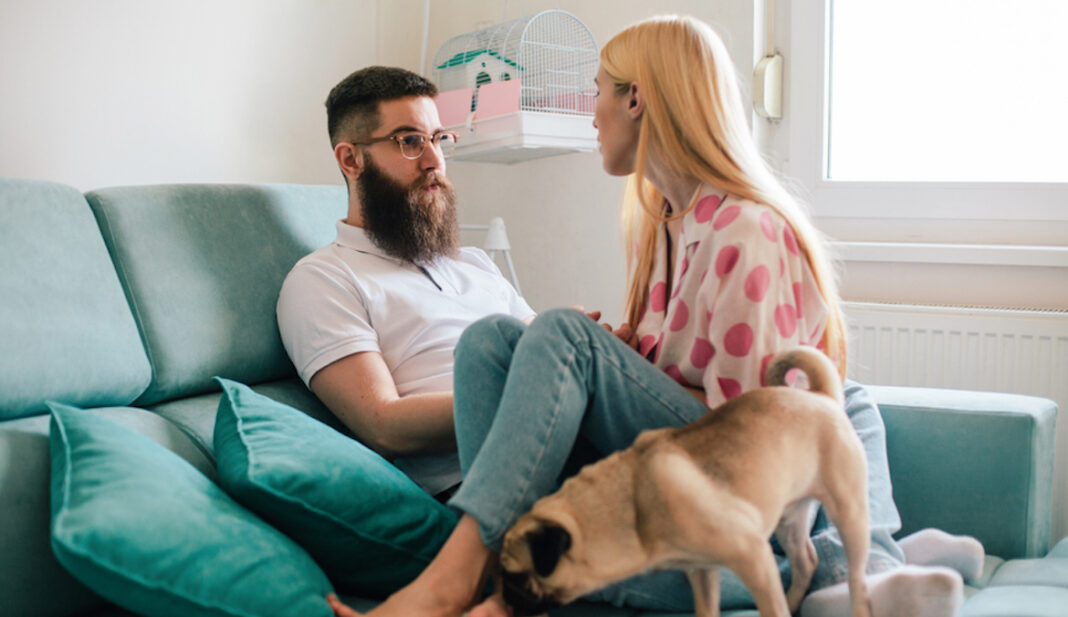 Spend enough time with a significant other, and you’ll find that certain minor arguments sometimes get only partially resolved—and then simmer in the background, ready to boil over in a triggering scenario. For example: A couple who fights about one person being late to an important event (and then makes up) is likely to have a bigger fight should the same situation play out again. Over time, these types of touchpoint differences in behavior can become cemented as long-term relationship conflict. But, it’s possible to break the cycle and resolve these deep-set tensions by reversing your usual scripts, says psychotherapist Esther Perel.

Renowned for her groundbreaking work spanning all elements of relational intelligence, Perel has spent years analyzing just what it is that keeps relationships thriving versus splits them apart. Now, she’s packaged her most essential pearls of wisdom in a new class available on MasterClass. And to no surprise, understanding the different types of relationship conflict (along with how to avoid and resolve them) are among the key lessons in the class.

Perhaps the trickiest kind of relationship conflict to address is the long-term or lingering conflict, largely because it tends to underscore every interaction, boxing both partners into particular roles. In the dynamic of the late partner and the punctual partner, for example, the first one gets put into the “careless” box, while the second becomes the “responsible” one, says Perel. “In other cases, you might find that one person is always the one with the ideas, and the other is the one with the rules; or one person is the party pooper, and the other is the dreamer,” she says. “Each partner becomes completely narrowed in their distinct caricature of themselves.” Once that’s the case, the distance between them only grows, making it tougher to find a middle ground.

How relationship arguments can get entrenched as long-term conflict

Once two people find themselves on opposite sides of an issue or in two realities that are at odds, it’s easy for them to inadvertently contribute to their own distance through a feedback loop that Perel calls, “the more, the more.” This refers to how asking a partner to do “x” thing can make them all the more likely to do “y” instead—or have the reverse impact as intended.

Take a person who wishes their partner would show their affection more readily. The more they ask their partner to do things that show them that they care, the more their partner feels as if they’re not doing enough or they’re not worthy of being in the relationship, says Perel, which will just push them further away. “Even if they ultimately choose to do the things asked of them, the more likely it is that they’re doing them out of compliance or obedience and not out of heart, anyway,” says Perel.

“People tend to add to the escalation of a long-term conflict, leading their partner to do and say the opposite of what they actually want.” —Esther Perel, psychotherapist and relationships expert

Similarly, it’s all the more likely that if you ask a person to do something fundamentally different from what they’ve always done, they’ll assume that you aren’t taking their position into account and dig in their heels, as opposed to making a change, adds Perel. “In this way, people tend to add to the escalation of a long-term conflict, leading their partner to do and say the opposite of what they actually want.”

How to “flip the script” to resolve lingering relationship arguments

In most cases, this comes down to owning the opposite person’s script. For example, consider again the couple where one partner is always late. Maybe they’re coming home late from work, and in this case, they’ve missed dinner with their kids. “The first thing they might say is, ‘Sorry,’” says Perel, “and blame it on an important meeting or additional work. But what they’re really saying to their partner is, ‘I had something more important than you.’” In response, their partner might say something like, “‘You don’t value my time,’ or, ‘You take for granted all the work I’ve done to prepare dinner,’” says Perel.

But, what if the late person decided to take on their partner’s script, and acknowledge all of those things directly? “Instead of, ‘Sorry,’ they might say, ‘I’m so thankful for you because if it wasn’t for you being here taking care of the dog, the children, dinner, etc., I wouldn’t have been able to stay late and do this thing I needed to do,’” says Perel. “This way, they’re not saying, ‘I have something more important than you,’ but instead, they’re saying, ‘You are the person that is the most important to me, and you are who makes it possible for me to go and do the other things. I am interdependent with you, and I value you.’”

In this scenario, the person who was home, handling things amidst their partner’s tardiness, is now freed from having to explain their value contribution and why the lateness was an issue for them, says Perel. And that’s all because their partner flipped their usual script.

Generally, if you can anticipate what your partner will say and make that your response to a potentially conflictual situation, you’re changing an old dynamic and allowing them to respond differently, too, says Perel, which is how you can resolve long-term relationship conflict over time. It may sound cliché, but it really is the case that “if you want your partner to react differently, you have to change your own reaction,” she says.

We’re Pregnant! {Our Pregnancy Announcement For Our First Baby}