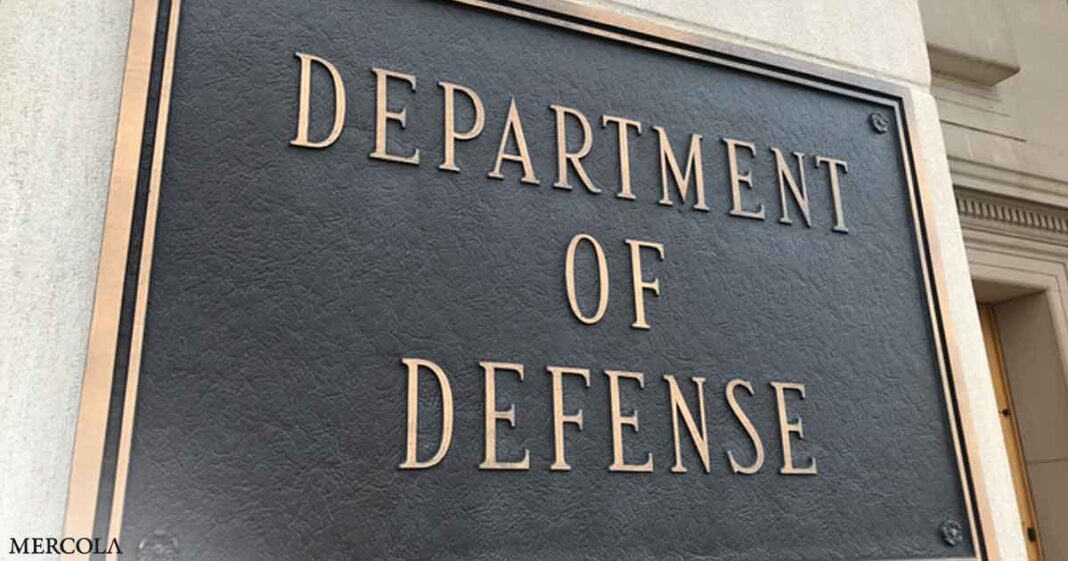 This story is about what could turn out to be one of the biggest cases of medical data fraud. It is based on my conversation with Mathew Crawford, whom I had the pleasure of interviewing for my podcast.

Mathew’s background is in statistics, actuarial sciences and math. In the past, he has worked on Wall Street, then focused on the field of education, writing textbooks and helping build educational companies.

Mathew started looking out for a large-scale dramatic event before the pandemic was announced. He became alarmed when right on the tail of the repo market crisis that happened in the fall of 2019, the Federal Reserve loaned $4.5 trillion to just three banks. (The Fed “quietly released the names of the three banks” who received the loans on December 31, 2021.)

Therefore, as soon as the unusually irrational and economically peculiar “COVID response” was thrown at us, Mathew became suspicious of the “pandemic clownery.”

In his Substack post from February 2022, Mathew described being “shocked listening to Renz in real time” and learning about “the DoD whistleblowers (Drs. Samuel Sigoloff, Peter Chambers, and Theresa Long) or the startling findings from the Defense Medical Epidemiology Database (DMED):

Renz makes the database publicly downloadable here.” From there, the things got complicated. And before we dig in, let us first identify the elephant in the room.

The Elephant in the Room: A Summary

After Tom Renz made his earth-shaking announcement, the DoD came out and said that they had experienced a server glitch, and therefore, the whistleblower data was no good.

And as the DoD was hiding behind the unsigned statement about a “server glitch,” Mathew Crawford went ahead and analyzed a set of publicly available but obscure industry reports sourced from that same DoD database (DMED).

Having looked at the reports, he found that by the time the brave whistle blowers queried the DMED data, the data might have been already corrupted twice, using two different methods — potentially covering up vaccine injury in a very tricky way. (We’d need to look at the original data in order to know for sure what happened.)

Mathew believes that most likely, somebody at the DoD noticed elevated levels of illness in the 2021 data — after all, that’s what the whistleblower doctors have been seeing on the ground — and decided cover it up.

He thinks that the main coverup was done by retroactively changing the data in DMED for the previous years (2016 through 2020, which was done mid-2021, somewhere between May and July 2021, before Tom Renz’s announcement), thus making earlier years look worse than they were, in a number of categories.

But then in addition to that, the already altered database was migrated to a new server, possibly to make it more difficult to investigate. Per Mathew, it is theoretically possible that the in the process of migration, there was a genuine glitch — or maybe there was an intentional glitch to create more confusion and discredit any future whistle blowers.

Mather’s main point is that even if there was a glitch, that glitch likely came on top of the already faked data — and that is what he is trying to scream from the rooftops about.

And amazingly, if there really was a glitch during the sever migration (around August 2021), it went unnoticed for five months — in the military — despite the fact that the data was used by the DoD for troop preparedness evaluation, and also internally used by the CDC. No big deal, I guess.

No one looked, and no one noticed for at least five months that the data for previous years had undergone dramatic changes! I say, believe the DoD. They are trustworthy and would never lie to us. Here is the early timeline, as a direct quote from Mathew:

Below is the general timeline, according to what Mathew told me in the interview (I have published a version of this timeline here):

The Timeline and the General Plot

Mathew hopes that a number of attorneys file FOIA requests and try to get a hold of the original data. This is not an easy task by any stretch of imagination. The data could be classified — and per Mathew, opening it up to the public could even require an Act of Congress.

But on the other hand, if the DoD bureaucrats are honest — which of course they are because they would never lie to us — and if they are already publishing their data in an industry journal, and if the injections are safe and effective, what do they have to hide?

Importantly, Mathew is encouraging interested parties to independently look at the MSMR data and draw their own conclusions. The data is publicly available.

On my end, I feel like we should try every avenue to establish the truth. At this point, our legal system is a little bit shaky but it’s still functioning — and I hope that more and more people start thinking from the inside and asking questions. I also hope that qualified attorneys file those FOIA requests, and we start getting somewhere. And yes, we might need a miracle but miracles follow love and courage. Time for love and courage is now.

To find more of Tessa Lena’s work, be sure to check out her bio, Tessa Fights Robots.

How to Enjoy the Holidays without Wrecking your Diet