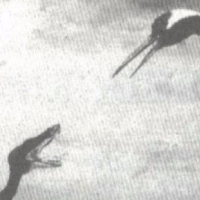 I try not to do too many posts that are basically just a video, but I thought this one from Kung Fu world showing how the various parts of Chinese armour were worn was pretty good. There’s not much information provided with the video, but from looking at it I think it’s based on Song Dynasty (960 – 1279AD) armour – I could be wrong about that, but what’s interesting about it is that your average person saw this they would probably think this is Samurai armour from Japan, especially because she’s holding a sword that looks a bit like a katana.

Chinese armour really reached a peak in terms of technology in the Song Dynasty because the Chinese were fighting their most difficult opponents at the time, the Mongol army. This was the time of the folk hero General Yue Fei, who is traditionally associated with the martial art of Xing Yi and Xin Yi. Eventually the Song Dynasty collapsed and the Mongols took over, creating the Yuan Dynasty which only lasted from 1271 to 1368.

Tips For Hosting A Dinner Party