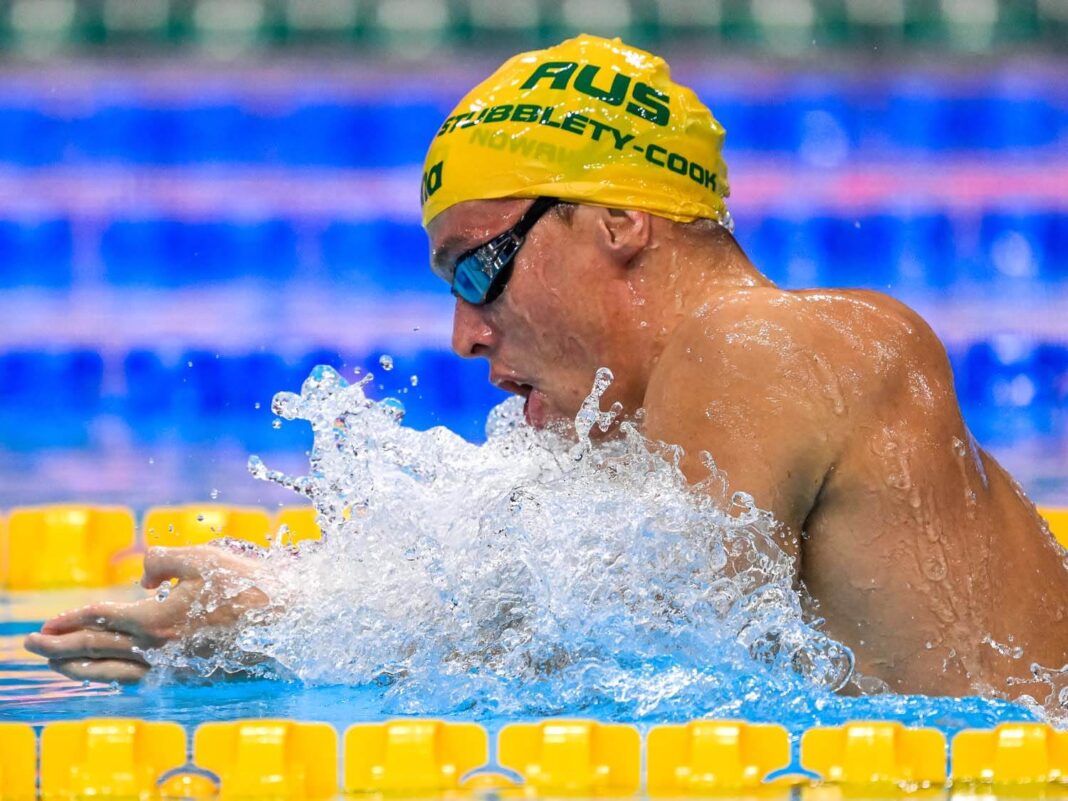 The trifecta is complete for Zac Stubblety-Cook.

With Olympic and World Championships gold medals in the 200-meter breaststroke already secured, the Australian added the Commonwealth Games title to his collection on Friday night. Competing at the Sandwell Aquatics Centre in Birmingham, England, Stubblety-Cook claimed his latest crown in a time of 2:08.07, the performance notched on the one-year anniversary of his Olympic triumph.

Heading into the meet, the event was one of the most predictable on the schedule, but Stubblety-Cook had to produce a come-from-behind triumph to beat England’s James Wilby, who earned the silver medal in 2:08.59. The bronze medal was picked up by Scotland’s Ross Murdoch, as his effort of 2:10.41 was quick enough to deny a podium place to Aussie Matthew Wilson (2:10.57).

Although best known for his back-end speed, Stubblety-Cook didn’t figure to face much of a deficit, if any at all, at the Commonwealth Games. Yet, he found himself trailing Wilby by a half-second after the opening 50 meters and by .69 at the 100-meter point. True to form, Stubblety-Cook stayed strong over the last two lengths, with a 32.97 split pulling him to within .36 and a closing lap of 32.31 propelling him to the wall ahead of the field. Wilby closed in 33.19, nearly a second slower than the Australian.

While Stubblety-Cook was a major international factor before the Olympic Games in Tokyo, he has been an unstoppable force over the past year. In addition to winning a trio of major championships, Stubblety-Cook also set a world record of 2:05.95 at the Australian Championships in May. He is the only athlete to crack the 2:06 barrier in the event.