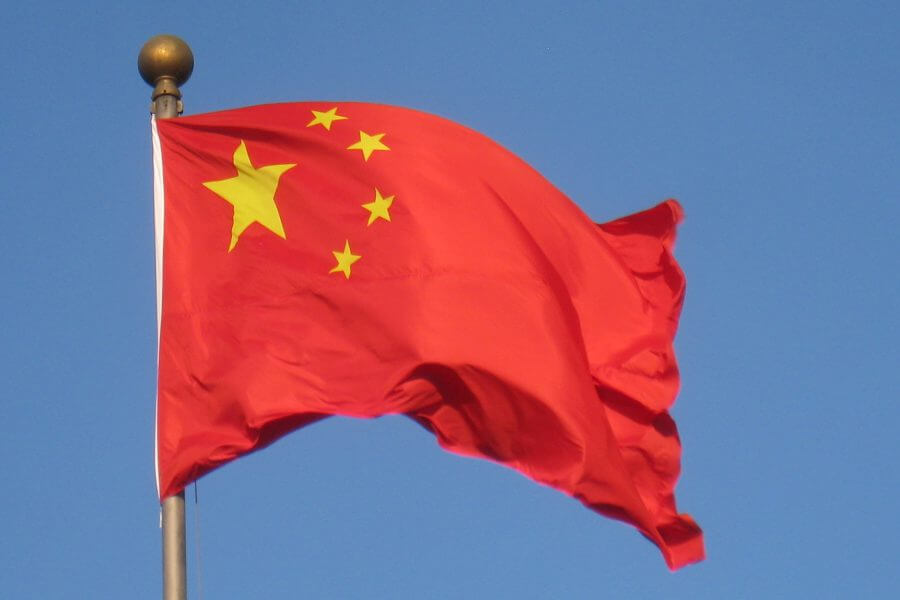 The similarities could not be overlooked. Sudden, and massive, drops in time. A revolving cadre of new names. Deep voices. Extraordinary musculature. And, perhaps most important, whispers around the deck.

Just as the East German women emerged from obscurity in the early 1970s and embarked on a nearly two-decade-long reign, Chinese women surfaced in the 1990s to disrupt the hierarchy of the sport. It was eventually proven, through government-overseen documentation, that East Germany ran a systematic-doping program in which teenage girls were fed and injected with steroids to build a superpower sports program.

There has never been concrete evidence of a systematic program in China, but spectacular individual improvements and specific periods of domination suggest the reliance on artificial support. Add in the numerous positive doping violations that were recorded during the decade, and only willful ignorance would deny that Chinese efforts in the 1990s were achieved through dishonest means.

At the 1988 Olympic Games in Seoul, China was largely an afterthought, as it captured four medals – three silver and a bronze. While that total did not attract widespread attention, it was a significant improvement over the previous two global championships in which China participated. At the 1984 Olympics, which featured a diluted field due to the Eastern Bloc boycott led by the Soviet Union, China did not earn a single medal in the pool.

Another empty performance was registered at the 1986 World Championships, but there was more to the story than the simple failure to miss the podium. In events in which the country had entries, Chinese athletes produced times that were far from world class and ranked near the bottom of the field. Yet, in two years, there was China with four Olympic medalists, and finalists in several other events.

Early signs of a dirty operation had surfaced.

If the 1988 Olympics served as a breakout, the 1991 World Championships and 1992 Olympics confirmed that China was not going to fade away, but instead would become a presence in international waters. After China collected four gold medals, a silver and a bronze at the World Champs, the Barcelona Olympics brought nine medals – four titles and five silver medals. More, world records started to fall to the nation’s athletes.

Although suspicions over the Chinese performances were intensifying, the opposition was cautious to speak out publicly and levy accusations of performance-enhancing drug use. However, that timid approach changed at the 1994 World Championships, where China was unstoppable and looked every bit as unbeatable as the East Germans at the peak of their doping program. In Rome, China prevailed in 12 of the 16 events.

As China pummeled the competition, disgust built among coaches and athletes. One of the first big names to accuse China of orchestrating a systematic-doping program was Dennis Pursley, the United States’ National Team Director. Watching China sweep the women’s relays and set multiple world records was too much for Pursley to take.

“I believe you have to be incredibly naive to ignore the circumstantial evidence,” Pursley said. “The current situation is an exact replica of (East Germany), and it is depriving deserving athletes of the attention and success they deserve. We can’t put our heads in the sand again and pretend what we know is happening isn’t happening. Our athletes just aren’t buying it this time. Common sense tells you that our athletes aren’t going to make the major sacrifices required to compete at this level when they know the deck is stacked against them. I have a high level of respect for the expertise of the Chinese coaches. I also have a lot of respect for the dedication of their athletes, but that alone cannot possibly explain how they could have a whole bunch of swimmers improve dramatically in waves, just like the East Germans. The ones here are different than in Barcelona, and we probably won’t see the same (athletes) in Atlanta.”

It wasn’t surprising that China vehemently denied the doping allegations it faced, but the success the country enjoyed lied in the face of common sense. One of the primary defenses used by China and its supporters was the country’s population, and the statistical opportunity to find top-tier athletes in a land of more than a billion people.

But China had long had a population which exceeded its rivals, so why wasn’t there a history of success? Cheng Yun-Peng, the Chinese Swimming Association’s National Technical Director, argued the nation featured superb coaches and elite training facilities which enabled its swimmers to excel. The reasoning wasn’t accepted.

Ahead of the 1995 Pan Pacific Championships, the swimming federations of the United States, Australia, Japan and Canada voted to exclude China from the competition. The unity demonstrated a concerted effort to shed light on the doping problems in sport, and to specifically highlight the anomalies in China’s performances.

“People are suspicious because we are getting stronger very quickly,” Cheng said. “The first thing is that maybe we haven’t helped other people understand how hard we train. The second thing is maybe there are some sour grapes. The third thing is that for many years, there have been just Europe and America in swimming, no Chinese, and they can’t stand that we caught up to them. Maybe it is a kind of racism, and it makes us Chinese very angry. We learned from the Americans, the Australians, the Germans, the Hungarians, the Russians, everyone. And we developed a system we thought would work for us. Most of the swimmers I’ve seen here from other countries are not very strong. Speed depends on power, and power depends on a muscular body. The problem is that big muscles create misunderstandings. As soon as someone sees them, they think doping.”

Cheng might have tried to divert suspicions with his words, but he couldn’t alter the results of some doping tests that came back positive at the 1994 Asian Games, which were held a month after the World Championships. At the Asian Games, 11 positive tests were returned by Chinese athletes, including world-champion swimmers Lu Bin and Yang Aihua. If nothing else, the news confirmed the suspicions of Pursley and China’s foes.

However, with the 1996 Olympic Games rapidly approaching, a leading member of the International Olympic Committee did not want to criticize China, even if clear evidence was at his disposal. Belgium’s Prince Alexandre de Merode, the Chairman of the IOC’s Medica Commission, defended China’s positive doping tests from the Asian Games as falling within typical guidelines.

“The Chinese had a delegation of 500 athletes at the Asian Games, and about 10 positive cases is not such a high percentage,” de Merode said. “There are no more cases in China than anywhere else. These are epidemics that occur on occasion. There is no politics of systematic doping in China.”

As the 1996 Olympics opened, there was major concern China would dominate at the same level it did at the 1994 World Championships. Ultimately, China won six medals in Atlanta, fueled by Le Jingyi capturing gold in the 100 freestyle and silver in the 50 freestyle. The huge dropoff in medal count from the 1994 World Champs to the 1996 Olympics likely resulted from China knowing it was being closely watched, and not taking the same measures it did for Rome. Of course, the 1996 Games featured Michelle Smith, the Irishwoman who transformed from also-ran status to Olympic champion.

China’s careful approach was not adhered to a year later, though, as Wu Yanyan obliterated the world record in the 200 individual medley at the Chinese National Games. Wu took nearly two seconds off the previous world record, set by countrywoman Lin Li at the 1992 Olympics. Although Wu did not test positive during her prime days, a doping test in 2000 revealed the use of anabolic steroids.

With Wu’s medley standard again raising questions, China arrived at the 1998 World Championships in Perth, Australia under the microscope, and the country did nothing to convince the globe that it was competing fairly. During a customs check, the luggage of Yuan Yuan, a double medalist at the 1994 World Champs, was found to contain vials of Human Growth Hormone (HGH). The amount of HGH seized from Yuan was enough to supply the entire Chinese roster for the duration of the World Championships. Meanwhile, four Chinese swimmers failed doping tests in Perth, their samples found to contain a masking agent often taken to cover up steroid use.

Although China is not dogged by the same questions it faced in the 1990s, when it had nearly 30 positive doping tests, it has not escaped frequent finger-pointing and positive tests. Before the 2012 Olympics in London, Li Zhesi was disqualified from the Games for a positive doping test. In London, Ye Shiwen won gold medals in the 200 individual medley and 400 individual medley, her performance in the longer event highly questioned when her last lap was faster than the last lap Ryan Lochte posted during his victory in the male version of the event.

Meanwhile, distance ace Sun Yang, a multi-time Olympic champion, was given an eight-year ban in early 2020 (later reduced) for tampering with a doping sample. That incident followed an earlier suspension of Sun for taking a banned medication that he claimed was to treat a heart condition.

Given its history of doping and the shrouded-in-secrecy nature of China and its sporting programs, any time an athlete delivers a sensational performance or quickly emerges as a global star, questions are going to be asked and doubts will arise.

“History shows there have been issues,” said John Leonard, the former Executive Director of the American Swimming Coaches Association. “When you have a history of doping like China has, there are going to be doubts.”