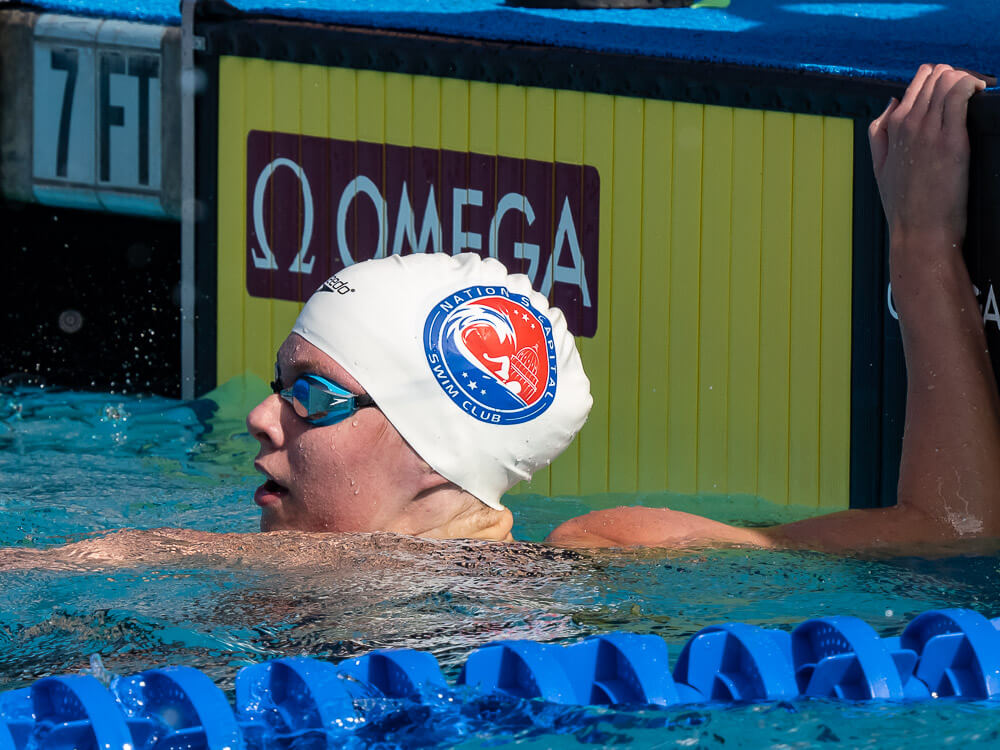 The way Erin Gemmell performed at the United States National Championships verified her status as a future cog for Team USA in international competition. Such is the power of a 4:06 clocking in the 400-meter freestyle and a 1:56-low effort in the 200 freestyle – both produced in late July, a year before she departs for college at the University of Texas.

But Gemmell doubled down on her bright future last week, as she gathered seven medals – six gold – at the Junior Pan Pacific Championships in Hawaii. Individually, Gemmell grabbed solo titles in the 100 freestyle, 200 freestyle and 400 freestyle, and added a bronze medal in the 50 freestyle. She also powered a trio of relays to victory.

With Gemmell headlining the roster, Team USA won 46 medals, which was 17 more than runnerup Japan. More, the United States collected 19 gold medals, with Japan and Australia each garnering eight. For Gemmell, there were two performances which stood out – her triumph in the 400 freestyle and her anchor leg on the 800 freestyle relay.

In the 400 freestyle, Gemmell became the No. 11 American in the history of the event, thanks to a meet-record swim of 4:05.07. Less than two years away from the United States Olympic Trials in Indianapolis, Gemmell has established herself as one of the leading contenders – behind Katie Ledecky – for a bid to the 2024 Olympics in Paris.

In relay duty, Gemmell dropped an eye-opening split of 1:54.86 to power the United States to a come-from-behind decision over Australia. Gemmell stared at a three-second deficit heading into her leg and delivered an effort that was more than a second faster than her 1:56.15 mark in the open 200 freestyle. It was a performance that provided a positive vibe for future Team USA 800 freestyle relays on the world stage.

The next step for Gemmell is to earn a spot on the American roster for next summer’s World Championships in Fukuoka, Japan. Experience at that level would be valuable as she chases an Olympic slot for Paris. If nothing else, the past week at Junior Pan Pacs revealed that Gemmell is on a promising trajectory.