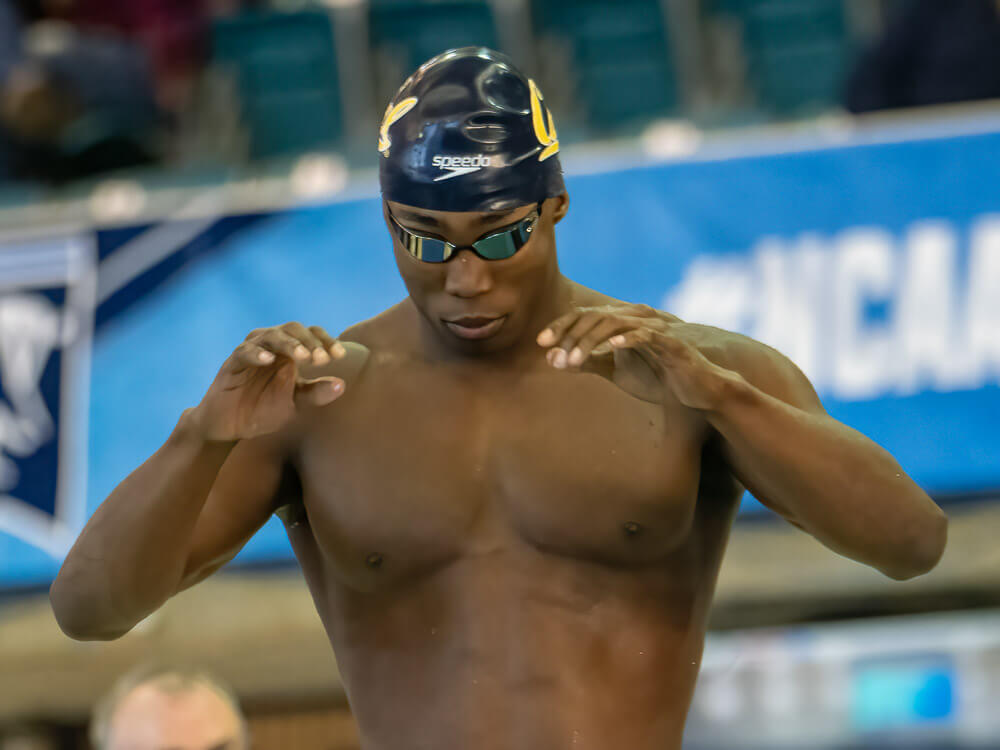 Last year’s top team from the NCAA Men’s Championships will be getting a big piece back for 2022-23 as breaststroker Reece Whitley will compete a fifth year with the California Golden Bears. Whitley completed his fourth year of eligibility this March as he helped Cal clinch a national team championship with a 51-point win over Texas. It was Cal’s second team title during Whitley’s college career after the Bears previously won during his freshman season.

Whitley, 22, posted a short message to his Instagram page along with numerous photos of himself representing Cal. Whitley wrote: “run it back. year 🖐🏾.”

Whitley has been a standout in the breaststroke events since he was a teenager, and this year, he placed fourth in the 100-yard breast and seventh in the 200 breast at the NCAA Championships after he was second in the 200 and third in the 100 one year earlier. Whitley also helped Cal win a national title in the 400 medley relay after the team entered the meet seeded 10th, providing a huge boost for the Bears entering the final day of competition.

This past season, Cal took advantage of the NCAA waiver allowing athletes to use a fifth year of eligibility because of the pandemic, with Trenton Julian, Daniel Carr, Bryce Mefford and Sean Grieshop all returning for an extra season and scoring big points at the national championship meet. Whitley will hope to make a similar impact as the Golden Bears hope to defend their national title or at the very least finish in the top-two at the NCAA Championships for the 13th consecutive meet.