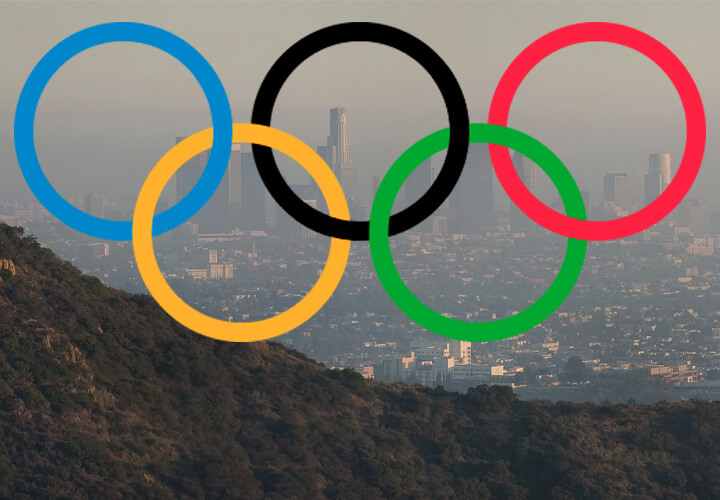 International Olympic Committee (IOC) President Thomas Bach and Los Angeles Mayor Eric Garcetti appeared together in the Southern California city on Monday to announce the official dates of the 2028 Olympic Games. When the Games come to Los Angeles for the third time (1932/1984), they will run from July 14 through July 30. These dates are a week earlier than what was suggested in the bid book submitted by L.A. 2028.

After the Closing Ceremony of the Olympic Games, officials and workers will get venues prepared for the Paralympic Games. Those dates were also announced, with the Paralympics running from August 15 to August 27.

“With set dates in hand, Los Angeles is ready and excited to host the Olympics for the third time and the Paralympics for the first time in history,” said Garcetti, who made the announcement during a press conference at the John C. Argue Swim Stadium, which was built for the 1932 Games. “The Games represent a once in a lifetime opportunity for LA, a bold investment throughout our communities with equity and progress as the main focus. This will bring vast opportunity into every corner of the city ensuring a lasting legacy for future generations of Angelenos.”

Los Angeles was initially a candidate to serve as host of the 2024 Olympics but stepped aside to allow Paris to host that edition of the Games. Los Angeles is one of three United States cities to host the Olympic Games, along with St. Louis (1904) and Atlanta (1996).