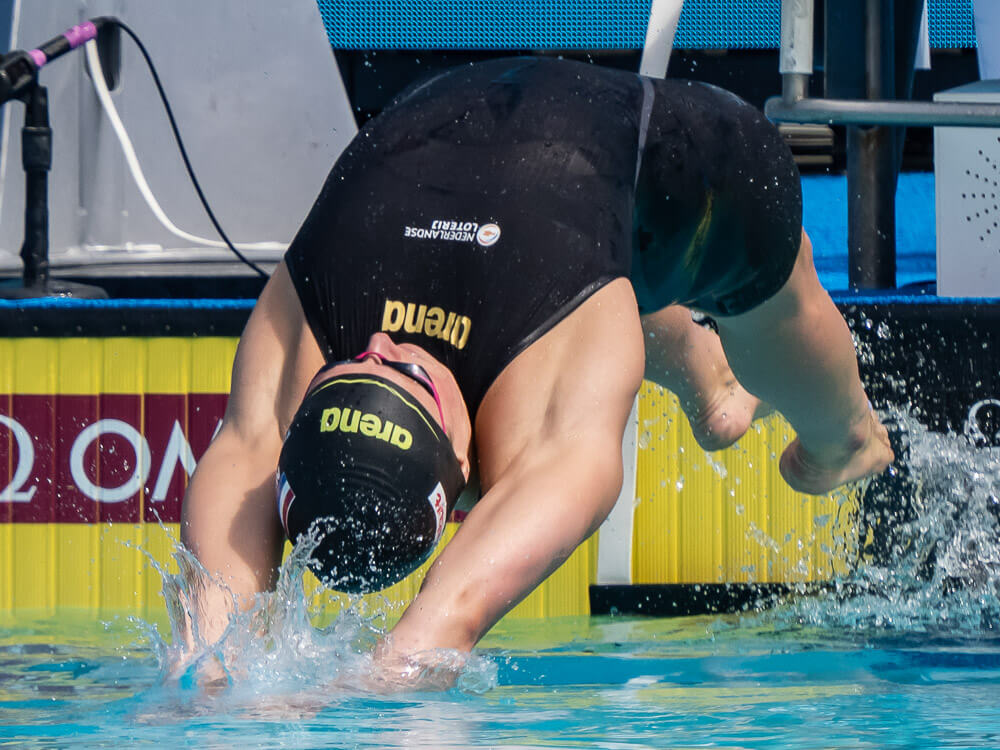 Two relays and two victories for the Netherlands at the European Championships.

In the several years in which the mixed medley relay has been a regular event in international competition, the Dutch have enjoyed success in the discipline. On Friday night, the event yielded a Euro title as the foursome of Kira Toussaint, Arno Kamminga, Nyls Korstanje and Marrit Steenbergen won in 3:41.73. The Dutch overhauled Italy for the gold medal, with the Italians going 3:43.61. Great Britain was third in 3:44.69.

Toussaint split 59.49 on the opening backstroke leg and gave way to Kamminga, who split 59.19 in the breaststroke. Korstanje was superb on the butterfly leg, clocking 50.72, and turned the finishing chores over to Steenbergen, who anchored in 52.33. Steenbergen anchored the Dutch to the women’s 800 freestyle relay title on Thursday night and earlier Friday was annointed champ in the 100 freestyle.

Korstanje and Kamminga bounced back from solo outings which saw them shut out of the medals. Korstanje was fourth in the 50 butterfly after going into the final as the top seed. Meanwhile, Kamminga was a surprise seventh in the 100 breaststroke.

“I’m very happy,” Steenbergen said. “Winning the 100 was already exciting and then there is nothing better than winning with the team. It was really nice to bring the title home. I saw we were behind and I knew we had to hunt. But I had the extra energy.”

For Italy, Thomas Ceccon led off in 52.82, followed by Nicolo Martinenghi (58.13). That stellar front end went a long way in putting Italy on the medals stand. Elena Di Liddo (58.49) handled the fly leg and Silvia Di Pietro anchored in 54.17.