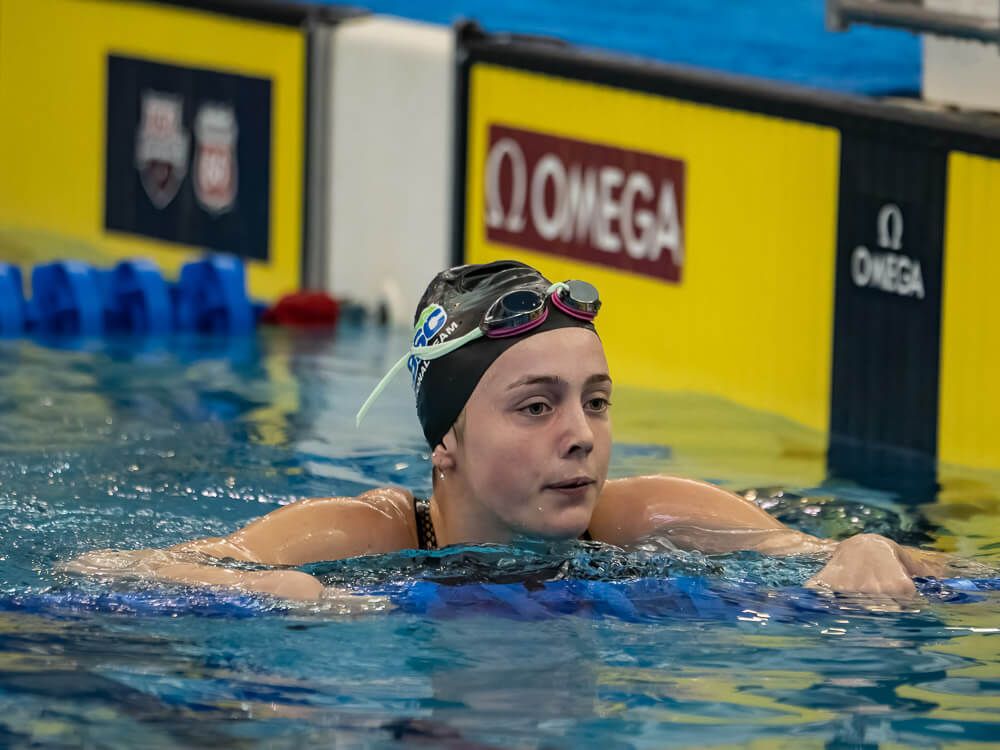 The Elmbrook Swim Club women entered the final relay of U.S. Junior Nationals having already won three out of four relay events (while finishing second to Carmel in the 800 freestyle relay), and the team of Maggie Wanezek, Lucy Thomas, Campbell Stoll and Abby Wanezek again came out on top in the last event on the program, the 400 medley relay.

Maggie Wanezek, the 100 backstroke winner one day earlier and a member of the U.S. team for the Junior Pan Pacific Championships, led off in 1:01.36, and her teammates continued extending the lead from there. The Elmbrook team finished in 4:06.87, knocking six hundredths off the 15-18 National Age Group record set by the exact same group last year and also breaking the Jr. Nationals meet record in the event. Elmbrook also won by five seconds as Dynamo placed second in 4:11.92 and Crow Canyon Sharks took third in 4:12.27.

A meet record also went down in the men’s 400 medley relay as Coronado Swim Association’s Jacque Wenger, Nick Mahabir, Logan Noguchi and Samuel Quarles combined for a mark of 3:42.85. Mahabir, the winner of the 100 and 200 breaststroke at Juniors, led his team with a 1:00.54 split on the breaststroke leg. The Aquajets took second in 3:43.77, and third went to Cavalier Aquatics in 3:44.42, with Thomas Heilman going 52.58 on the butterfly leg.