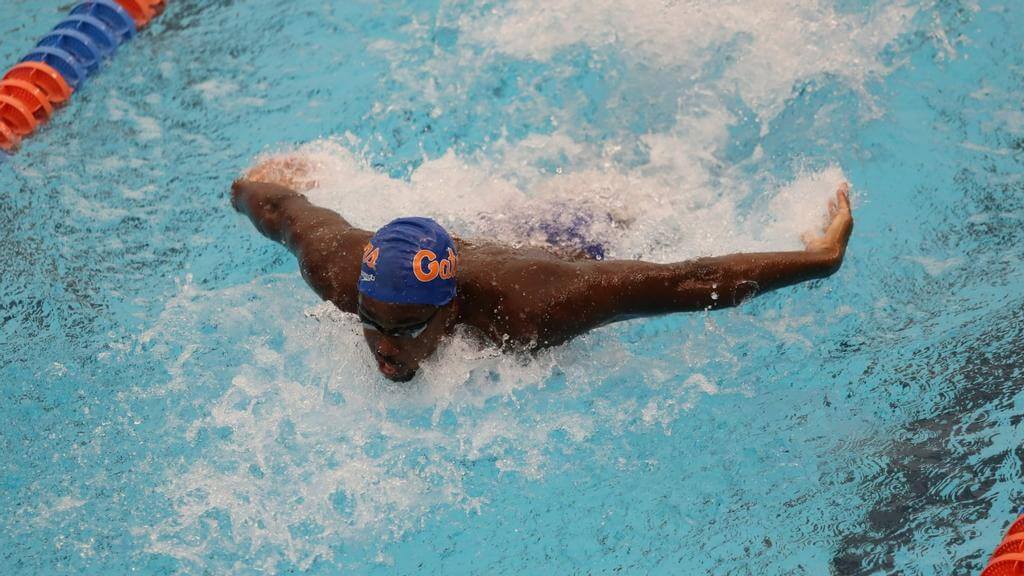 Maggie MacNeil garnered her first Southeastern Conference accolade Tuesday after being named the SEC Female Swimmer of the Week by the league office for her performance in a tri-meet against Vanderbilt and Tulane at the LSU Natatorium.

“This is a wonderful honor for Maggie after breaking two school records and throwing down NCAA ‘B’ cut times,” head swimming coach Rick Bishop said. “We are very excited to have Maggie’s extensive experience, as we continue to elevate the standard of LSU swimming and diving moving forward. This recognition signifies LSU’s continuous pursuit of excellence in everything we do, in or out of the pool.”

MacNeil, a product of London, Ontario, Canada, opened her LSU career with three victories, two of which were individual. Holding multiple records throughout the landscape of collegiate and international swimming, MacNeil took down two more, this time etching her name in the LSU record book.

Competing in the 100-yard back and 100-yard free, MacNeil threw down a 51.10 in the backstroke event, which broke Caley Oquist’s previously held record of 52.67. In the 100-free, she touched the wall first with a time of 47.43, breaking Amanda Kendall’s school record of 47.90. Both recorded times qualified MacNeil for the NCAA “B” cut in each event.

MacNeil, who came to LSU during the summer and was fresh off a meet record at the 2022 Commonwealth Games, also competed in the 4×50 medley. Anchoring for the Tigers’ “A” squad, she clocked a time of 21.24.

Florida’s Joshua Liendo, a freshman from Scarborough, Canada, won two individual events in his collegiate debut and was a part of a winning relay in the dual meet win over Nova Southeastern. Liendo recorded an NCAA B-cut time of 19.69 in the 50 free. He also posted the top time in the 100 fly (48.06) swam the third leg of the first-place 200 medley relay (1:28.04/19.59).

South Carolina’s Manny Vazquez Bas, a senior from San Juan, Puerto Rico, swept the springboard events in the season opener vs. Army. Vazquez Bas recorded a final score of 353.03 on the 1-meter and 382.73 on the 3-meter.

South Carolina’s Jose Castro, a freshman from Puerto Ordaz, Venezuela, kicked off his collegiate career with a win in the 500 free (4:31.46) in the season opener against Army. Castro also finished fourth in the 1000 free with a time of 9:33.10.

South Carolina’s Brooke Schultz, a graduate student from Fayetteville, Ark., won both diving events in the Gamecocks’ season-opening win over Army. Schultz set the school record in the 3-meter springboard with her score of 413.78 and compiled a personal-best 352.88 points on the 1-meter to complete the sweep.

Do These Smokey Fried Egg Breakfast Tacos Count as Self-Care?