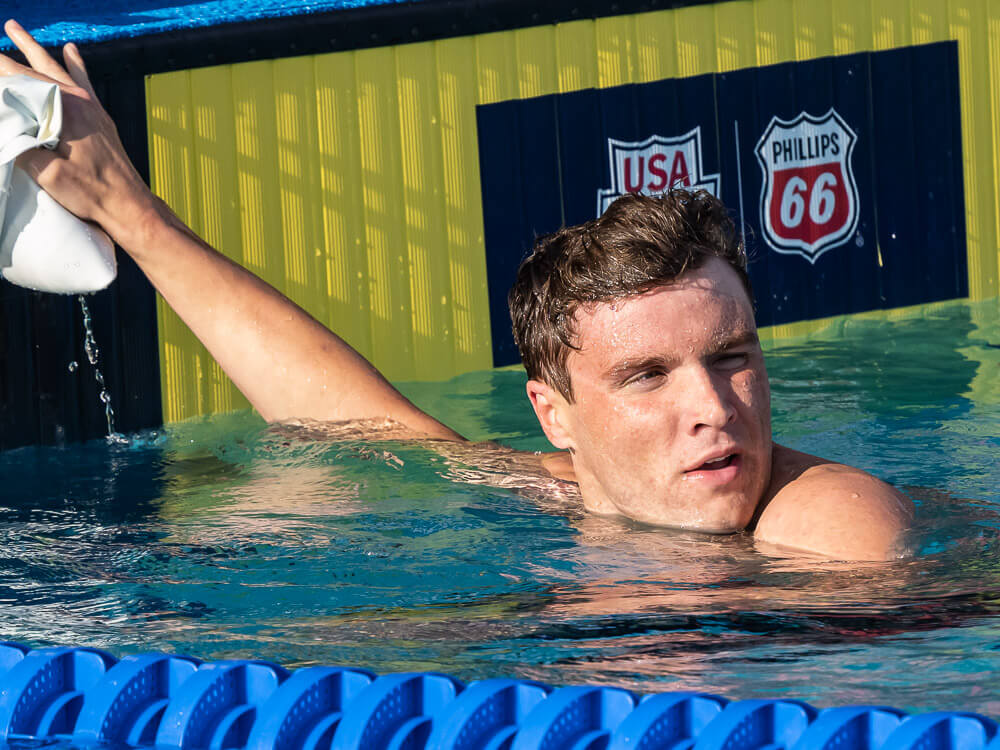 WHAT IS YOUR PUMP-UP SONG BEFORE YOU GET BEHIND THE BLOCKS OR WHILE YOU’RE IN THE READY ROOM? WHAT IS IT ABOUT THE SONG THAT SPEAKS TO YOU?

I actually don’t listen to anything behind the blocks or in the ready room. I like to be with my own thoughts relaxing myself.

WAS THERE ANOTHER SPORT YOU PARTICIPATED IN WHEN YOU WERE YOUNGER? ANY MEMORIES STAND OUT?

I played a couple other sports growing up: soccer, baseball, flag football, lacrosse and track. The most memorable one would have to be baseball since I played it young for a couple years. I do not remember much about these sports, though, as I stopped playing them early on.

WHAT’S YOUR FAVORITE MOVIE AND/OR BOOK? WHY?

My favorite movie would have to be anything from the MCU. Captain America is better than Iron Man.

COMPARE YOURSELF TO A SUPERHERO—WHICH ONE AND WHY?

I have no idea what superhero I would be, but my favorite one is either Thor or Captain America—I guess because Thor is the strongest Avenger, while Captain America has an inspiring backstory. Not that I fully relate to them, they’re just my favorite heroes.

WHERE DO YOU KEEP YOUR MEDALS?

I keep my medals in a locked safe somewhere in the U.S.

WHAT WENT THROUGH YOUR MIND ON THE PODIUM IN TOKYO?

During the medal ceremony, I was thinking how my family and I pretty much never thought we could reach that point—not to put doubts on ourselves, but it all happened very quickly for us. The only goal I really ever had was to just make the Olympic team. I never thought about medaling or anything until after I swam well in prelims.

WHAT IS YOUR GO-TO FOOD AFTER A BIG MEET WHEN YOU WANT TO CELEBRATE? WHAT DO YOU LOOK FORWARD TO MOST ABOUT THAT?

My go-to food is definitely either pizza or burgers. I pretty much just look forward to eating as unhealthy as possible.