Carson Foster Dials Up 3:45.29 Effort in 400 Freestyle at Austin Sectionals 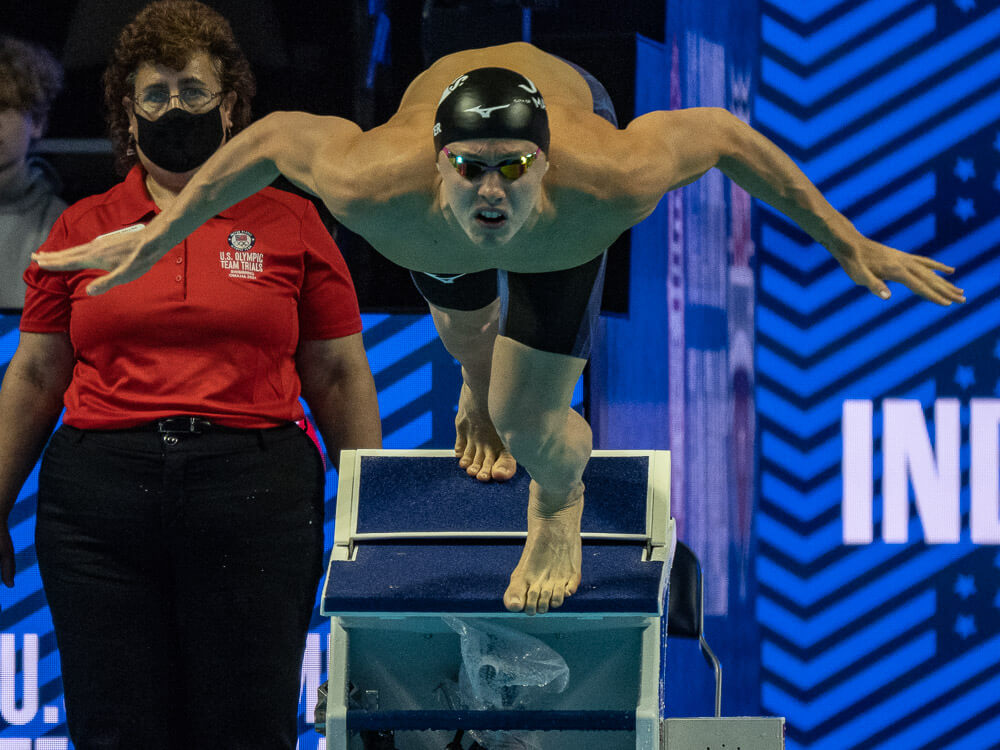 Carson Foster Dials Up 3:45.29 Effort in 400 Freestyle at Austin Sectionals

The double silver medalist in the medley events from the World Championships, Carson Foster indicated he would use the Austin Sectionals this weekend to see what he could do in some “off events.” Through two days, the answer is simple: Impress the swimming world.

On Friday, the University of Texas star competed in a time trial in the 400-meter freestyle and dropped a career-best time of 3:45.29. There was speculation that Foster might contest the 400 free at Sectionals, but because the event conflicted with the 200 backstroke, it wasn’t a certainty. Clearly, Foster found the time-trial route as an opportunity to test his skills in both events.

Two weeks after the conclusion of the FINA World Championships, Foster is obviously still in peak form. He stunned with a performance of 1:53.67 in the 200 butterfly on Thursday. That time made Foster No. 3 in history in the event among Americans, trailing only Michael Phelps and Tyler Clary. On Saturday, he’ll have the chance to race the 200 backstroke and seems poised to deliver another eye-opening effort.

In the 400 freestyle, Foster stopped the clock in a time that would have claimed first place at the United States International Team Trials by more than a second. The time also would have been good for sixth at the World Championships, where Foster finished as the silver medalist in the 200 IM and 400 IM to Frenchman Leon Marchand.