A Look At the Great Streaks and Crossing Records 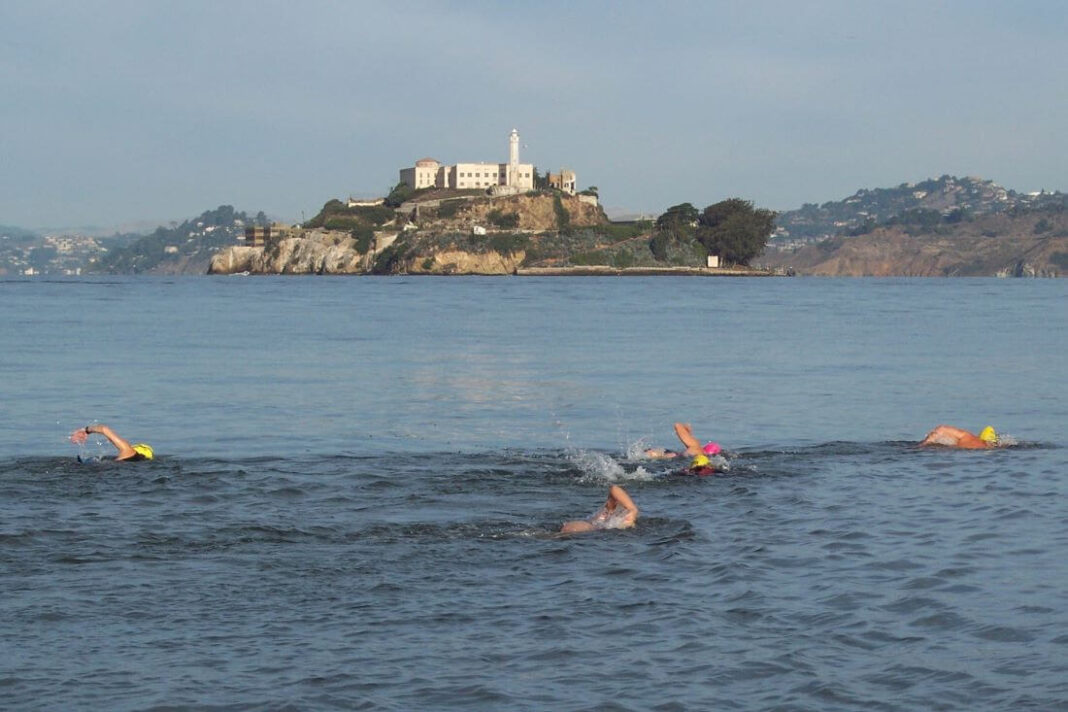 Marathon Swimming: A Look At Some of the Great Streaks and Crossing Records in History

All serious swimmers set goals: meters/week, personal bests, beating your nemesis at the next meet, etc. For open water swimmers, there are two additional goals that often come into play: completing a big swim a specific number of times and completing an important swim a specific number of years (often without missing a year). And in the words of International Marathon Swimming Hall of Fame (IMSHOF) Honoree David Barra: “Anything worth doing is worth overdoing.”

“To stand on the starting line of the Rottnest Channel Swim for 27 consecutive years culminating in 30 solo crossings, two team crossings and only one year missed due to injury takes tremendous dedication. The challenge, training, goal-setting and satisfaction of finishing was the absolute driving force for me. To be at the mercy of ocean conditions, boat malfunctions and unforeseen complications year after year and still get the job done gives me a huge amount of pride and satisfaction.”

IMSHOF Honoree Kevin Murphy (34 crossings) – “During the 1970s and 80s, I was obsessed with attempting a three-way Channel. I did ones and twos but not three until around about 1990. I couldn’t take it any more psychologically. I looked around and discovered I was within striking distance of the King of the Channel record, so I went for it. I’ve always felt that I never wanted to look back and say: ‘I could have done that but never tried.’”

ISHOF Honoree Chloe McCardel (37 crossings including several two-way and a three-way) – “When completing a multiple crossing of the English Channel, in my mind, I never celebrate on a lap turnaround before the finish. There is only one goal, the finish. Anything less is failure.”

The record is 43 crossings, and one suspects that Chloe has not celebrated “fully” just yet, as she isn’t done.

Ireland (Dublin) – Paul Emmett was the winner in 1973 and competed for more than 55 years in the epic (2k) River Liffey Race. The swim is more than 100 years old.

“When I was a child there was no television and one of the big summer events was going down to watch the Liffey race. It seemed a very long wait until I was old enough and then it was the most important day in my summers.”

“Count every lap and make every lap count! I started laps of the island around 1997 and was plodding along slowly on the lap count until I started training for the English Channel and put in a couple of 200 lap years. I was about the fourth to reach 1,000 laps in May 2013. Then it all changed with a couple of serious contenders, including Finbarr Hedderman, who were putting in some big lap numbers for fun. We were in a serious battle for third to make 2,000 laps but then made a secret pact to cross the line together, driving each other on to keep pace in the summer of 2019 just in case the other got ‘finish line fever.’ Some people were seriously concerned with the level of competition. On May 30, we crossed the line together, still great friends through swimming.”

Japan: Ms. Miyuki Fujita made 168 crossings of the 10 k swim between Awashima Island and Cape Ose between 2003 and 2011 (about half of these were two, three, five and six-way swims).

Netherlands: Joost Kuijlaars made 18 crossings of the 22k IJsselmeer race between 1989 and 2010.

South Africa (Cape Town): Ryan Stramrood completed 115 crossings of 7.4 to 11k (depending on the route) of Robben Island.

“No two crossings are ever the same! The route keeps me focused, throws all the elements at me and demands respect on every attempt, making it the perfect training and conditioning ground for more difficult swims around the world. My good friend, the late Theo Yach was the previous record holder, setting the bar at an incredible 108 crossings. He’ll always be the legend who led the way.”

“I have been at it for 25 years. For the longest time the two guys (Emich and Hurwitz) were battling it out to get to 1,000. I was the third wheel, swimming between them. I am now in second place and soon will be the swimmer with the most Alcatraz Escapes!”

Quote in Swimming World magazine after number 99: “Swim Miss #100 is calling to me. She is saying, “Reach out and touch me! Catch me if you can!” Well, no matter how you dice it or slice it, the fact is you can’t get to her unless you go through #99. I am happy, (ecstatic?) to say, swim #99 is in my rear view mirror. Now, I look forward!”

IMSHOF Honoree Julie Ridge: “I met the Queen of the Channel and King of the Channel,” IMSHOF Honorees Cynthia Nicholas (1978-1992) and Michael P. Read, MBE (1980-2000 and 4004 to present) on my first endurance swim – the English Channel in 1982. After becoming the first person to swim around Manhattan Island twice without stopping in 1983, the laps just began to accrue, eventually granting me the title “Queen of Around Manhattan.” My last and most meaningful was my 11th, in 2002, with my 9-year-old son on board. I wanted him to be witness to what all those special swimming stories were about.”

IMSHOF Honoree Jaimie Monahan: “I surpassed the mark for most loops of Manhattan with the first lap of my 114 mile/ 183k, 45-hour Quadruple. The swim felt like the perfect way to celebrate my city and feel strong after a challenging year. I love NYC and my home island so it was an amazing honor to become “Queen of Around Manhattan,” following in Julie’s footsteps. “This is a lifelong project for me and I hope to keep swimming and doing this swim as long as I can.”

These examples clearly prove that “Anything worth doing is worth overdoing.” There are other challenges so great that the number of successes is counted with the fingers on just one hand.

North Channel (between Northern Ireland and Scotland): Dr. Caroline Block (Queen of the North Channel with four crossings) 34.5k. Please note that she is the only swimmer ever to have had a serious attempt at a two-way across a channel far more difficult that the English Channel and all of her one-way crossings took longer than 14 hours.

“After my first crossing, I set a goal of completing the double North Channel, and my second and third crossings were each part of longer two-way attempts. My fourth crossing in 2019 was not planned, actually! I was over in Ireland preparing for the Isle of Man swim, and we were set to go the next day. I had returned from the store with all the water and supplies for the boat when the final weather report for the next day came out, and the news wasn’t great. The North Channel was going to be less exposed to the particular weather pattern in question, so I took care of the administrative side of things that night and hopped in for a single crossing the next morning. “

English Channel: IMSHOF Honoree Sarah Thomas is the only swimmer to have completed the 132k, four-way swim.

“I like doing things that haven’t been done. Being the first to something is really special. First doubles in Lake Tahoe and Lake Memphremagog. First Flathead Lake. First to swim over 100 miles in Lake Champlain. First person to swim the English Channel 4-ways. Most speed records can be broken – they’ll fall at some point when someone faster or better comes along. But no one can take away a first.”

WORKING UNDERCOVER with The Hollywood Fix to Finds Celebrities!!

It’s Possible to Have Both