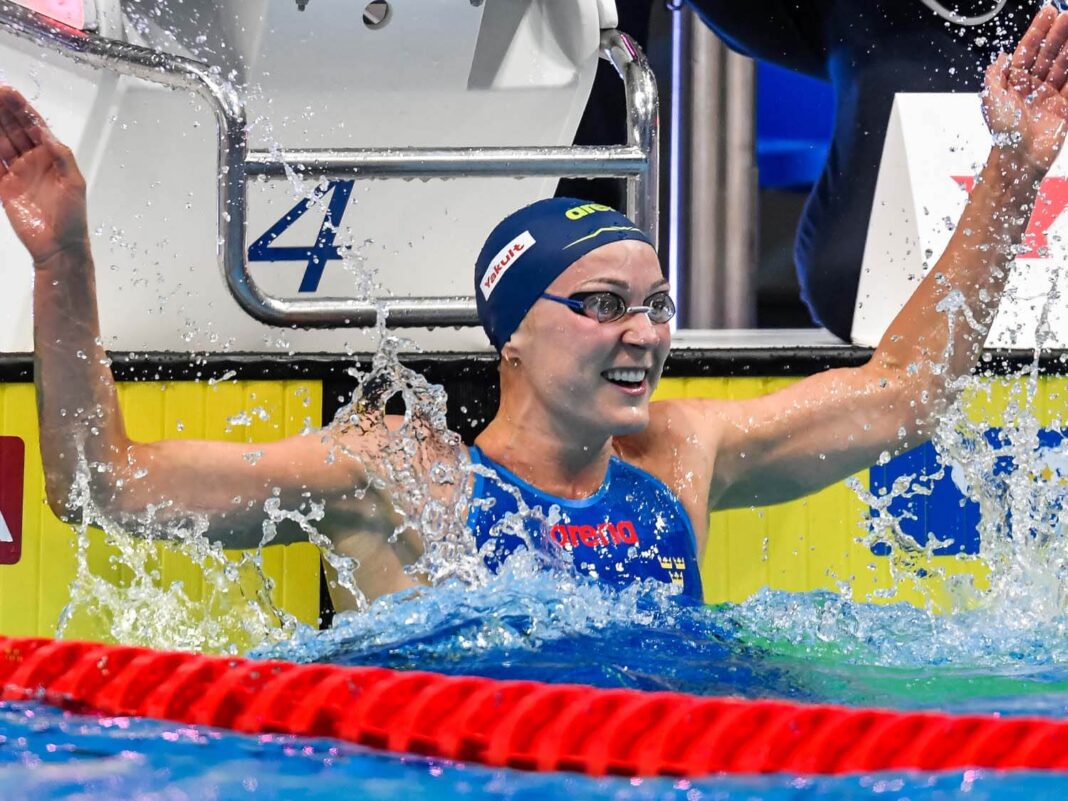 With Opportunities Ahead, A Look At Four Short Course Meters World Records That Could Be In Danger

After a busy summer of major international long-course championship meets, the swimming world has numerous high level short course meters international meets to look forward to. The first stop of the FINA World Cup is in Berlin, running from October 21-23. Toronto is the next stop, from October 28-30. The last meet will be held in Indianapolis from November 3-5. A lucrative prize pool of $1.2 million will help encourage fast swimming from the sports’ stars.

A plethora of international standouts from powerhouse nations are set to swim at all three stops of the FINA World Cup. For many, the World Cups will also act as preparation for the Short Course World Championships meet in Melbourne, which is scheduled for December 13-18.

Some current world record holders will compete at the World Cup stops, including Australian Kyle Chalmers and Siobhan Haughey of Hong Kong. Several short course meters world records could be in jeopardy. Take a look at four of the most vulnerable standards.

The world record for the women’s short course 100 backstroke is 54.89, set in 2019 by Minna Atherton of Australia. Atherton is the only swimmer in history to break the 55-second barrier. The reigning short course world champion is Louise Hansson of Sweden, who won last year in a time of 55.20. At the same World Championships, Canadian swimmer Kylie Masse finished just .02 back for the silver medal. Both swimmers will be competing at the World Cup stops. Also competing is Kira Toussaint of the Netherlands. Toussaint is the fourth-quickest short course 100 backstroker of all-time, with a best of 55.17 from 2019.

Maggie MacNeil has been named on the Canadian squad for the Short Course World Championship in Melbourne. Traditionally known as a fly specialist, MacNeil has excelled at backstroke in the short course pool. MacNeil is the world record holder in the short course 50 backstroke. If MacNeil decides to swim the 100 at Worlds, it could put Atherton’s world record in danger. Olympic champion Kaylee Mckeown is also likely to compete at a home World Championships. With a star studded lineup at the World Cups, the women’s 100 backstroke will certainly be an event to keep an eye on.

The short course men’s 100 freestyle world record was broken by Kyle Chalmers last year at the Kazan stop of the FINA World Cup. If Chalmers can find his groove, he could put his record-setting mark of 44.84 in jeopardy. The only swimmer who could rival Chalmers is Caeleb Dressel, whose best time is 45.08 from 2020. It does not, however, look like Dressel will compete in the near future. Having pulled out of the 2022 long course World Championships early, he is taking an extended break from the sport for mental health reasons. Unless a swimmer drops a heap of time, the 100 freestyle is likely to be a race between Chalmers and his own world record.

The world-record holder, Ranomi Kromowidjojo, retired at the beginning of this year. Last year, one of Kromowidjojo’s fiercest rivals, Sarah Sjöström, was consistently 23-low in the ISL and at the European and World Short Course championship meets. It seems only a matter of time before Sjöström cracks the 23 barrier and edges closer to the mark of 22.93 that has stood since 2017. Kasia Wasick of Poland, who finished second behind Sjöström at the long course World Championships in June, will also be looking to break the 23 barrier.

Nicholas Santos, the 42-year-old Brazilian, has announced he will retire after the Short Course World Championships in December. The reigning world champ, Santos jointly holds the 50 fly world record with Hungarian Szebasztián Szabó in a time of 21.75. Santos gets better with age and will look to end his career by making the world record his outright. There are numerous others who hold personal bests within 0.2-0.3 of the world record. Chad le Clos, Dylan Carter and Matteo Rivolta are three prominent examples. The 50 fly will be an extremely entertaining race to watch in the next few months.