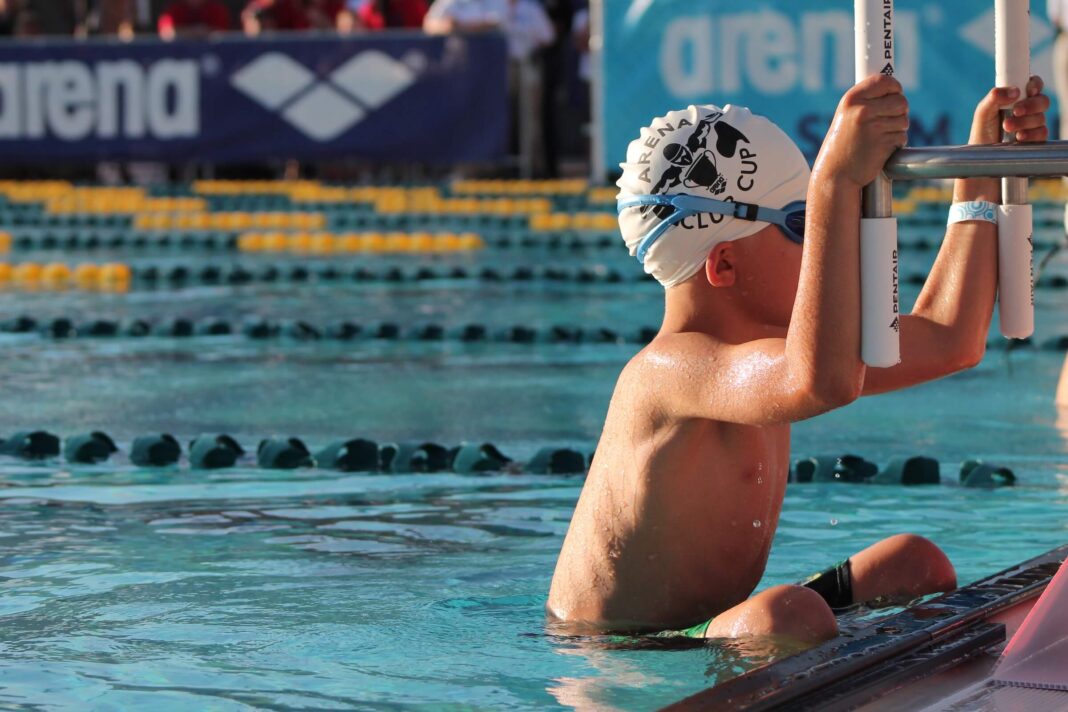 Any swimmer-turned-coach knows the frustration that comes from watching potential wither. It’s torture. Sometimes I wish I could use the machine from the Matrix to inject some of my experiences into my swimmers’ brains so they would know I’m not lying to them.

There are a few things that send potential to the graveyard. Admitting you have no pain tolerance is one of them. Not all club swimmers want to be Olympic gold medalists. Some would quit the day their parents let them. Some prefer hiding in the locker room to enduring a swim practice. Those are not the swimmers I’m speaking to.

I’m speaking to the swimmers who write down on their goal sheet, “I want to get 10 Sectionals cuts” or “I want to make Olympic Trials.”  I’m speaking to the swimmers who set lofty goals and rely upon their training to get them there. When I see those kids sitting on the wall, or climbing out in the middle of the main set to stretch, or asking to go to the bathroom to intentionally skip an effort, I crumple up inside.

What you’re feeling, Swimmer, is called pain. It’s not going to last. It’s transient. If you refuse to work through it, your career will be as ephemeral as that unpleasant pang.

I learned what a high pain tolerance is from my father. My dad used to come in from doing a day’s worth of yard work (sometimes in August…in Texas), beet red, drenched in sweat, and dusted with blades of grass. One time, he walked in with a massive tear across the back of his t-shirt.  Peering closely, I saw a huge gash through the gaping hole in his shirt.

This time he actually knew he had a wound, a rarity in itself. Waving his hand like it was nothing, he said, “Oh, yeah, a low branch got me.”

I typically notice Dad’s wounds before he does. He’s a former linebacker and not particularly graceful, so he often underestimates his size. His cuts will go undetected until someone points out a gruesome display of dried blood somewhere on his body.

The man feels no physical pain. Watching the 65-year-old lift weights is altogether terrifying, impressive and disturbing due to the agonizing grunts that come with hoisting iron equivalent in weight to a Shetland pony over his head. Pain has never been a distraction for Dad. It’s always full steam ahead.

As I leveled up in swimming, racing was my distraction from the pain. I remember seeing people peter out during a trying set and grip the wall with a face of anguish. Breaking through pain barriers became a point of pride for me. During a race, I could feel my lat muscles shortening with every stroke, inching closer to a cramp, but I knew that was the worst that could happen: a cramp.

There absolutely are swimmers with legitimate injuries that need attention. But there are also a bundle of could-be great swimmers who simply hate physical pain. There isn’t a way around the four-letter word in swimming, so if you’re in the anti-pain camp, you have two choices:

2. Break through barriers and discover a whole new world of confidence.

There’s nothing I can say about excuses that hasn’t already been said in this powerful article by Tera Bradham. But I have a few anecdotes to support her points.

To do breath control, you need to be able to mentally override what your lungs are telling you. Relax. Count strokes. Do anything except focus on your tense ribcage pressing against your deprived lungs.

I recently asked a swimmer if she completed her 50 meters with only one breath, as the set called for. Exasperated and frustrated, the swimmer heaved out an “Annie, I can’t.”

I perked my ears up to make sure I heard the swimmer correctly and leaned in.

“I can’t,” the swimmer repeated before pushing off.

My heart sunk. We’re in a sport that is meant to challenge the limits of the human body when controlled by a trained mind.

The two-word surrender to learning is rightfully every teacher’s nightmare. The propensity for belief, at least in that moment, is extinguished. To my swimmers’ credit, it’s very seldom that I hear these words escape their lips.

Most of us are trained to throw “can’t” out of our spoken dictionary at a young age, but very few of us eliminate the word from between our ears.

A “can’t” fogging your thoughts stands in the way of doing something truly great. The truth is most people can’t overcome the can’ts resounding in their head.

As a coach, I’m undeniably guilty. I just can’t make them understand. I mentally raise my hands in dismissal of a swimmer. It’s an unacceptable thought that creeps in routinely.

One thing that gets under Olympian Matt Grevers’ skin is when he senses that those training around him view him not as an inspiration, but as an untouchable.

He’s won Olympic gold medals. I can’t get close. I shouldn’t be able to get close. If I stay a body length behind, that’s still pretty good, they may think.

They’re simply conceding to their can’ts.

One of Matt’s favorite pump-up songs is called “Kill Your Heroes” by Awolnation. Please do not take the title literally in any regard! One lyric cites advise from a dying, old man– “One thing, before I graduate, never let your fear decide your fate.” The song’s meaning? Do not let your heroes tread the trail for you. Sure, look to the excellence around you as motivation, but never let it deflate you. Train for the day you can match or surpass your heroes. Why endure the pain? Why try to overcome the discouragement that comes from swimming? Why put yourself through the mental and physical wringer of this sport? Because without it, success is meaningless.

I had a meeting with a wise club swimmer not long ago. She noticed swimming had become less fulfilling than it once was. She had swum some best times the weekend before our meeting, but she told me she felt very little satisfaction from her swims.

She had been sporadically attending workouts, and was rarely staying in through more than half of the sets. Due to a low attendance rate, she had not forged deep friendships with her teammates. She had missed the bonding opportunities which arise from battling through a daunting set with teammates and had missed the feelings of giddy progress you come away with after crushing the times you did in the same test set two weeks prior.

This swimmer has talent. She knows how to race. But without the investment of pain, training through, and overcoming the mental muck with a band of supportive teammates, swimming a best time loses its shine.

As his or her national anthem plays and a gold medalist stands atop the podium at the Olympic Games, do you imagine the swimmer is reliving the start, turn and strokes of the race that earned them the medal? No. They think about their parents who woke up at 4:30 a.m. to drive them to practice and made fools of themselves cheering at meets. They think of the teammates who convinced them to stick with the sport during a devastating plateau. They think of their coaches, who first saw potential flickering inside them.

Swimmers, if you’ve been told you have potential, those who see it in you are not pulling your leg. It’s up to you to unveil it.

Celebrity Buzz: Best Breasts in the West: The Hottest Boobs in Hollywood | Lifetime