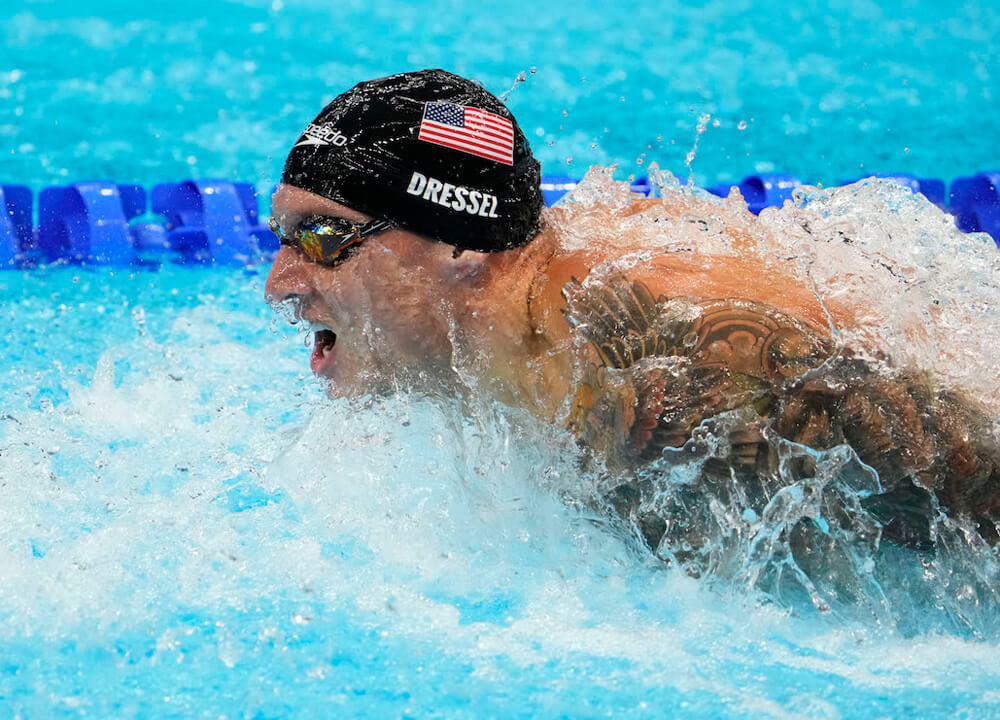 The United States announced their official FINA World Championships roster on May 1st. The team holds 41 swimmers; 21 women and 21 men. The official roster, including the additional entries  is as follows:

Like any other year, the 2022 U.S. team certainly has its quirks. Here’s 15 interesting facts about the team.

1. This is the smallest team the U.S. has had for a primary international long course meet in a while.

For example, the 2019 World Championships roster had 22 women and 22 men. The Tokyo 2020 Olympic roster had 50 swimmers, despite there being fewer Olympic events (37) than the World Championships (42). It may be a small team compared to the past, but it sure is a strong one. You know what they say: quality over quantity!

It’s no secret that the next generation of swimming is here. There are seven teenagers on the Worlds roster for the U.S. this year, and no swimmer on either team is in their 30s. The youngest athlete on the team is Claire Weinstein, 15, and the oldest is Nic Fink, just shy of his 29th birthday.

California is the most-represented home state with five athletes.

9. Athlete qualified in the most events: Four-way tie.

There are four athletes on the team qualified for four events, the most of any other swimmer on the team: Michael Andrew, Claire Curzan, Caeleb Dressel, and Katie Ledecky.

10. The United States has led the medals total at each of the last nine World Championships. That scenario isn’t expected to change.

Although this year’s team has plenty of new faces, it can’t be denied that the Americans are a force to be reckoned with. The country with the second-most medals from 2019, Australia, will be at reduced capacity without stars like Emma Mckeon and Ariarne Titmus, and the country with the third-most medals from 2019, Russia, has been banned from competing after the Ukraine invasion. It is likely that the U.S. will continue to prevail.

11. USA Swimming has a weird tradition.

The U.S. is known for listing relay entries for some swimmers, but not others. This probably comes down to the fact that the coaches haven’t decided yet, but the methodology is strange nonetheless.

However, there are six swimmers on the team who have no individual entries, and are therefore required to participate in relays: Mallory Comerford, Natalie Hinds, Bella Sims, Coby Carrozza, Ryan Held, and Justin Ress.

12. Nic Fink made the team, even with swimming on the back-burner.

In an interview at the International Trials, Fink admitted to attributing less importance towards swimming to focus on other things, like school. No shame in the game!

13. Torri Huske qualified for Worlds after an epic COVID comeback.

Huske has indicated in interviews that she was diagnosed with the Coronavirus after NCAAs. She admits it might’ve been a good thing, given it gave her body an opportunity to rest. Impressive turnaround, nonetheless!

While on their training trip in Croatia, the team of 41 swimmers voted upon Murphy, King, Smith, Hinds, and Dressel to serve as team captains for the upcoming competition.

15. Anthony Nesty and Todd DeSorbo will lead the crew.

The Case for Switching to a Screen-Free Fitness Tracker