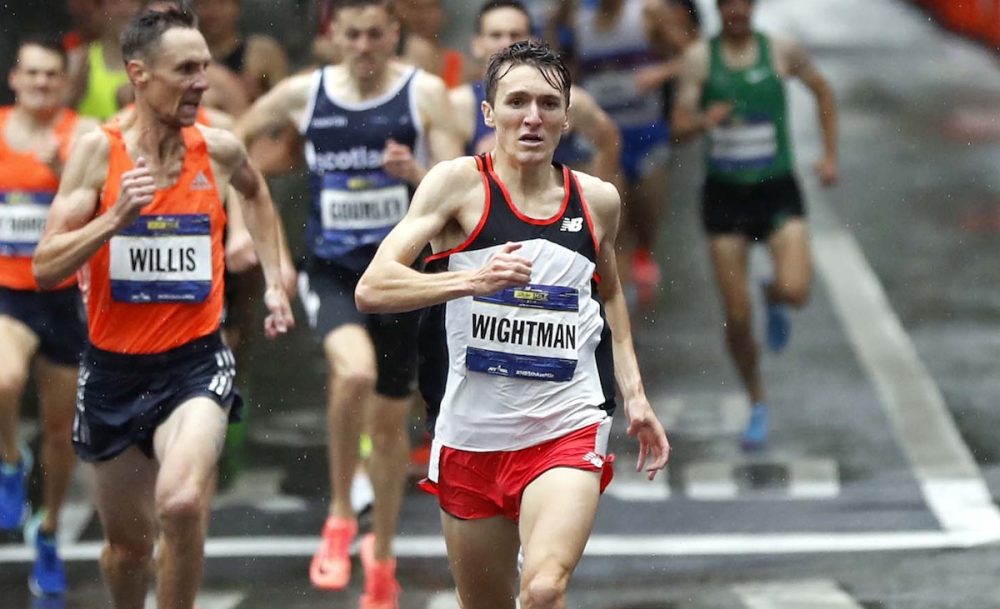 After the last few years racers and race organisers have got used to navigating situations that they never imagined would happen, but this week has added another one to the list. As the week began, races were perhaps a welcome distraction from the ever-present political and domestic issues. By the end of it, there was the familiar dilemma of where to place the value of running amidst the feelings of the country and also the logistical challenges that some locations presented as they were suddenly required for other uses.

With that in mind, lets to a bit of hopping around the world to cover the events which happened in the running world this week

Diamond League draws to a close

The final Diamond League meeting of the year was help in Zurich as events unfolded in the UK. Many athletes were doubling up with races in Switzerland before heading to other countries for the weekend. On day 1 in the women’s 5000m Beatrice Chebet smashed out a 14:31:03 to take her gold medal, while Amy-Eloise Markovc ran the first of her two races this week, finishing eight in 15:28.24.

Scott and Purdue lead British challenge at the Great North

Onwards to the next item in the calendar for some busy athletes this year and over to the Tyne were The Great North Run happened on Sunday morning. Marc Scott and Hellen Obiri were back to defend their titles, but this time on the original route. Unfortunately, it was not to be for Scott. Jacob Kiplimo was a class apart as he raced through the tape in 59:33 – the first Ugandan to in the race – with no competitors anywhere close. That’s not to say that Barega (60:39) and Bekele (61:01) were shirking either! Scott came home in 62:28 and sixth place. Callum Johnson ran 63:16 for ninth. Also in the top 15 were Ben Connor 64:05, Ian Butler 64:20, Jonny Mellor 64:38 and Alex Monroe 64:44.

Over the pond, something rather shorter and sharper was taking place – the 5th Avenue Mile in New York. Laura Muir was the headline of the day as she made a decisive move early on in the race and held her lead to win in 4:14.8 – a new course record. Jemma Reekie ran 4:18.3 for fourth and Adelle Tracy 4:19.2 for fifth. A hat tip goes to Lizzie Bird for her 4:22 and it’s worth nothing that Ciara Mageean also ran, but understandably her storming run in Zurich had taken it out of her legs, leaving her to run 4:30 (only – ha!).

.@lauramuiruns crushes the field at the #NB5thAveMile with a vicious surge just before halfway.

Ciara Mageean faded badly over the second half after an exhausting few weeks, finishes around 4:30. pic.twitter.com/9xpqRyHojH

The champ once again, and it’s a British double at the #NB5thAveMile as @JakeSWightman powers clear to win. pic.twitter.com/uMK3x4F46J

Back in the UK…

In the British Athletics Up-and-Down Trial Race Phillipa Williams returned to win again in 51:01 with Holly Page again second in 51:20 with Kate Avery third in 51:23. For the men Andrew Douglas took victory in 43:18 from Alexander Chepelin (43:22) and Chris Richards (43:47).

Pleshy Half presents a rolling course, but that did not stop the top three men running under 70 minutes, with John Eves first in 68:47, Scott Cousins 69:29 and Pete Robinson 69:49. Rebecca Bunting’s winning time of 78:40 was impressive and not far off her PB. Juliette Watkinson was next home in 83:16 and Heidi Hogan-Steele in 83:36. Full details can be found in Scott’s report here.

Third time was a charm for Gemma Steel at the Bassingham Bash 5 mile in Lincolnshire where she ran a PB and new course record of 26:28.0 for first woman. Local lady Sophie Wellington was runner up in 27:42.8 and Rebecca Gallop third in 28:35.4. For the men, it was Jordan Skelling who earned the host club a first place finish in 24:37.5. Elliot Smith-Rasmussen was next in 25:07.2 followed by Matthew Williams in 25:20.0.

At the wonderfully named PODfather 10k in Stirling, Adam Craig and Sean Chalmers dipped under 30, running 29:24 and 29:56 respectively. Frasers Stewart was bang on the nose with his third place in 30 flat. Jennifer Wetton and Millie Nicholl look to have been in a battle for the line, with Wetton getting the better and crossing the line in 34:48 and Nicholl four seconds later. Third place went to Eilidh Bell in 36:06.

Nuneaton 10k winners were Jason Bennett (32:53) and (I can say this) a rather lower key women’s winning time this year from er… Gill Bland in 39:09. Not a patch on previous year’s winners.

Our 6 Favorite Onesies For Every Body

12 Unique November Wedding Ideas: From Venues To Decor & Beyond