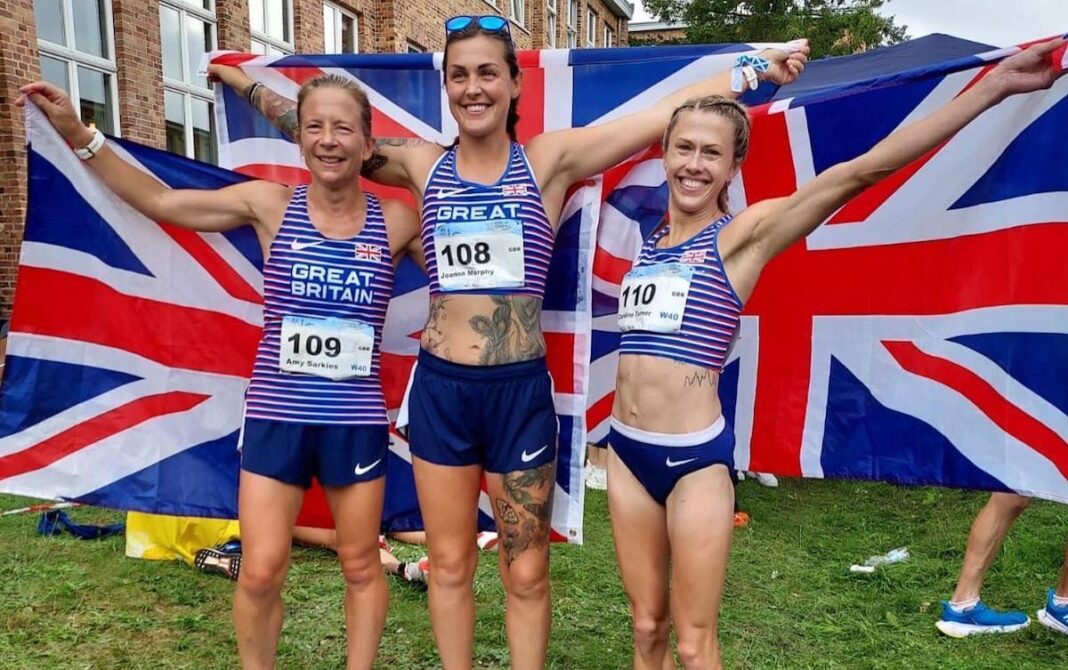 Another week where there has been plenty happening on the roads, up the mountains and around the track. Let’s get straight into it.

Elevation and Elation for Evans

I start this week’s round up with one of the longest races on the calendar, the Ultra-Trail du Mont-Blanc. With a course taking in 106 miles through three countries (France, Italy and Switzerland), not forgetting to mention over 10,000m of elevation gain, it is probably fair to say it is not a race for the faint hearted.

It was a race to remember for Tom Evans, however, as he made the podium finishing third in his debut at the race. Finishing in a time of 20:34:35, Tom overtook early leader Jim Walmsley and moved away from his long-time race companion Zach Miller in the closing stages, with the American pair finishing in fourth and fifth respectively.

Ahead of Tom, there was course history made by Spaniad Kilian Jornet as he became the first person to complete the course in under 20 hours, recording a time of 19:49:30, his fourth UTMB victory. This was despite announcing a positive COVID test the day before the race! He was not the only sub-20 hours performance, however, with Mathieu Blanchard of Canada crossing the finish line in Chamonix in 19:54:50. American Katie Schide took the honours in the women’s race in 23:15:12 ahead of Canadian Marianne Hogan.

🫡 It’s a 🥉for @TomEvansUltra after a crazy finish. What an emotional moment for him. 🥹

Sticking with the long races a team of eight athletes travelled to Berlin to represent GB&NI at the World 100k Championships. In the women’s race Ireland’s Caitriona Jennings claimed a stunning third place in 7:07:16, more to come in our Irish roundup I am sure. France’s Florian Hot took the win in 7:04:03. A strong British team of Jo Murphy (14th in 7:38:10), Caroline Turner (15th in 7:45:42) any Amy Sarkies (7:55:14) finished 5th overall in the team competition.

As the autumn road season gets going, this weekend saw the first of a series of high-profile half marathons take place in the form of the Antrim Coast Half Marathon. After last year’s course was ruled to be 54m short, meaning the performance of Yalemzerf Yehualew could not be ratified as a World Record, the Ethiopian returned to the Northern Ireland coast alongside compatriot and fellow 2021 race winner Jemal Yimer.

It was a case of history repeating itself (not in terms of a short course, we hope!) as both Yimer and Yehualew took comfortable victories in 59:03 and 64:22 respectively. Yimer finished almost two minutes ahead of Kenyan duo Alfred Ngeno (61:00) and Shadrack Kimining (61:08), with strong performances from Marc Scott (62:58) in fifth, Omar Ahmed (63:10) in sixth and Callum Hawkins (64:04) in seventh; particularly considering Scott’s extensive track season across three Championships and Hawkins is returning from an extensive period away with injury. England won the team competition thanks to the combined efforts of Nigel Martin (64:39), Joe Morwood (64:47) and Jack Gray (64:54), Joe’s time was a PB on a day when times were generally off PB pace.

After an extremely rapid first half (recording splits of 14:44 for 5k and 29:52 for 10k, the latter unofficially a UK all-comers’ record), Yehualew was joined on the podium by Tsehay Gemechu (65:01) and Beatrice Chepkemoi Mutai (67:37). Behind the African trio were good runs for Fionnuala Ross (74:00), Kate Drew (74:30) and Mollie Williams (75:41) in fourth, fifth and seventh. Again England took the team prize thanks to the three scorers – the aforementioned Kate Drew and Mollie Williams as well as Chloe Richardson (76:15).

Friday saw the Mid Cheshire 5k, incorporating the England Athletics 5k Championships. Both races were closely fought affairs, with the top three men separated by less than ten seconds. Adam Craig (14:09) crossed the line first, finishing ahead of Kurt Taylor (14:15) and Ben Brown (14:18), it was Taylor who claimed the England crown. A total of 27 athletes finished in under 15 minutes. It was an equally close race amongst the women, with Ellie Wallace (15:48) taking the England Championship, getting the better – just – of Lauren McNeil (15:50) and Dutchwoman Jip Vastenburg (16:06) who rounded out the top three. A strong GB&NI teams travelled to race at the Challenge Stellina mountain race. The women took home goals medals ahead of Italy and the USA thanks to fine performances from Scout Adkin in 2nd, Kirsty Dickson in 5th and Sara Willhoit in 6th. The men also claimed a medal, silver, behind Itality but ahead of the USA with Chris Richards (3rd) and Joe Steward (10th) achieving top 10 finishes.

The domestic track highlight of the weekend was the fifth and final BMC Grand Prix of the season in Loughborough. Hugo Milner (13:49.89) came out on top of an exciting 5000m which saw a good battle with Jacob Cann (13:51.25 PB), whilst fast finishes from Will Battershill (13:56.83) and Scott Stirling (13:59.18) saw them rewarded with sub-14 PBs. The women’s race over twelve and a half laps saw just finishers, with Calli Thackery (15:20.65) running impressively to finish over a minute ahead of German Svenja Pingpank (16:32.78). Stepping up in distance from that at which he won Commonwealth Games bronze, Ben Pattison revised his 1500m PB by over five seconds with 3:39.14, a time that saw him win the overall BMC Grand Prix prize. The women’s a race was also won by a 800m specialist in the form of Jamaican Natoya Goule (4:10.70), with Scottish Commonwealth Games representative Eloise Walker (4:12.13) the fastest Brit in the field. Adding 109m to the race distance, a field of Loughborough students raced the George Gandy Memorial Mile, named in recognition of the university’s coach who passed away in 2020. Fittingly, the entire field ran PBs with Max Heyden taking the win (4:13.82).

It was not the only BMC action of the week, with races held in collaboration with Herne Hill Harriers in Tooting on Wednesday. A handful of Americans training in the capital made the trip to the South London track and put on quite a show.

Whilst many of her Herne Hill Harriers clubmates were competing at the inaugural meeting on their newly resurfaced track, Katie Snowden had made the trip to the Memorial Wieslawa Maniaka in Poland. It was worth the trip as she improved her 800m PB to 1:59.72 to win the race, becoming the 29th British athlete to break the two-minute barrier for two laps. A superb performance for someone who has run either 2:00 or 2:01 every season for the past eight years. Elliot Giles also raced over 800m, finishing fifth in 1:46.65.

The Langley Burrell Lightning Bolt Fast 10k lived up to its name, with Ben Cole (30:14) having an impressive run in his second fastest 10k of the year, whilst Hayley Winters (39:51) was the fastest female. Sticking with the 10k but crossing to Scotland, Fergus Donnelly (33:41) and Grainne McGrath (39:19) can claim the bragging rights from the Bellahouston 10k.

I started with the longest race, so it feels apt to end with the second longest and the famed Comrades Marathon. One of the largest and oldest ultramarathoners in the world, it sees athletes from across the globe flock to South Africa for the 55-mile challenge. There were good showings from both Carla Molinaro (7:05:14) and Ant Clark (5:59:20) who finished in 13th and 20th respectively. The pair were the only British athletes to finish inside the top 50 of the races. Home athlete Tete Dijana (5:30:38) and Russian Alexandra Morozova (6:17:48) were the respective race winners; their pace equating to averages of 3:41 and 4:13 per kilometre! On that note…