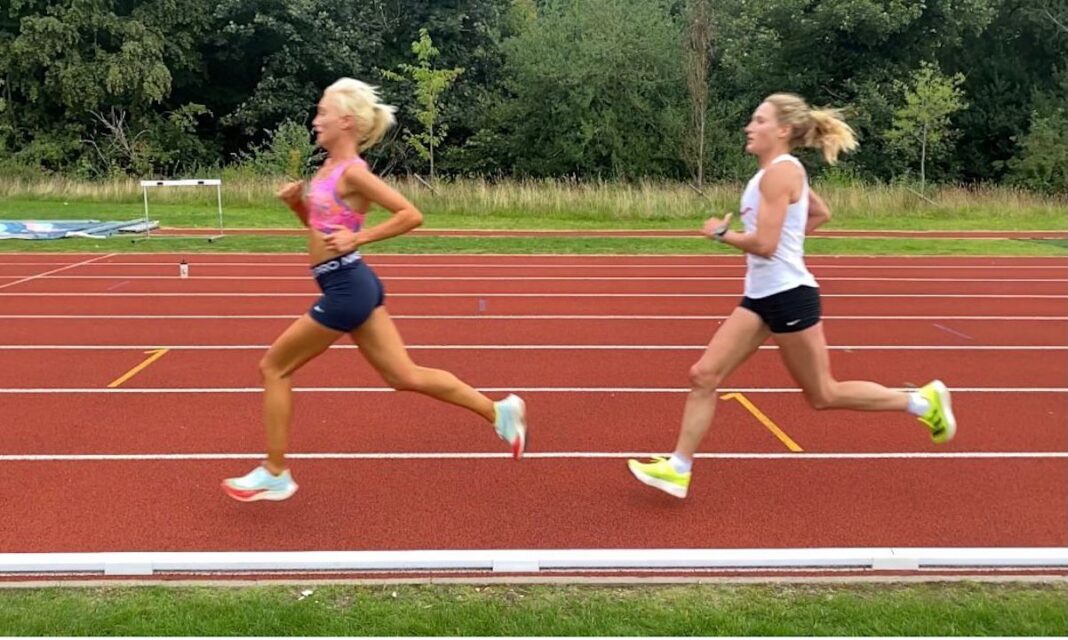 As if last weekend’s record equaling run by Clara Evans wasn’t impressive enough Sam Harrison took it as a “hold my beer” moment and ran an excellent 15:37 at Long Eaton parkrun this morning. The GB international is someone who just keeps improving and it is no surprise she beat the mark of Charlotte Arter and Clara Evans, but it would have been a tough outing still.

The fastest male runner wasn’t quite as close to the record (although a Tasmanian devil got close today. See below). Andrew Milligan and Dylan Evans did both clock a mightily impressive 14:47 at separate events. Milligan, at Worsley Woods, broke the course record for the event but not his own parkrun PB, which was already a 14:47 from Waterworks parkrun in September.

Evans however, listed as unattached but we’re going with the Shaftesbury Barnet/Australia entry on Power of 10, did get a new parkrun PB, but it’s still a little slower than his 5000m and 5k bests of 13:58 and 14:20. Sophie Wallis might well have the quickest second place in the history of these rankings with a rapid 15:51 at Doddington Hall parkrun. We’re sure a hefty parkrun PB and first time under 16 minutes for the distance in any format will be a grand consolation for missing out on the top spot. It’s also a one second course record too.

Up in Middlesbrough Philippa Stone was third fastest in 16:43 at Albert Park. November saw a win at the RunThrough Tatton 10K and a strong outing in the North Yorkshire & South Durham League, so December seems to be on a similar level of performance already.

Third fastest male runner Dominic Nolan was only one second ahead of a couple of virtual and real life chasers with 14:50. Dipping to the line saw off Freddie Hessian at Brighton & Hove parkrun, but also knocked Callum Rawlinson down the rankings (but he got to go for a pastry with his Mum after a course record in South Manchester so will still be happy we reckon).

It looks like a bunch of two runner equal events this week with Long Eaton, Doddington Hall, Brighton & Hove and Ferry Meadows all seeing a couple of fast athletes turn on a show. Going off points for places Long Eaton takes the biscuit this weekend with a 1st and 4th with Harriet Blood providing a fast assist to Sam Harrison with a 16:51 for 4th spot.

Special mention to James Hansen of UTAS Athletic Club, who ran 13:57 at Launceston parkrun in Tasmania this morning. A mere 9 seconds off Andy Baddeley’s 13:48 parkrun record, but not eligible for these rankings (because of the geography).