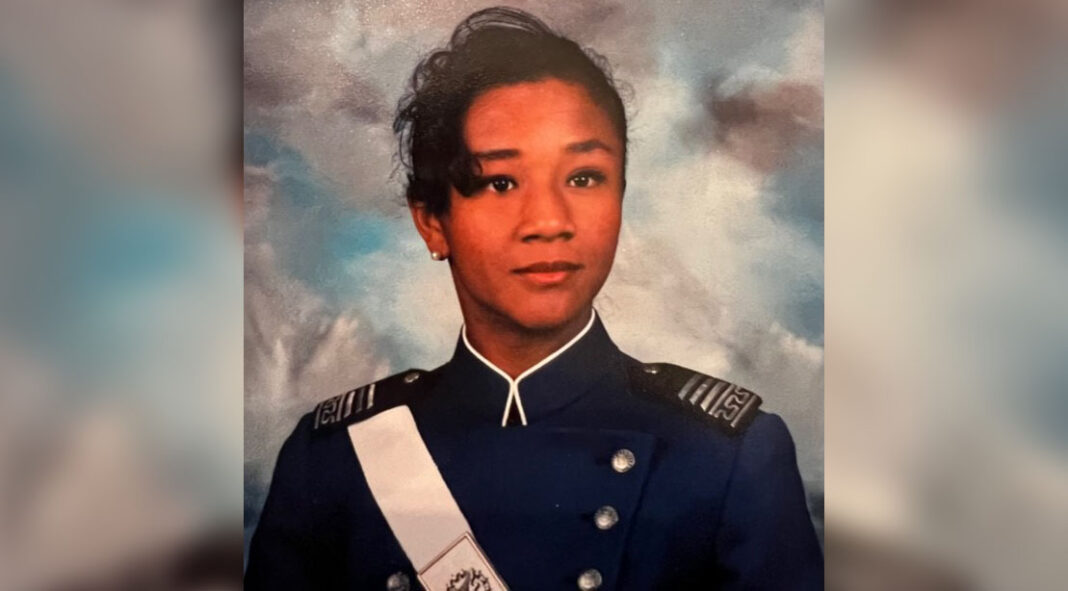 From the time she was a little girl, Tanji Johnson Bridgeman knew what she was going to do when she grew up. A self-described army brat, her father served in the United States Army, and that meant moving around the world for his career. She looks back at her childhood fondly because it meant her father was able to move away from Georgia, and he was the first to do so.

“He was raised in the hoods of Atlanta by his grandmother because his mother had him when she was 16,” said Bridgeman. “He grew up in a bad neighborhood and in poverty. He went on to become the one that set the example because he got out, and he had a family with kids that were educated.”

Bridgeman proudly shared that she was lucky her father served and they were able to travel to Germany, Korea, Louisiana, and other places before retiring in the state of South Carolina. As for Tanji, after taking Junior ROTC classes in high school, she chose to serve in the United States Air Force, following in the footsteps of one of her brothers. Aside from serving her country, it laid a foundation for her to go to college if she chose to. Her

“My dad had said that I had a coupel of options. I could earn a four-year scholarship through the ROTC program, or you could be like your brother and get a full ride, straight up appointment through one of the military academies,” she said. After her dad suggested the Air Force, she took that advice.

In five years of service, Bridgeman would receive multiple honors, including the Air Force Achievement Medal and the National Defense Service Medal. She recalled that her proudest moment in service came while she was deployed to England during the Kosovo crisis in the late 1990’s. As a lieutenant, she was responsible for over 200 servicemembers and eight planes that were in a position to support troops that were in action.

“It was a moment that you realize that you’re a part of something way bigger than yourself. Our mission was to provide refueling for the fighters who were going over into the danger zone. We were in that support role overseas. I just remember how important I felt to be a part of something really important.”

After her military career concluded, Johnson pursued another passion – fitness. With her experience in cheering at the Air Force Academy as a foundation, she took that commitment to the highest level as well by becoming an IFBB Pro in the early days of the Fitness Division. Johnson not only competed, but she was very successful as a professional athlete. She had won 11 pro contests and graced the Olympia stage on numerous occasions. She finished in second place at the Olympia in 2011 and 2015. Her career highlight may be when she won the prestigious Fitness International title at the Arnold Classic in Columbus, Ohio in 2013.

“I will never forget that moment because I was crying. Arnold (Schwarzenegger) came up to me and asked why I was crying. I took the microphone and told him that I had waited ten years for him to come shake my hand.”

While it took a decade for that moment to be created, Bridgeman said she wouldn’t change a thing. She saw her fitness career evolve in a similar way that she evolved in the Air Force Academy.

“It’s the cream of the crop that go into the Academy. So, you already think that you’re all that and a bag of chips, but they break you down. Then, gradually, they build you back up. I see my fitness career the same way. I got my pro card quickly, but then it took that long for me to have that Arnold win.”

Bridgeman is no longer active as a competitor, but she still serves the bodybuilding community as a leader, especially in the Pacific Northwest. While she was competing, she had started transitioning into promoting shows as well. She now owns and runs the Tanji Johnson Classic, which has become a prestigious amateur title in the NPC. Johnson not only wants to repay the industry for how it has helped her, but she wants to make it better for future competitors.

“I love what the industry has done for me in terms of personal growth, how it has helped me as an entrepreneur, and really how it enhanced my life,” she shared. “When there are things that happen that aren’t always positive, you can abandon it or be the light. I want to be the light. I’ve always been one to do something about change.”

Bridgeman has been staying in shape herself, training with dumbbells, bodyweight, and other ways that are outside of a gym. She may not be competing, but she knows the importance of health and fitness as she gets older. WIth November being National Military Fitness & Wellness Month, she hopes that she can be an example to other veterans that will also make sure to improve. She believes that starts with finding something to be passionate about when you transition from military service to the next phase of life.

“That right there can be a struggle for some people because some people don’t even know what they are going to do. If they don’t find the same sense of self-worth or value, it can be difficult,” she stated. “After my competitive career ended, I gave myself permission to be gentle with my body and take the time to see what physical fitness would look like for me post-retirement. We as servicemembers need to have that self-love and take those same steps so we are be able to take care of ourselves for those we love.

Bridgeman also wants to see future servicemembers be at their best in the years to come. As a former Admissions Advisor for the Air Force Academy, she was vested in meeting people that wanted to join the military. Those that are going to serve will be following in footsteps she helped establish.

“When people are waiting to find out who they want to become, that waiting time is very important. They can waste it or be productive. Those young people can come in the military and serve short-term, which can be a way to transition. I had thought I would be a lifer, but then I developed a passion to become a professional athlete, and I pivoted into a career that I’m very proud of. That option is still there for young people as well.”