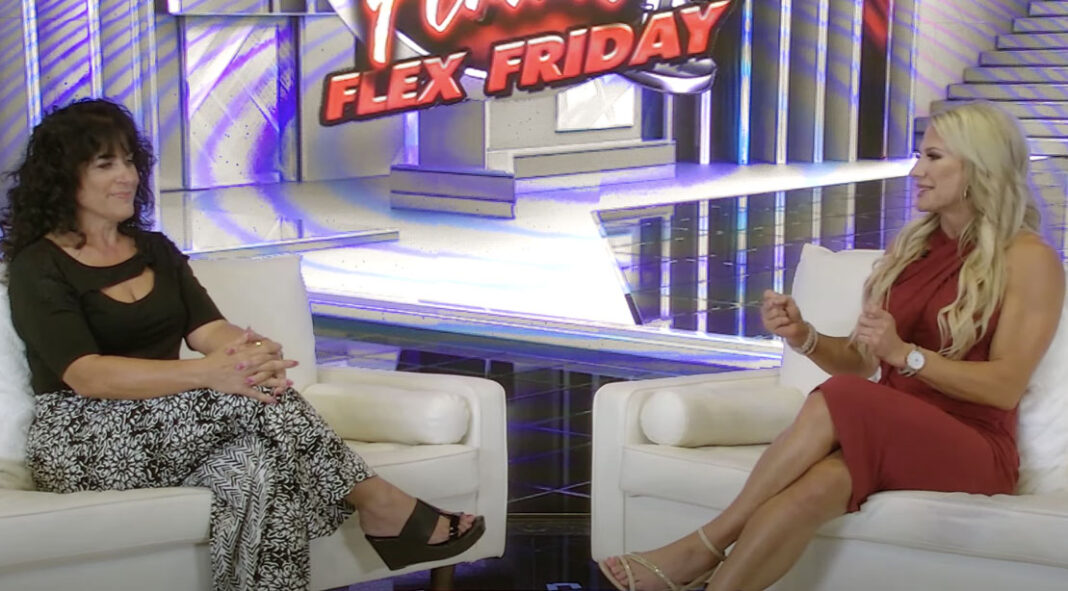 “Behind everything successful is a strong, powerful woman,” said three-time Fitness Olympia champion Whitney Jones. That statement was a fitting way to describe her guest on a recent episode of Femme Flex Friday. The Manion family has been connected to the sport of bodybuilding going back to the 1970’s. Debra Amelio-Manion is the wife of famed photographer and NPC News Online founder J.M. Manion, and she said that their connection goes as far back as her childhood.

“I was 15, and my brother said I need to work out. My older brother worked out at Manion’s Gym, and J.M. worked there,” she recalled. “We went to the same high school. I was a freshman and he was a senior. My brother told J.M. to look out for me.”

They wouldn’t become a couple immediately, but they did start dating and were together for nine years before getting married. Amelio-Manion is also the mother of IFBB Pro League Vice-President Tyler Manion. Even when she was staying home and working a career as a “domestic engineer,” she saw the growth of the IFBB Pro League up close. There are now 11 divisions in total that features the greatest physique athletes on the planet. Jones asked her about the most exciting progression during that time, and she quickly responded in favor of the ladies’ side of the sport.

“Personally, for me, it’s the six divisions for the women. As a woman, we have something for everybody,” she told Jones proudly. “So, we can please every single woman, truthfully, and that to me is the most exciting thing.”

Amelio-Manion shared more about how her husband initially courted her in their high school days as well as more about her role in the world of bodybuilding and fitness. Go to www.wingsofstrength.net or subscribe to the Wings of Strength YouTube channel to see this and all episodes of Femme Flex Friday when they premiere every Friday at 6 PM Eastern time.