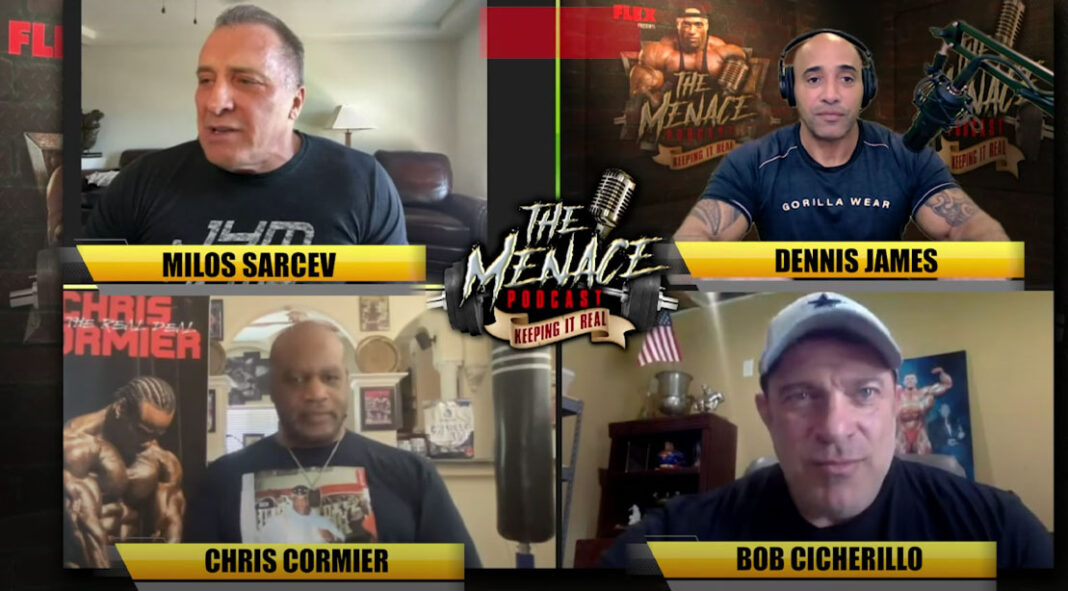 Every sport has that announcer that serves as the “voice.” It could be a ring announcer, commentator, or analyst, but when you say the name of a sport, you can hear that voice in your head immediately. In the world of professional bodybuilding, that voice is none other than Bob Cicherillo. “Bob Chick” has been sharing his “advices” on podcast, contest recaps, and he’s been the MC for the Olympia since 2006.

Cicherillo joined Dennis James, Milos Sarcev, and Chris Cormier on the latest episode of The Menace Podcast to lend his voice on a number of topics, including another role that he’s held for quite some time – the Athlete’s Rep for the IFBB Pro League. After facing criticism on another podcast, he told the panel that he isn’t one for taking a victory lap after accomplishing something for the athletes he represents.

“I don’t publicize it, and I don’t put stuff out to pat myself on the back for all the things we’ve done,” he said. “A lot of these changes were made many years ago because there was a lot of s*** that was wrong many years ago.”

A point of contention that Sarcev mentioned was that the posing round was removed from being scored, and he felt many athletes didn’t agree with that decision. Cicherillo explained why the Pro League opted to make that decision, and why it’s been in place since.

“It’s never been scored the way it should have been,” he explained. “It got to a point that it was so poorly done, that it bit the dust. It was a makeup round for years. There were people that should have won the round all things considered (that didn’t.)”

The discussion also covered prize money for athletes, different divisions, crossover athletes, a a lot more. You can see the full interview as well other bodybuilding roundtables from TMP by subscribing to the Muscle & Fitness YouTube channel. New episodes air every Sunday at 3 PM Eastern time.