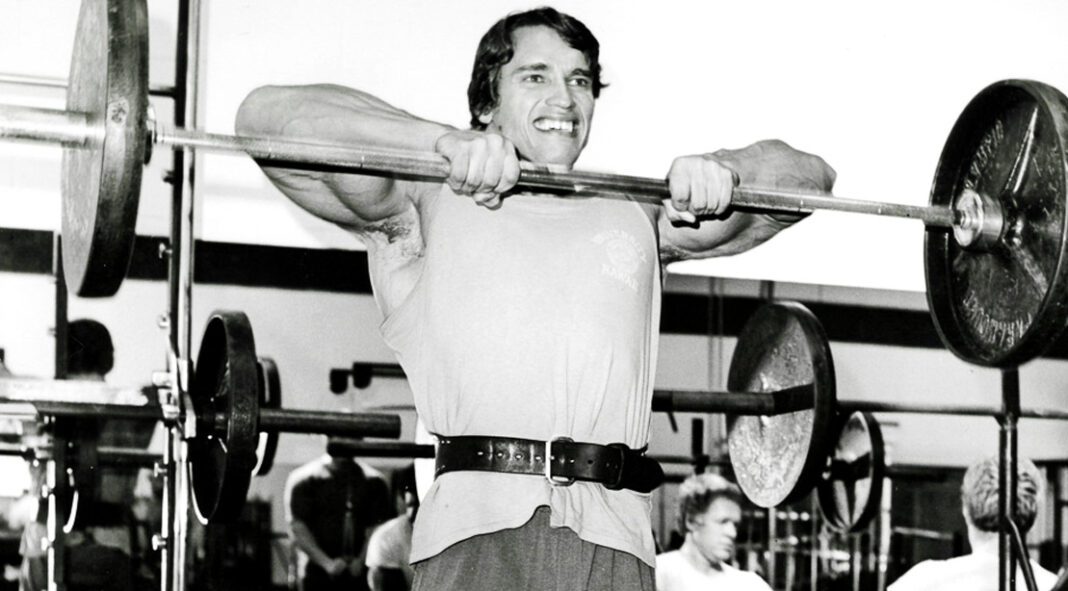 Seven-time Mr. Olympia Arnold Schwarzenegger hasn’t competed onstage since 1980, but the namesake of the Arnold Classic is still as relevant in the sport as he’s ever been. That’s because he has stayed connected to fitness, even while he was a top box-office draw and governor of California.

That passion for working out showed itself recently when Schwarzenegger shared training clips and a training tip from his days as Mr. Olympia. In the post, he spoke about the importance of using a full range of motion when doing movements such as the front dumbbell raise and side raises.

“When I tell people to do the full range of motion on every exercise and not cheat themselves, this is what I mean,” he wrote in the caption of the post. Most trainers and coaches suggest lifting the weights to shoulder height on these movements. Schwarzenegger lifts the dumbbells up over his head on front raises, and he also goes well above the shoulders on the side raise.

It’s hard to argue with his results. Known for his tremendous chest and arm development, Schwarzenegger focused on improving his deltoid development by creating a twisting seated dumbbell press that has become known as the Arnold Press. This proved to be a way for him to target all three heads of the shoulders, and it helped him improve his width and thickness at the top of his upper body.

If you want to see how well his tips could work for you, then you can try this all-dumbbell shoulder workout and imagine your delts growing to the size of boulders like Schwarzenegger did when he was the number one bodybuilder on the planet.

Schwarzenegger also referenced a project he is working on as “the next step in his fitness crusade.” You can follow him on Instagram @schwarzenegger for more information.

Did You Know: Event Series