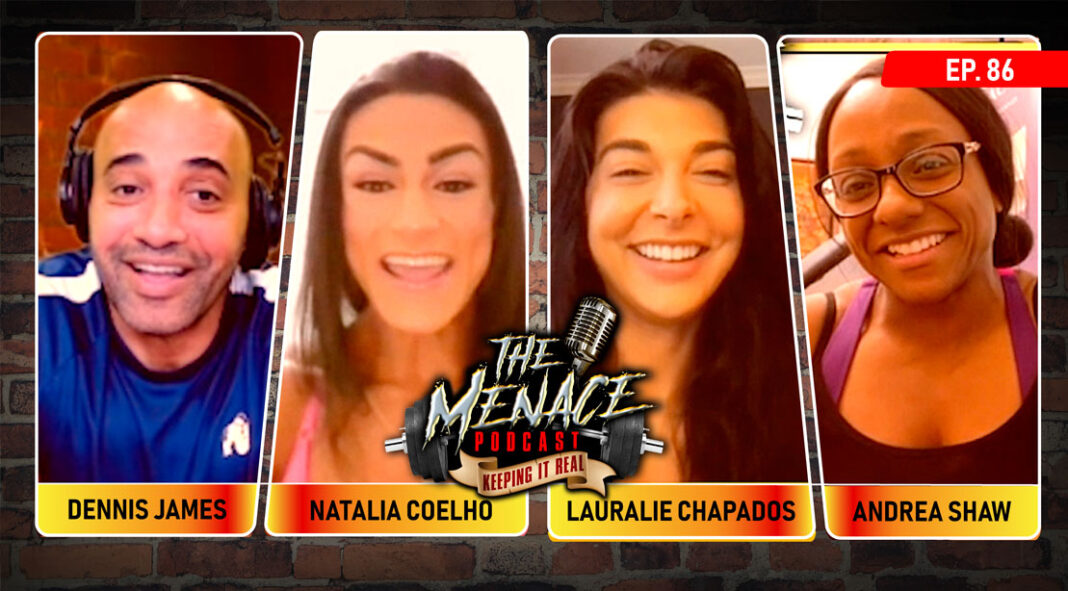 If a first-time competitor or amateur athlete is looking to make a career out of competing, the best advice could come from pros that have done what they want to do at a high level. Dennis James recently put together a roundtable that focused on the women’s side of the sport, and he included three of the best in their fields. Ms. Olympia Andrea Shaw, Women’s Physique Olympia runner-up Natalia Abraham Coelho, and reigning Bikini International champion Lauralie Chapados joined James on The Menace Podcast to offer their insights in their respective divisions.

Shaw is the world champion of women’s bodybuilding, and she offered perspective on not only the privilege, but the responsibility that comes with being Ms. Olympia.

“I feel like I have to lead the charge. I have to be the spokeswoman for my division,” said Shaw. In her eyes, that also means reaching out to ladies that may be unsure of which division is the right one for them.

“There’s been several Women’s Physique girls that I’ve reached out to that they’re not in the right place.”

Coelho may be one of the most popular athletes in the IFBB Pro League, male or female, and she is great at seeking opportunities to compete and making an impact. She was all set to compete in the New York Pro earlier this year, but J.M. Manion reached out to inform her that they were having the very first Women’s Physique contest at the Pittsburgh Pro in early May. She saw the moment and seized it.

“I was getting ready for the New York Pro. I was like ‘why not? Just go be in this show too because it’s a big title,” Coelho told James. The risk paid off because Coelho won, and she is now the answer to a trivia question about Pittsburgh bodybuilding history.

Then there’s Chapados, whose had arguably the best start to a season one could have. After the Bikini International title at the Arnold, she also won in Pittsburgh, and she is now considered by many to be the number one contender to reigning Bikini Olympia champion Jennifer Dorie. Being in that position means having a strong support base. Chapados warned the viewers that those people that are closest to you may not be the most positive voices you hear.

“It could be a friend or someone you love and someone that says they love you, but then they throw those dark thoughts at you,” Chapados said. She went on to say that in spite of that challenge, do your best to surround yourself with those that are like-minded and more positive.

There are many knowledge bombs that get dropped in this episode. Catch it in its entirety over at the Muscle & Fitness YouTube channel. While you’re there, subscribe to catch all new episodes every Sunday at 3 PM Eastern time.

Kelly Clarkson Felt Pressured to Be a Sexual Pop Star