Watch Coco Gauff and Her Parents Do a TikTok Dance 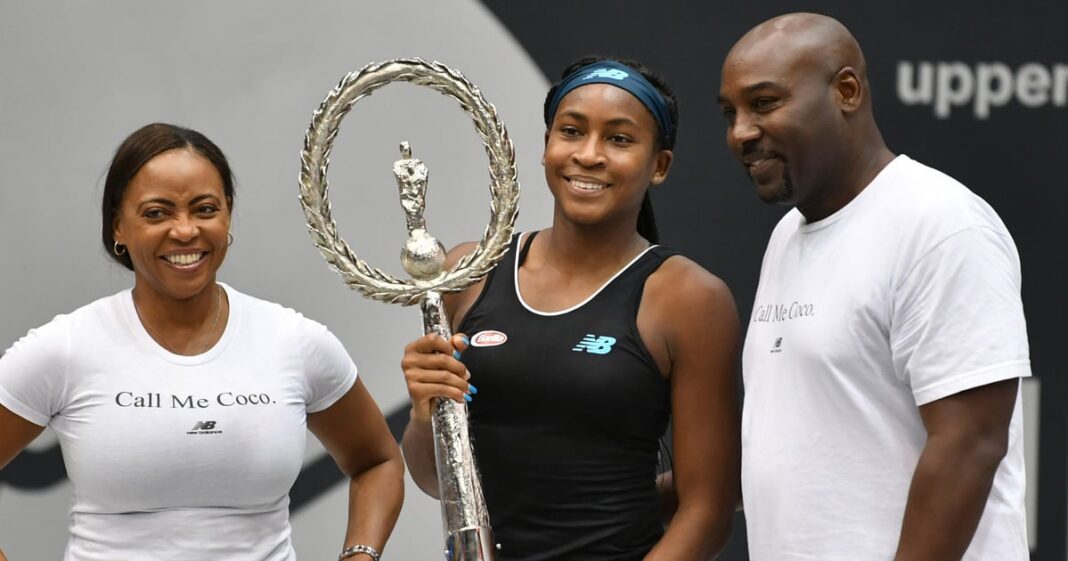 Coco Gauff’s parents are coming for her spotlight. The 18-year-old tennis champ recently shared a now-viral video of mom Candi and dad Corey attempting a TikTok dance, and we have no choice but to give them an A for effort.

In the clip, Coco does a quick routine set to PartyNextDoor’s trending song “Her Way” before her parents try to mimic the moves. “I didn’t teach them the dance I just told them to try and copy me,” Coco wrote. Candi goes all out with a huge smile on her face, but Corey, on the other hand, seems to be doing a different dance entirely, as evidenced by Coco holding back her laughter the whole time. In just a few days, the video raked in more than one million views and hundreds of comments, ranging from “the dad walked so the mom could run” to “I can’t stop watching this.” Coco has since posted footage of her parents retrying the dance after she gave them a real tutorial, along with a hilarious blooper.

Coco also addressed the video during an interview after her Australian Open match against Emma Raducanu on Jan. 18. “Basically everyone was hating on my dad in the comments,” she said, laughing. “I kinda felt bad, but at the same time, parents really do anything for their kids, so I’m glad my dad took one for the team.” When asked who’s the best dancer of the three, Coco responded, “Probably my mom — at least that’s what the comments say. . . . A lot of people asked for just a solo video of her, and I’m like, ‘This is my account, no. I’m the star. I’ll shine in my own TikTok!'” And shine she certainly will.

Read ahead to enjoy the Gauff clan’s TikTok takeover, and join us in hoping Coco’s parents create their own accounts soon — because this is the type of wholesome content our FYPs need.

Event Size: Does It Matter?