The Lord of the Rings: Rings of Power: Harfoots, Explained 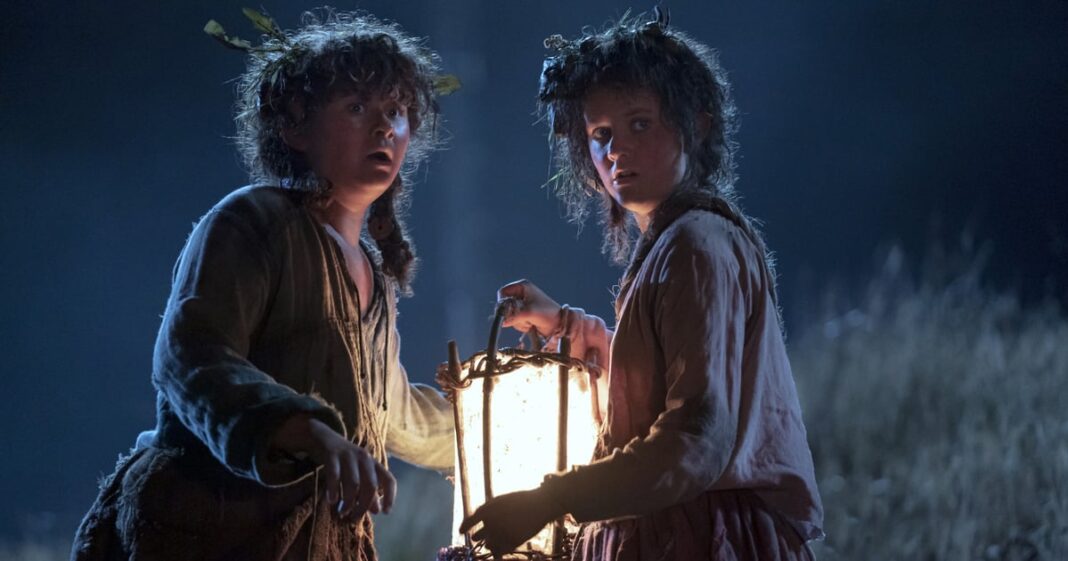 “The Lord of the Rings: The Rings of Power” goes way back in Middle-earth lore, thousands of years before “The Lord of the Rings.” It’s loosely based on the supplemental texts and appendices that J.R.R. Tolkien wrote to flesh out his fictional universe. While we’ll definitely see a few familiar characters along the way, there are also some new ones, like the Harfoots.

In Tolkien lore, the Harfoots are essentially proto-Hobbits, the ancient ancestors of the Hobbits we know and love from “The Lord of the Rings.” Like the Hobbits, the Harfoots are short, human-like beings with large, hairy feet. These beings, however, don’t live in a country-garden type of area like the Shire. They’re forest dwellers, known for their ability to hide and camouflage themselves to live undetected in their quiet communities and campgrounds. In fact, some other communities don’t even know they exist!

Tolkien’s writings have very few mentions of Harfoots by name, but “The Rings of Power” is filling in those gaps with some notable Harfoot characters. Elanor “Nori” Brandyfoot (played by Markella Kavenagh) is a young Harfoot whose curiosity leads her to discover a mysterious stranger near a meteor impact site. There are also characters like Sadoc Burrows (played by Lenny Henry) and Poppy Proudfellow (played by Megan Richards), who seem to have a part to play as the story unfolds. None of these characters appear directly in Tolkien’s writings; instead, they’ve been created for the TV series to fill in some of the gaps.

The Harfoots do have a connection to the Hobbits as we know them, beyond just the superficial resemblance. According to Tolkien’s “histories” of Middle-earth, over thousands of years, their species evolves, along with two other types of hobbits, called Stoors and Fallohides. Eventually, the Harfoots settle in the Shire, where hobbit culture as we remember it from “The Lord of the Rings” develops. They’re also the first to be called “hobbits,” a name reportedly given to them by the Stoors and Fallohides.

It looks like the Harfoots will have a major role in “The Rings of Power,” but we’ll have to wait and see just how their stories unfold.

5 Ways Praying Before Meals Can Help You Overcome Overeating

Zendaya Celebrates Her 26th Birthday With a Throwback Photo