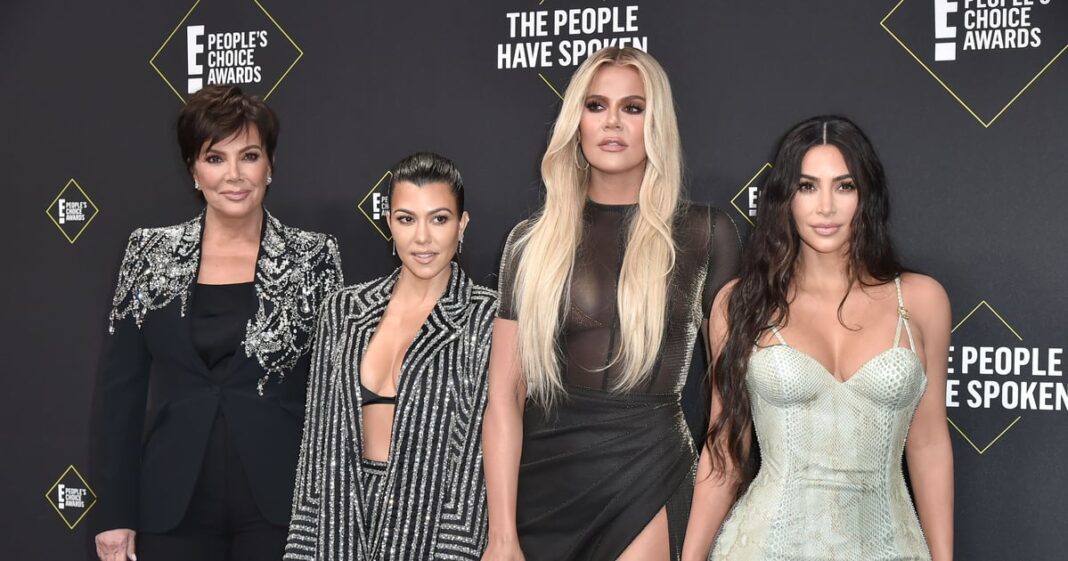 Move over Bridgertons, the Kardashian-Jenner family are coming for your regency crown. The famous family loves a theme, and this year’s Thanksgiving celebration took a decidedly royal turn, as revealed in North West and mom Kim Kardashian’s holiday TikTok. In the video, West revealed the entire family had family portraits done in a regency-era style.

An entire wall was devoted to the portraits, which include famed momager Kris Jenner looking like a queen, Kim styled with a towering white wig, and Kylie Jenner and Khloé Kardashian painted holding their baby sons with their faces directed away from the viewer. Both sisters welcomed sons this year — Kylie with her partner Travis Scott, and Khloé via surrogate with her ex Tristan Thompson — but neither of them have shared photos of their sons faces or disclosed their names yet. (Kylie previously announced her son’s name was Wolf, but she and Scott later decided it wasn’t the right name for their little boy.)

In addition to the portraits, the TikTok video was also scored with a classical style song that’s reminiscent of the ones heard on the “Bridgerton” soundtrack. Add in the copious amount of candles present at the event, and it begins to look like the Kardashian-Jenner family were as obsessed with Kate and Anthony from the Netflix series as the rest of the world was this year.

While there were definite regency vibes throughout the elaborate décor, the theme did not extend to the food. West also showed off the family’s tablescape and their impressive dessert spread. In addition to the traditional Thanksgiving pies, there were also donuts and s’mores on offer.

Meanwhile, Kim also shared a few snaps of the set-up to her Instagram Story, revealing that despite the royal touches, the family still had a traditional kids table, which included turkey placemats for coloring, outside. It seems even when the Kardashian-Jenner family go full-“Bridgerton” they still have to be practical when it comes to keeping the needs of the family’s youngest members in mind. 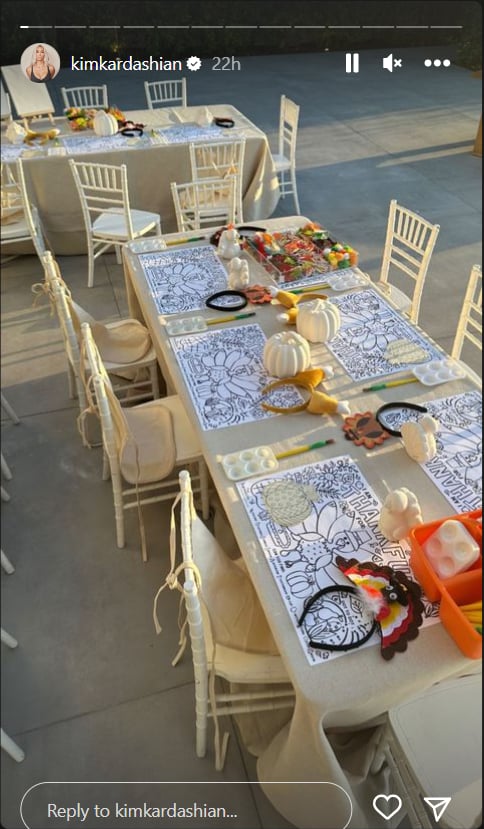