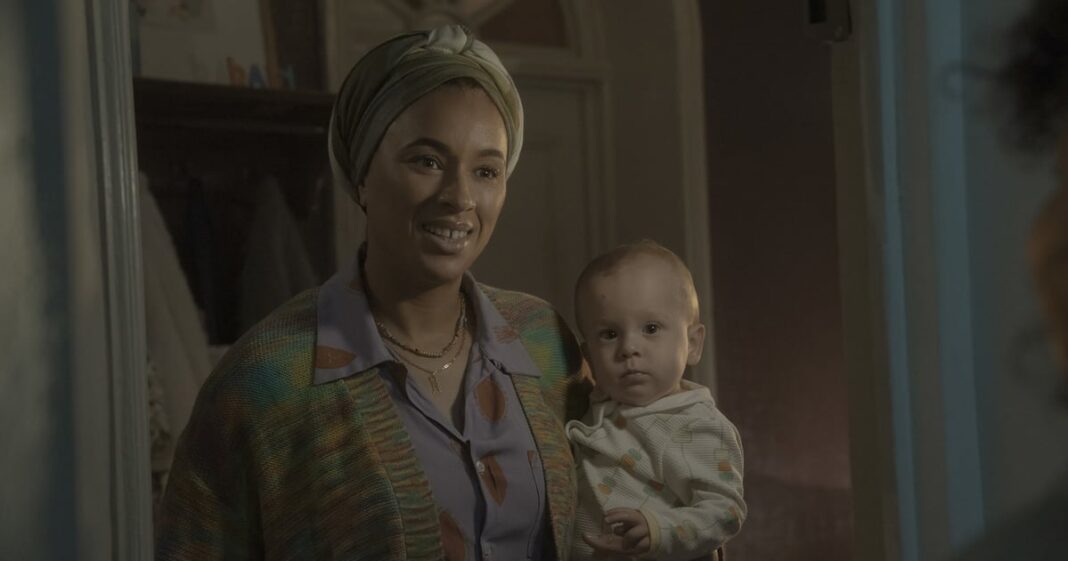 HBO’s “The Baby” wrapped things up with a shocking final episode on Sunday, June 12. The show follows Natasha (Michelle de Swarte), a single women in her 30s who finds herself stuck with a murderous baby. Over the course of the eight-episode season, Natasha learned that the baby was born to Helen (Tanya Reynolds), a young women who left her husband for her lesbian lover only to find out she was expecting. She wanted an abortion but was instead kidnapped by her husband, who kept her from getting one. The mysterious Mrs. Eaves (Amira Ghazalla), we learn, was Helen’s partner, Nour, and she blames herself for the baby and believes she’s cursed it. Let’s break down the show’s ending.

In episode seven, Mrs. Eaves sneaks off with the baby to kill his father, Jack, who was still alive and in a hospital. Natasha rushes in and takes the baby back, telling Mrs. Eaves that she’s finally going to give the baby what it wants — unconditional love. Mrs. Eaves warns her that it won’t work, but Natasha leaves with him.

In episode eight, Natasha has done just that and fully embraced her role as the baby’s mother. The song “Yes Sir, That’s My Baby” plays, and the baby seems content. They are always together. Everything in Natasha’s life revolves around him. When she takes him to a checkup appointment, Natasha refuses to leave the baby alone with the doctor, who thinks she just has typical motherly anxiety.

“You’ll give him attachment issues,” the doctor says, and Natasha tries to warn her not to intervene. She’s panicked when the doctor picks up the baby alone, and the show cuts away, though it’s obvious that someone hurt, or even killed, the doctor.

Then Natasha’s sister, Bobbi (Amber Grappy) stops by her apartment for a visit. She sees Natasha’s home has been completely transformed into a baby’s paradise, but her sister isn’t there. She consults with Mrs. Eaves, who is sleeping in her car outside. She fills Bobbi in on the baby’s true nature. “He’s our fear of being unloved. He’s a bottomless pit of need,” she explains. Mrs. Eaves says there’s nothing they can do now to help Natasha because “she’s his now.” Bobbi is furious and refuses to fold.

Natasha arrives back at her apartment with the baby, and Natasha’s dad (Patrice Naiambana) stops in for a visit. Again, Natasha tries to warn him to stay away from her and the baby. Instead, he takes the baby and puts it in his crib, away from Natasha. Natasha attacks him with an object, and then the scene cuts to Natasha playing with the baby. It turns out, the baby is now somehow mind-controlling her so that she’ll hurt others.

Bobbi returns, bearing items for the baby. She offers her help, and again, Natasha tells her to go. Bobbi recognizes their dad’s hat, but Natasha tells her that their dad isn’t there. Bobbi drops a glass to make a distraction and finds her dad on the floor in the bedroom, unconscious and bleeding.

The baby realizes Bobbi knows what’s happening, and Natasha yells, “I can’t stop him. Run!” Mrs. Eaves hears a commotion from outside and enters the apartment. She finds Bobbi at the bottom of the closet tied up with a bag over her head, and Bobbi warns her about the mind control. She tries to kill the baby, and Natasha stabs her.

“You can’t help me, no one can help me,” Natasha says, and she takes the baby and drives away. “You’re a parasite, and you suck people dry,” she tells him.

Mrs. Eaves and Bobbi chase after Natasha and the baby. It turns out, Natasha has driven them to another cliffside. “No one’s going to catch you this time,” she says, and she takes the baby and runs toward the cliff, just like the women who left Natasha the baby did. On the other side is a large body of water.

Bobbi finds Natasha sitting with the baby on the cliffside. The two sisters reconnect, but Natasha still plans to jump with the baby. But Mrs. Eaves takes the baby in her arms and jumps into the water. We see the baby floating away from her, sinking to the bottom as she pushes toward the surface. Just as you think Mrs. Eaves might be dead, Natasha rescues her from the water. They both gasp for air on the shore.

“Is it over?” Natasha asks.

We fast-forward to the future, where Natasha is finally being supportive of her friends who are new moms. She apologizes for her behavior in earlier episodes and has a new appreciation of what they’re going through. We also see that Bobbi is thriving as a children’s magician on her own and that Mrs. Eaves is still alive and living life on her own terms. The whole show has served as a metaphor for the ways having a baby can take over a person’s life, and this happy ending feels like it carries a pro-abortion message — an unwanted child ruined the lives of multiple women. When people can control the amount of children they have, they can make their own choices and find their own happiness.

But the last shot puts a damper on this ending. The baby has survived the fall and emerges onto the shore himself. It feels like the correct ending in an era where abortion rights and LGBTQ+ rights remain under attack. The fight is never over, somehow. The menace remains.