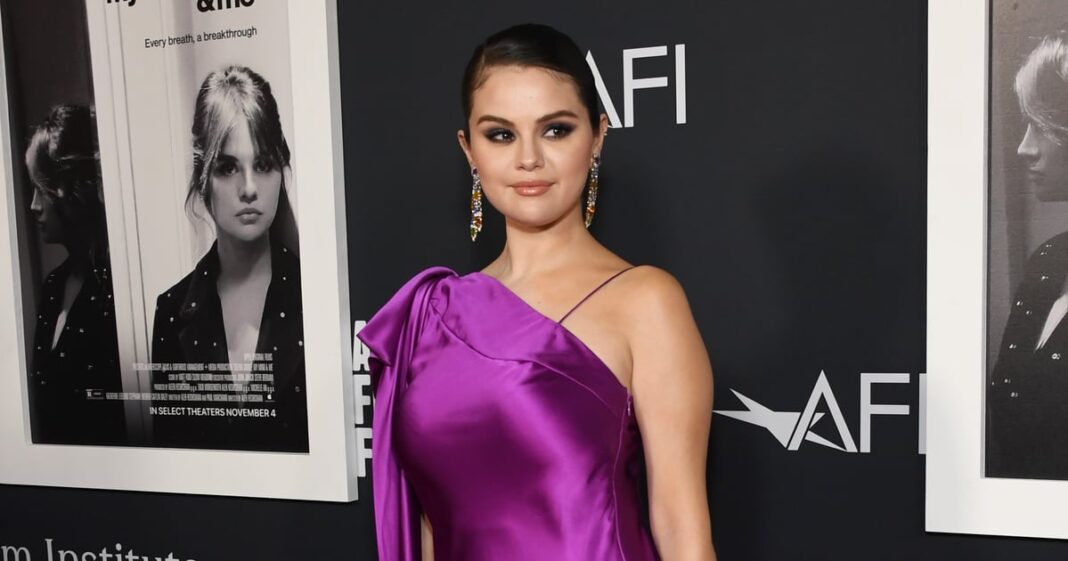 Despite already collaborating on the group’s hit song “Ice Cream,” Selena Gomez and Blackpink just got around to hanging out. That’s through no fault of their own though — the band and Gomez were forced to film their parts of the music video separately due to COVID restrictions. On Saturday, Nov. 26, the “Calm Down” singer posted a photo of herself and the South Korean pop band on her Instagram alongside the caption, “Selpink chillin.”

In the first photo, Gomez is sandwiched between Jennie, Rosé, Jisoo, and Lisa, all of whom are wearing their own merch. Meanwhile, Gomez donned a long black jacket, jeans, and black shirt for the occasion. In the second photo, the band and Gomez appear to be going in for a group hug.

During an interview with CR Fashion Book, Gomez revealed that she had previously met Rosé and Jisoo, but she was excited to one day meet the rest of the band. It seems she’s now made that meetup a reality.

“I just love them and their energy,” she told the publication. “We had a lot of fun together but sadly because of the virus we weren’t able to do anything in person. I had met Jisoo and Rosé at a fashion show a couple of years ago but I can’t wait to meet the other girls in person one day. Shooting the music video was a lot of fun. My videos tend to be a bit moody and they are known for their colorful and fun videos and it was exciting for me to step into their world.”

Blackpink are currently on their “Born Pink” World Tour, so chances are they’ll be hanging out with quite a few artists along the way. However, thanks to their long-distance collab, the group’s meeting with Gomez is extra sweet.

Shopper Stoppers: How to Get Shoppers to Stay Longer and Spend More