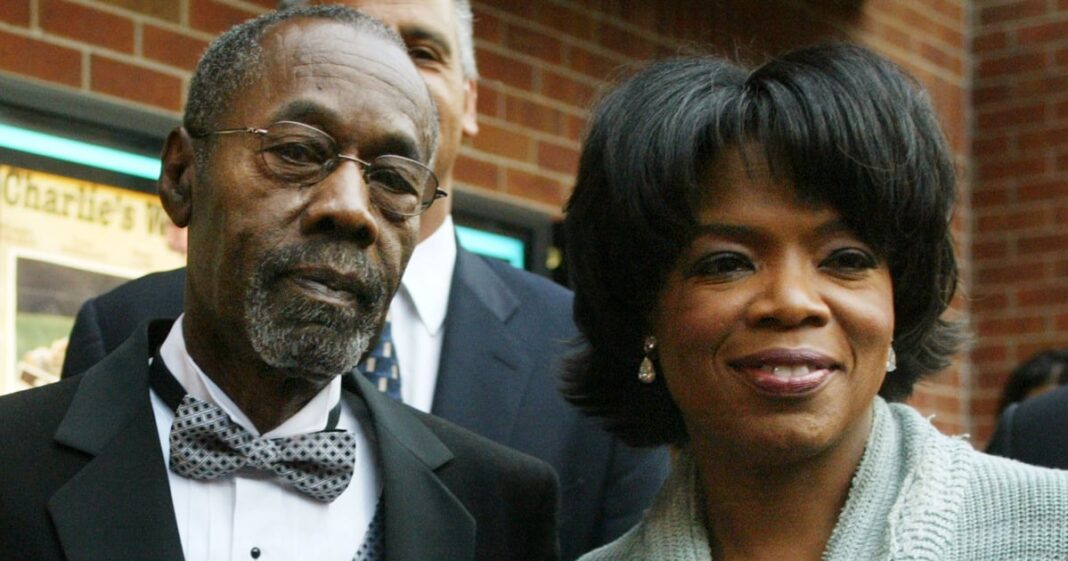 On Friday, July 8, Oprah Winfrey’s father, Vernon Winfrey, died at the age of 88. Oprah posted a tribute to her father on Saturday, celebrating his life and sharing the sad news of his death with her fans. Vernon was a Nashville businessman and barber who died after a battle with cancer.

Oprah began her post by sharing that her father lived from 1933–2022. “Less than a week ago we honored my father in his own backyard. My friend and gospel singer Wintley Phipps saluted him with song,” she wrote alongside a video from the celebration on her Instagram. “He FELT the love and reveled in it until he could no longer speak.”

She continued, “Yesterday with family surrounding his bedside, I had the sacred honor of witnessing the man responsible for my life, take his last breath. We could feel Peace enter the room at his passing. That Peace still abides. All is well. Thank you for your prayers and good thoughts 🙏🏾.”

The philanthropist surprised her father on July 4 with a special party in his honor. Oprah dubbed the day “Vernon Winfrey Appreciation Celebration” and hosted a big backyard barbecue that was attended by family and friends. She shared a video from the event on Instagram, which she captioned, “Giving my father his ‘flowers’ while he’s still well enough to smell them. Happy 4th of July as you gather with your family and friends. Remember to celebrate each other 💐.”

Even Nashville Mayor John Cooper honored Vernon on Twitter. “I offer my deepest condolences to the family of Vernon Winfrey,” the mayor tweeted. “Vernon served on Metro Council for 16 years, and dedicated his life to entrepreneurship, barbering and mentoring young men in the community. An Army veteran and deacon, he leaves behind a legacy of service.”

In a 2021 interview with People, Oprah spoke passionately about the profound impact her father had on her life. “My mother and father never married,” she said. “They had sex one time. He gets a letter after I’m born saying, ‘Send money. You have a daughter.’ And the reason he did, he said, is because it could have been him. And the responsibility that he took for me, not just a responsibility but care and love and direction and support as a young teenage girl, is the thing that made the difference in me being who I am now or somebody you would have never, ever heard of.”