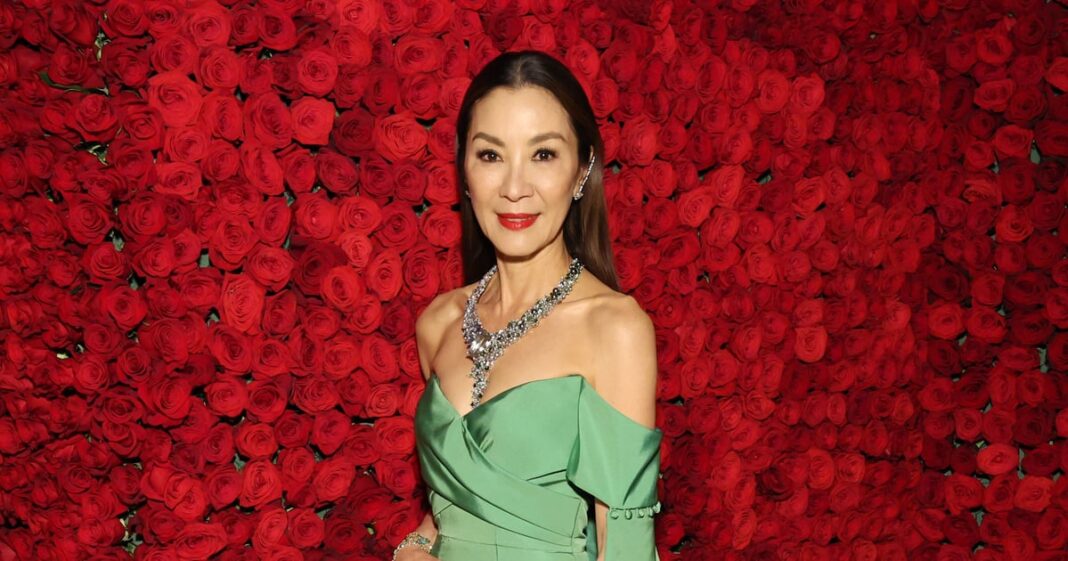 Michelle Yeoh is officially an Oscar nominee. On Jan. 24, the Academy of Motion Picture Arts and Sciences announced the 2023 nominations, and the 60-year-old Malaysian-born actor is in the running for best performance by an actress in a leading role. In her category, Yeoh is up against Cate Blanchett, Ana de Armas, Andrea Riseborough, and Michelle Williams.

Yeoh made history as the first Asian nominee in the category for her portrayal as Evelyn Wang — a dimension-hopping, immigrant, mother, and laundromat owner — in A24’s “Everything Everywhere All At Once.” While past nominees, including 1936 actor Merle Oberon, and contemporaries like Salma Hayek, Cher, and Natalie Portman have ties to Asian heritage, (Sri Lanka, Lebanon, Armenia, and Israel/Russia, respectively), Yeoh is the first Asian-identifying.

Yeoh began her career in Hong Kong, before landing roles in Hollywood films like “Crazy Rich Asians and “The School For Good and Evil,” as well as the upcoming Disney+ show “American Born Chinese.” When she recently accepted her Golden Globe for best lead actress, she recalled the discrimination she faced in her early career. “I remember when I first came to Hollywood, it was a dream come true until I got here,” she said. “Look at this face. I came here and was told, ‘You’re a minority,’ and I’m like, ‘No, that’s not possible.’ Then someone said to me, ‘You speak English?’ I mean, forget about them not knowing Korea, Japan, Malaysia, Asia, India. And then I said, ‘Yeah, the flight here was about 13 hours long, so I learned.'”

After winning big at the Golden Globes, it’s no surprise “EEAAO” leads the Oscars with 11 nominations, which also include Jamie Lee Curtis and Stephanie Hsu for best supporting actress, Ke Huy Quan for best supporting actor, and recognition for the screenplay, original score, original song, production design, costume design, editing, and directing. Stay tuned for the 95th Oscars on March 12 to find out which awards the film will take home.