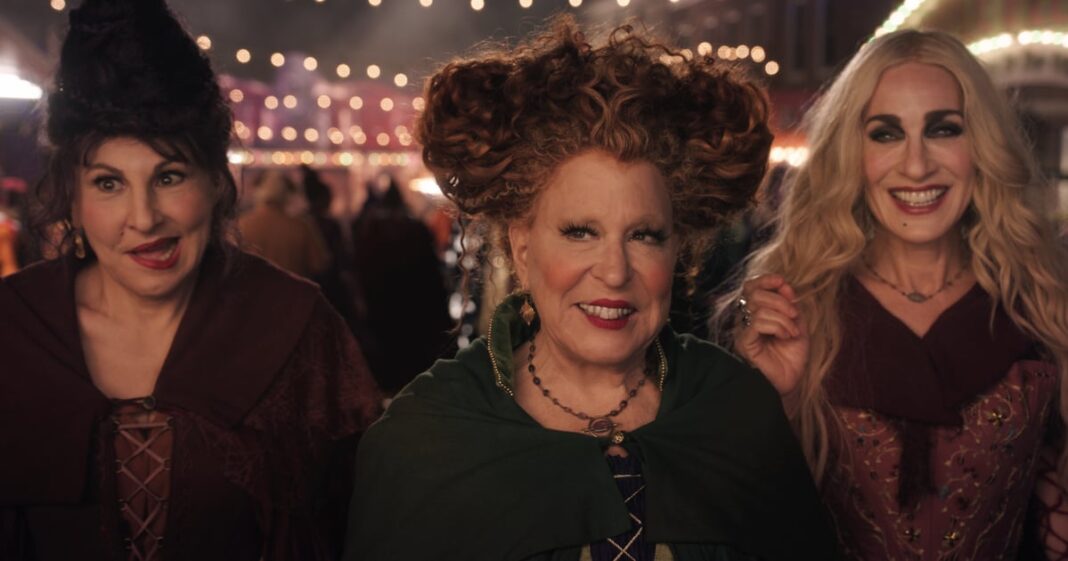 No one put a spell on you — Mary’s crooked smile really does switch sides in “Hocus Pocus 2.” The long-awaited sequel to the 1993 classic is packed with Easter eggs for fans of the original, but the update to Mary’s smile has left some fans puzzled. However, according to star Kathy Najimy, there’s a perfectly reasonable explanation for the change, and it has nothing to do with magic.

In a recent interview with Entertainment Weekly, Najimy revealed that switching Mary’s lopsided smile from the left side of her face to the right came down to her comfort. “It’s on the other side mainly because it’s so hard for me to do it on the side I did it on 30 years ago. I’m sure the fans are going to go into deep detail about why it’s on the other side,” she explained. “It’s just something I came up with the first week. This is a big comedy, so you don’t have to be subtle or have a 40-page Shakespearean backstory.”

From that point forward, Mary’s trademark smile goes in the opposite direction. That level of attention to detail helps make “Hocus Pocus 2” both a nostalgic treat for original fans and a fun movie for kids who are just being introduced to the franchise.

In a September interview with Collider, Najimy shared why she believes “Hocus Pocus” continues to resonate across generations of fans. “There was something in this film that was ‘The Wizard of Oz’-ish, where the generation shows it to their kids, who then show it to their kids, and so on, and it becomes part of the fabric of the history of the family,” she said. “I don’t think that anyone could ever predict that.”