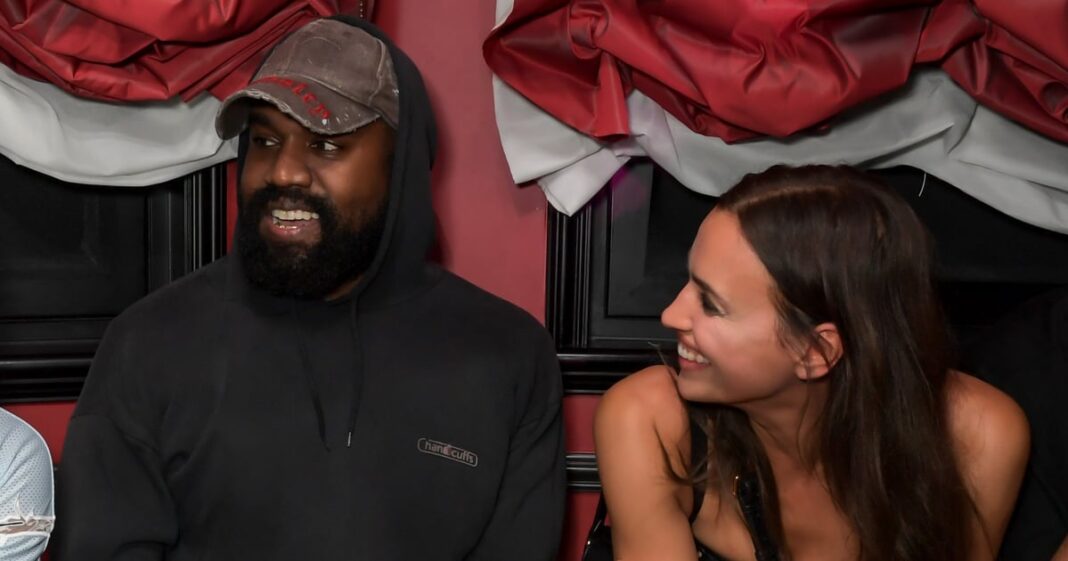 Kanye West is living it up at London Fashion Week. After stepping out in bedazzled flip-flops at Burberry’s spring/summer 2023 show on Sept. 26, the 45-year-old mogul let loose at the afterparty held at The Twenty Two. West was joined by Burberry COO Riccardo Tisci, Naomi Campbell, and Irina Shayk, whom he briefly dated last year. Despite their split, the two appeared to be in good spirits as they sat together and chatted.

West and Shayk were first rumored to be dating in April 2021, two months after his separation from Kim Kardashian was announced. However, it wasn’t until June 2021 that they were photographed together in public for the first time while vacationing in Provence, France. Two months later, though, People reported that they called it quits. A source told the outlet that the relationship “was never a serious thing that took off.” Another source added: “Kanye has been busy working and spending time with his kids. This is his focus. He doesn’t have time to date right now. He finds Irina amazing though. They remain friendly.”

West has now been recently linked to model Candice Swanepoel. On Sept. 16, Entertainment Tonight reported that a source said they “are dating and their relationship is new.” “They like each other and are happy with how things are going so far,” the insider added. “They’ve connected over fashion and creativity. Kanye is excited about Candice.”

Shayk, on the other hand, appears to be single at the moment and is focused on coparenting her 5-year-old daughter, Lea De Seine, with ex Bradley Cooper.