Jason Momoa and His Kids at Slumberland Premiere | Photos 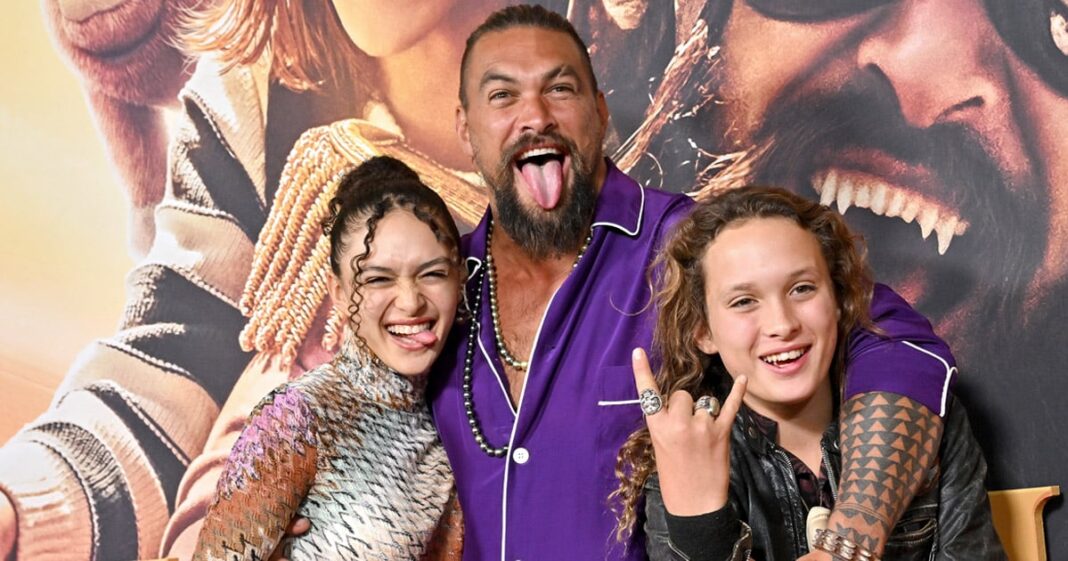 Jason Momoa made the “Slumberland” premiere a family affair. The actor walked the Nov. 9 red carpet with his mom, Coni Momoa, and his two children, 15-year-old Lola and 13-year-old Nakoa-Wolf, who he shares with his ex, Lisa Bonet. Though this marks a rare red carpet outing for the family, Momoa’s kids did previously accompany him to “The Batman” premiere earlier this year in March.

“My babies and my family are the most important thing.”

“My babies and my family are the most important thing,” Momoa told E! News at the premiere. “We always go on adventures so we go on road trips. We go wild and go camping around the world.” The actor also paused to share a sweet embrace with Lola on the carpet.

While Momoa usually keeps his kids out of the spotlight, Lola wasn’t shy about being interviewed, explaining that she joined her dad on set on more than one occasion while he was filming “Slumberland” and directly influenced a scene in the film. “We were there for most of the time,” she said. “It was incredible. Me and my friends choreographed a dance routine to ‘Don’t Start Now’ by Dua Lipa and my dad loved the dance so he put it in the movie.”

At 15, Lola still has plenty of time to map out her future, but we wouldn’t be surprised if she followed in her dad’s footsteps and went into the entertainment industry. In the meantime, she and Nakoa-Wolf proved that humor runs in the family as they stuck their tongues out at the cameras on the red carpet alongside their dad.

That same day, Momoa also stopped by “Jimmy Kimmel Live” to promote his new film while dressed as his character, Flip, in a set of silky purple pajamas. A few minutes into the interview, the actor stripped down to reveal a butt-baring malo, a traditional Hawaiian garment, that he went on to say he wears “all the time.”

See sweet photos of Momoa on the red carpet with Lola and Nakoa-Wolf ahead.

Welcome To The World, Baby Noah!