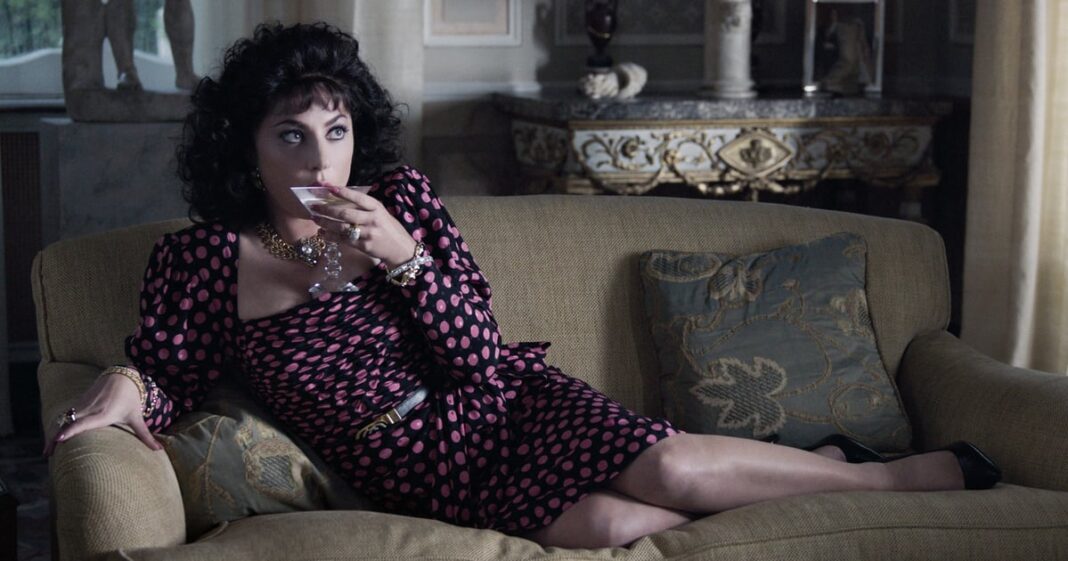 Movie releases were turned on their heads over the past two years while theaters were closed and people were staying home because of the COVID-19 pandemic. Because of this, many movies that came out in 2020 and 2021 were released to streaming services in a way that hadn’t happened before. Now that theaters are back up and running, though, some studios are doing hybrid releases: putting movies in theaters and on streaming platforms at the same time. Not “House of Gucci,” though. The movie, starring Adam Driver and Lady Gaga, was released exclusively in theaters on Nov. 24, 2021.

In “House of Gucci” — which is, of course, about the titular fashion house’s dynasty — Lady Gaga plays Patrizia Reggiani, the ex-wife of Maurizio Gucci (Driver) who was convicted of ordering Gucci’s 1985 murder. The real Reggiani served 18 years in prison before being released. The film generated a lot of buzz during award season, but, ultimately, it was snubbed by the Oscars and SAG Awards.

“House of Gucci” is now available to own digitally via VOD services like Amazon and Vudu. According to Variety, the digital-release package includes all-new exclusive bonus content, including a featurette called “The Lady of the House” — which documents Lady Gaga’s transformation into her role — and another called “Styling House of Gucci” — which walks viewers through the process of creating the wardrobe pieces worn by the Gucci family.

“House of Gucci” hit VOD services on Feb. 1, and now it’ll be available to stream on Prime Video starting July 2. So get your popcorn ready, and prepare to indulge in Lady Gaga’s commanding performance!

Lourdes Leon Opens Up About Madonna’s Influence on Her

How to Choose the Right Event Tech Stack