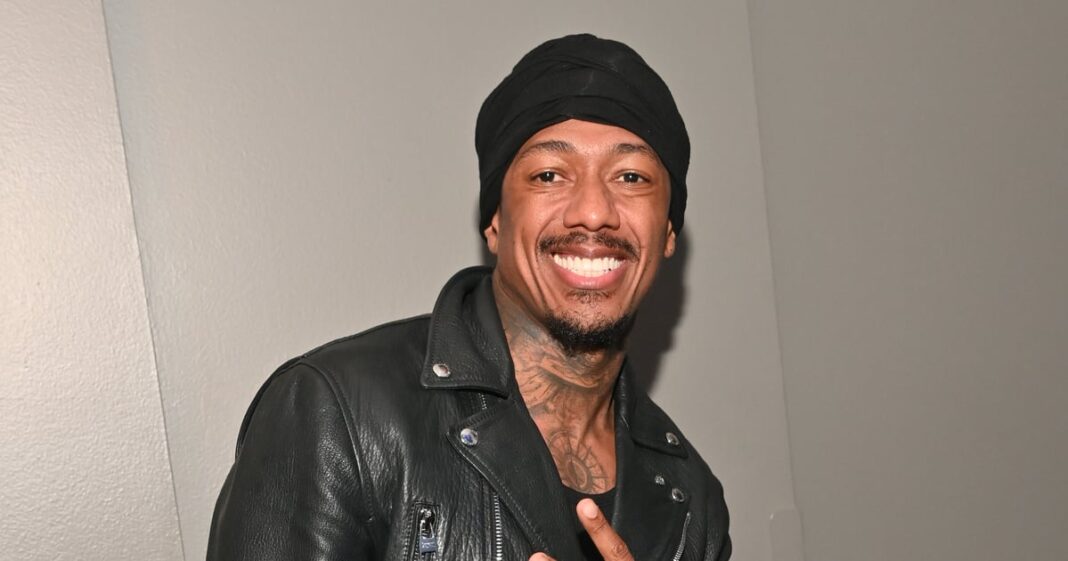 Nick Cannon is having his own personal baby boom in 2022. Before welcoming his eighth child with model Bre Tiesi earlier this month, Cannon was cohosting “Entertainment Tonight” with Nischelle Turner on July 14 when he teased, “the stork is on the way.” When Turner asked how many babies the stork will be bringing this year, Cannon played coy, but ultimately said, “You would be safe to bet on three [more children] in 2022.”

So far, only one baby has been confirmed by both mom and dad. In January, Cannon revealed on “The Nick Cannon Show” that he and Tiesi were expecting a baby boy this year. “I never usually use my own personal pictures as Pic of the Day, but today I have to do it because I want to share this beautiful, extraordinary moment,” he said at the time. “Me and Bre [Tiesi], the next mother, of our child . . . It’s a boy, we found out officially yesterday.”

On July 25, Tiesi announced the arrival of their son on Instagram. “I did it. An all natural unmedicated home birth. This was the most humbling / limit pushing yet awakening and completely empowering experience,” she wrote. I can’t thank my team enough for delivering my son safely. This experience has changed me forever and I couldn’t of asked for a more amazing and supportive partner. Daddy showed the f up for us.. I couldn’t of done it without you. 💙 I can’t believe he’s here 🤗.” Tiesi also shared a YouTube video documenting her pregnancy journey and delivery.

As Cannon’s “ET” cohost Turner pointed out, DJ Abby De La Rosa, the mother of Cannon’s twins Zion Mixolydian and Zillion Heir, is also expecting — but she hasn’t confirmed whether or not the former Nickelodeon star is the father this time around. Cannon explained to his cohost that he likes to let the mothers of his children make announcements in their own time.

“See, this is what I like to do,” he said. “I allow the women in my life to kind of share their news on their own, because then it doesn’t make it look like I’m trying to get publicity. When they’re ready to speak on who and what and where, I support. For now, I’ll just let them talk. That’s why I said the stork is on the way. We’ll see how it trickles down!”

Turner then took a guess on the exact number of babies Cannon might be welcoming this year. “If my over-under was three, like, would I be safe to bet on three?” she asked.

“Close! You would be close!” Cannon confirmed, adding that three was a “safe bet.” He added that while he would love to tell the world about his children, he believes it’s up to the moms to share the news when they are ready. He explained, “I give the mothers the respect to do it themselves. As we know, we should allow women to speak on their bodies, and men should say nothing!”

Cannon is already the father of eight children. In addition to his son with Tiesi and twins with De La Rosa, he shares his two oldest children, boy-girl twins, with ex-wife Mariah Carey; and he has a son and a daughter with Brittany Bell. In December 2021, Cannon’s infant son Zen, whom he shared with model Alyssa Scott, died of a brain tumor.

Keep reading to learn more about all of Nick’s children.