House of the Dragon: Vhagar, Explained 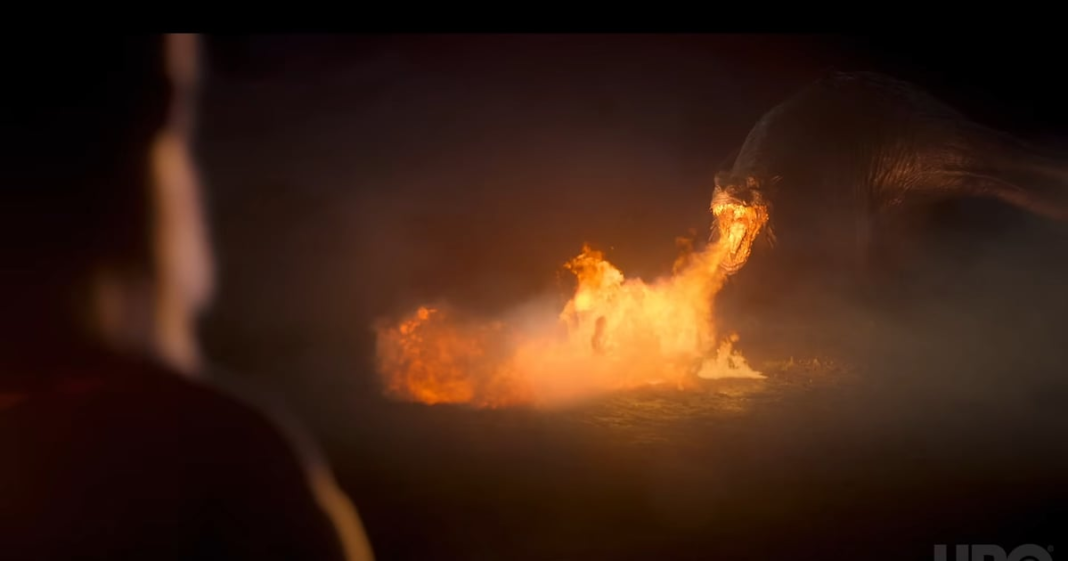 The first season of “House of the Dragon” is, as promised, filled with all sorts of dragons, from Daemon’s red Caraxes to Rhaenyra’s soaring Syrax. But in episode six, one dragon steps into the spotlight: Vhagar. In the episode, which aired Sept. 26, Vhagar is seen with her rider, Laena Velaryon, and she plays a pivotal role in Laena’s death. In episode seven, which aired Oct. 2, a fight over the dragon sows even more discord into the factions — the blacks and the greens — fighting over the throne. We’re breaking down the origins of this legendary dragon and where she’ll probably go from here.

Vhagar is one of the oldest dragons still living during “House of the Dragon.” Vhagar was claimed by Visenya Targaryen, who flew the dragon alongside her brother (and husband) Aegon the Conqueror when he conquered Westeros. Aegon rode on Balerion the Black Dread, whose skull has a place of honor in King Viserys’s Red Keep. Aegon’s other sister-wife, Rhaenys, rode on Meraxes, and both died during the First Dornish War.

Visenya died in 44 AC (so 44 years after the conquest), and Vhagar had no rider for 29 years. That’s when Prince Baelon — Viserys’s father — claimed the dragon. Baelon died in 101 AC, leaving Vhagar riderless again.

In the second episode of “House of the Dragon,” Laena talks to Viserys about Vhagar and how she’s gone missing. Laena has heard rumors that Vhagar is nesting somewhere in the Narrow Sea, possibly near Spice Town.

How Did Laena Find Vhagar?

“House of the Dragon” doesn’t show how Laena finds Vhagar or how she becomes her rider. Presumably, after Daemon and Laena marry and move to Essos, Laena finds the dragon that she’d been looking for since she was a child and becomes her dragonrider.

This is pretty different from how things go down in the “Fire & Blood” book. In the book, Vhagar is not missing, and Laena has claimed the dragon as her mount by the age of 12 (We know this doesn’t happen in “House of the Dragon,” since she doesn’t join her mother and brother on dragonback on the way to Rhaenyra’s wedding).

In the book, once Laena and Daemon marry, they go to Pentos, where they fly their dragons together until she gives birth to their twins, Rhaena and Baela. Then they return to Driftmark, where Laena and Rhaenyra, who’s already living on Dragonstone, become good friends.

Who Rides Vhagar After Laena’s Death?

Vhagar’s newest rider is be Prince Aemond, son of Alicent and Viserys. After Laena’s funeral at Driftmark, the young prince sneaks out in the middle of the night to see if Vhagar will obey him. She does, and he flies off on her. When he returns to the castle, he’s confronted by Laena’s daughters, Rhaena and Baela. They’re soon joined by their cousins, Jacaerys and Lucerys, who beat up Aemond. But Aemond, older and stronger, has the upper hand, until Jace takes out a knife and slashes his eye.

Things play out a little differently in George R.R. Martin’s book. There, Viserys suggests to Aemond that he go to Dragonstone to claim a dragon or hatchling as a way to prove his boldness. Aemond chooses Vhagar and tries to claim her in secret but ends up in a fight with Jacaerys, Lucerys, and Joffrey (who’s still a baby in the show). But in both versions of the story, their clash only further stokes tensions between Alicent and Rhaenyra.

Why Doesn’t Aemond Have a Dragon Already?

Rhaenyra’s three sons — Jacaerys, Lucerys, and Joffrey — are all given eggs in the cradle that hatch and grow into the dragons they eventually ride. The births of those dragons are seen by many as proof of their true Valyrian heritage. But eggs given to infants and children — even Targaryen children — often don’t hatch; in episode six, Rhaena is seen trying in vein to hatch an egg. It seems the eggs given to Alicent’s children also don’t hatch, but they all eventually bond with older dragons. In the series, Aegon has already bonded with Sunfyre. Aegon and Aemond’s sister Helaena doesn’t have a dragon yet.

How to properly workout: Should you cover all major muscle groups?