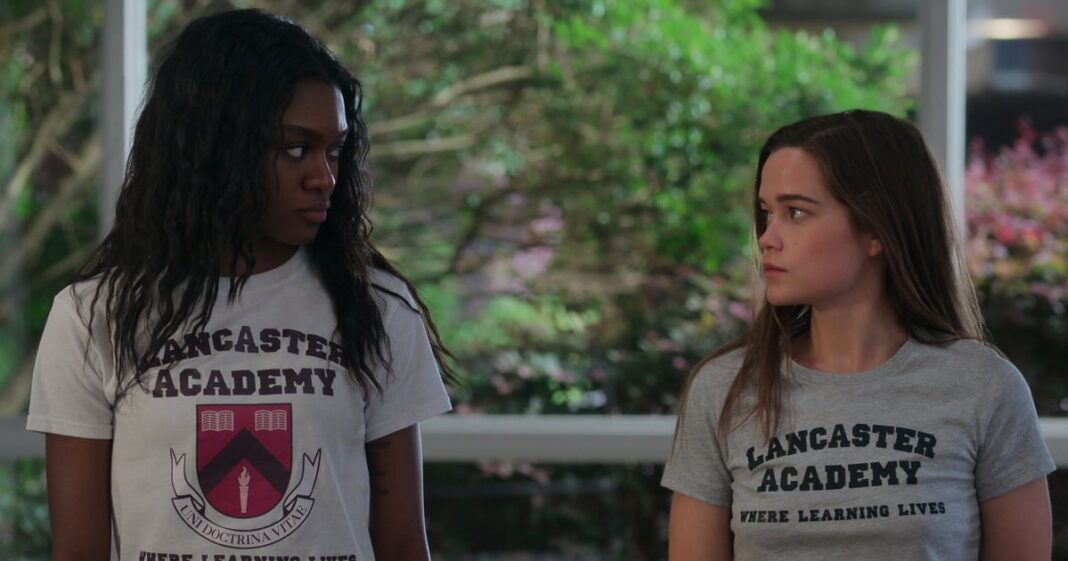 “First Kill” debuted on Netflix today, and the teen vampire drama has a part-fresh, part-nostalgic soundtrack. Featuring more recent gems like “Bury a Friend” by Billie Eilish and older favorites such as “Before He Cheats” by Carrie Underwood and “Soldier of Love” by Sade, the “First Kill” soundtrack has something for everyone. A mix of hip-hop, indie rock, and karaoke classics, it also features a number of songs by lesser-known artists — so you just might find your new favorite track on this list.

“First Kill” stars Imani Lewis as Calliope, a newbie vampire slayer from a very long line of dedicated vampire hunters, and Sarah Catherine Hook as Juliette, a young vampire preparing to take her first victim. The star-crossed pair wind up falling for each other, and what results is a modern “Romeo and Juliet” — with a queer twist. The series is based on a short story by writer V.E. Schwab, and it also stars Phillip Mullings Jr., Dominic Goodman, Aubin Wise, and Elizabeth Mitchell. “First Kill” builds on the tradition of teen-centric vampire sagas such as “Twilight” and “Buffy the Vampire Slayer,” adding fresh faces and sounds to the vast canon.

Ahead, hear the songs from “First Kill.”

What Is ‘Quiet Hiring,’ Plus How To Use it To Your Advantage