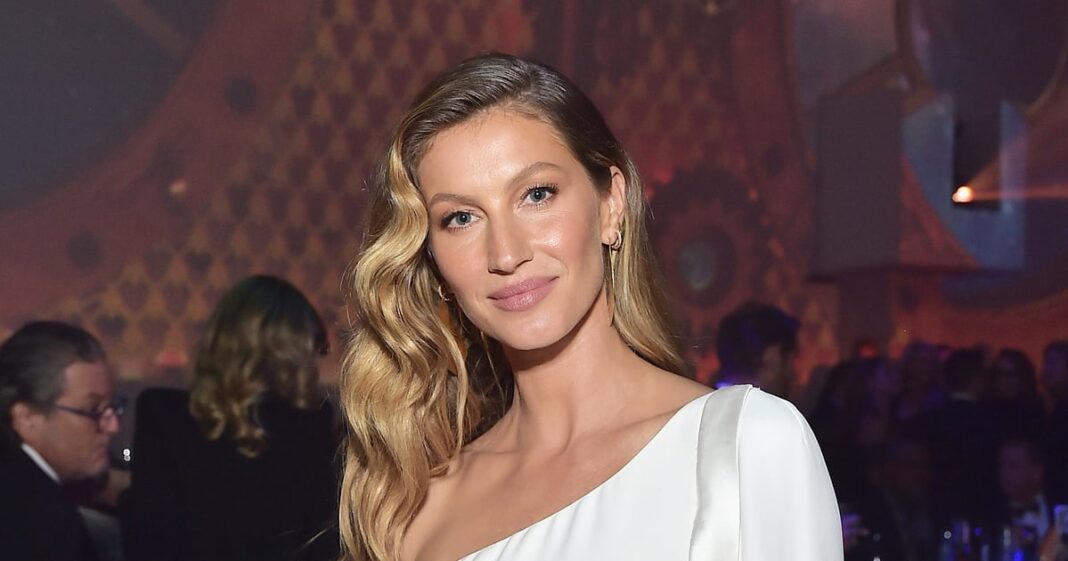 Even though their marriage has come to an end, Gisele Bündchen and Tom Brady are still a united front when it comes to parenting. On Nov. 25, Brady posted a photo of his 15-year-old son Jack throwing a football on his Instagram, and his ex-wife was quick to show her support. Bündchen posted a simple, but supportive comment on the post when she commented with a red heart emoji.

Brady and Bündchen share two children together — Benjamin Rein (12) and Vivian Lake (9) — while the football star shares Jack with his ex Bridget Moynahan. However, the Victoria’s Secret model has been a big part of her stepson’s life since he was just a little boy, so it only makes sense that she would continue to support him as he follows his own passion for football.

For his part, Brady captioned the photo “❤️ My Inspiration ❤️,” and the proud dad can be seen watching his son in the background. During an October episode of the “Let’s Go with Tom Brady, Larry Fitzgerald and Jim Gray” podcast, the Buccaneers quarterback spoke out about how incredible it is to watch his eldest follow in his footsteps.

“I think one of the great highlights of my life is watching him play and him grow and develop, and my kids in general, too. So I love watching him kind of dig deep and especially [play] team sports,” Brady said. He went on to add that Jack “actually moves better than I did at his age.”

Brady and Bündchen’s encouragement of Jack is reflective of how they parent all three of their kids. When the couple announced their split, Bündchen noted in her statement that the happiness of their children would always be their number-one priority. “My priority has always been and will continue to be our children whom I love with all my heart,” she wrote in her Instagram Story at the time. “We will continue co-parenting to give them the love, care and attention they greatly deserve.”

In early November, a source close to the couple seemed to echo those sentiments in a statement to People. “They can see whichever parent they want. They’ve got a schedule, but neither of them would prevent their kids from seeing the other parent,” the source said. “That’s not who either of them are.”

They continued, “These kids won’t be used as pawns. They’re going to be loved and cherished by both parents.”