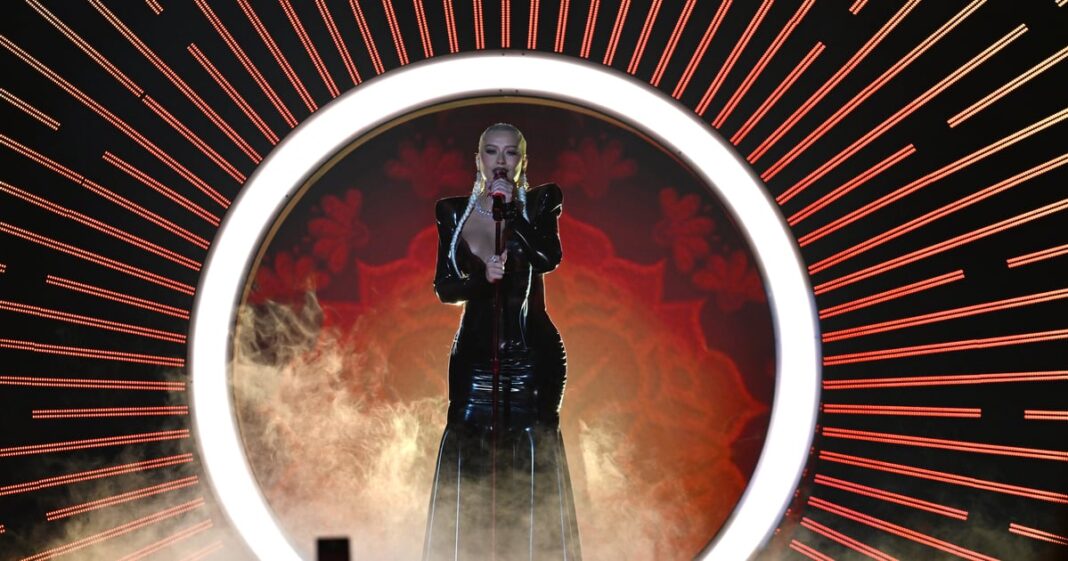 It’s been a really special night for Christina Aguilera, who not only took our breath away with a killer performance of her ranchera song “La Reina,” off of her new Spanish-language, Grammy-nominated album, “Aguilera,” at the 2022 Billboard Latin Music Awards on Thursday 29, but she was also honored with the Spirit of Hope Award. Aguilera accepted the award with so much grace and gratitude and delivered her acceptance speech in English which was translated to Spanish.

“It’s so nice to be in a room where they can say my name correctly and beautifully,” she said proudly. “Thank you so much, Billboard for this award. To my Sony team, you guys are amazing, I couldn’t be more thankful.” Yesterday in an interview with Hola! at Billboard Latin Music Week, Aguilera shared the pressure she faced earlier in her career to change her last name. In fact, the struggle is what inspired her to call her latest album “Aguilera.”

“You know, this is a name that has been tried to be taken away from me on numerous occasions coming up in this business,” she said. “It’s not the easiest name for everyone to pronounce. It’s been butchered a lot.” During her acceptance speech this evening, Aguilera addressed Hurricane Fiona and Ian, which have deeply impacted Puerto Rico, the Dominican Republic, and Florida, while encouraging guests and viewers to consider donating to the Red Cross to support and provide relief to the victims of the devastating natural disasters. She also went on to share her personal story of wanting to change the world with her music.

“When I entered the industry, I promised myself I’d use my voice for something deeper to make a change. Sharing my story was vital in helping others. It means so much to grow together with my fans throughout the years,” she said.

Aguilera released her first Spanish-language album “Mi Reflejo” in 2000. We couldn’t think of a better way for her to celebrate her long-awaited return to Latin music. Congrats to Xtina!

How To Wash Produce Safely, According to an RD & the FDA

Is Running *Really* Bad for Your Knees? Here’s the Truth