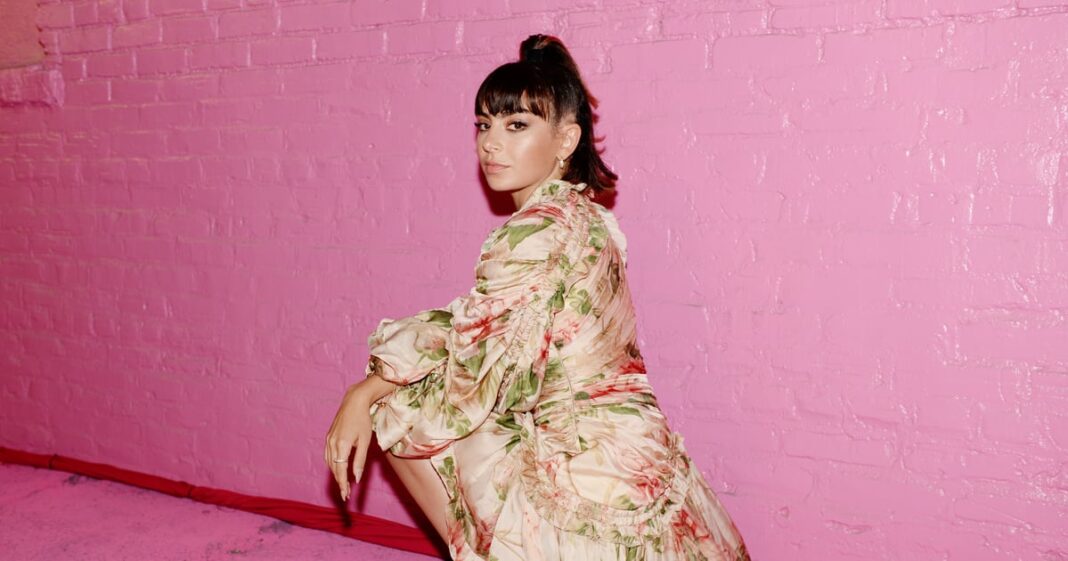 Charli XCX has always been on the cutting edge of things, constantly transversing and expanding the boundaries of pop and stardom, so it makes sense that she’s about to push her performances past a new kind of edge. On June 17, she — or, rather, a simulated version of her — will perform a concert in the metaverse, partnering with Samsung to play a show streaming exclusively on Roblox’s virtual-reality platform. But before she uploads her avatar to the cloud and takes to the pixelated stage, we had the chance to catch up with real-life Charli XCX.

Like many artists, Charli XCX’s identity has long been intertwined with her art, and she’s long been identified as a kind of avatar for pop that skews experimental, untamed, and slightly unhinged. Her latest album, “Crash,” is her most mainstream and also possibly her most electrifying. “I’m high voltage, self-destructive,” she sings in the title track, repeating the refrain “I’m about to crash” with the kind of ecstasy that could also easily apply to, say, a lyric about preparing to make it big or to have the best night of your entire life.

“Crash” also finds her actively choosing to embrace her talent for hyperactive, synthetic-sounding pop, abandoning the overly idealized trait of authenticity for what she refers to as “selling out.” She worked with a major label for the first time with the album, doing all the promo and accepting all the outside input that comes with that. “Selling out is awesome,” she tells POPSUGAR over the phone.

It’s five o’clock in Barcelona, and she’s not scheduled to play at Primavera Sound until two in the morning, but she’s already in her hotel, face mask on, preparing for the show. “It’s been really fun to make this album and play my little set twisted games with my fans,” she adds. “I’m really proud of the music, and I feel like they love it, too. Even the people who were hating on me before — they secretly are obsessed as well, which I knew they would be.”

“Crash” is a glitter-soaked wild ride through self-destructive cycles, which she somehow makes euphoric and glamorous. For Charli XCX, her life reflects her art. “I crave routine, but then at the same time, the routine I often fall into is one that has no structure, being on tour,” she confesses. “While I crave a routine, I also don’t like to be doing the same thing constantly. It’s a whole mess of contradictions. I want to go back into the studio, but then also I feel I need to rest so I can get good ideas to go back in the studio. It’s all a mess. I’m in the mess phase before I’ll begin to heal and then be ready to self destruct again. It’s a vicious cycle, I suppose.”

That pattern, the constant cycle of death at the end of the night and rebirth just in time for the next party, is a central theme of “Crash” — and it’s also a cycle that many of her fans, or anyone who’s felt themselves swerving between ups and downs, can likely relate to. Her candidness and her willingness to explore and, in a way, exploit her own flaws is part of what has helped her legions of dedicated, if often opinionated, fans connect with her so deeply.

“I want the bad ones cause they’re all I know / I always let the good ones go,” she sings on “Good Ones,” a hint of self-loathing in her tone as well as a hint of nonchalance; clearly, she’s going to keep doing this. Of course, not all of her music is autobiographical. “Some of them are completely fabricated,” she says of her song ideas. “Some of them are really super based on things that are happening in my life. Sometimes the songs are almost a therapeutic way of righting a wrong, maybe.” Ultimately, they’re up for interpretation.

Charli XCX is open about the fact that her real life — or at least the version of it she presents — reflects the dizzying mix of glamour and chaos that defines her music, and while it makes for great songs, it has its challenges. “It’s sometimes quite hard for the people who are close to me to keep up with, because one minute I’m having the best time and I’m being real glam and glitzy, and then another time I’m like, leave me alone, I need to cry on my own,” she says. “I think the hecticness is there in real life for sure, as I’m sure it is for many people all across the world.”

She’s right about that. And like many people in the real world — though admittedly, touring involves a unique kind of chaos — she’s worn out and going through it. “I’m probably not doing super great right now,” she says when asked about the state of her mental heath. “One of the bad things about being on tour is being in a continuously different time zone,” she adds. “Your sleep pattern and general frame of mind is hanging by a thread. I haven’t really been able to keep up with therapy or generally looking after myself. That’s a little tough, and I can feel frustration beginning to build up inside me. Basically, I need a break . . . I don’t know if I can continue on this level of the cycle for much longer.” Fortunately, respite is on its way. “That’s coming up,” she says. “I think I’ll be able to recharge and rest.”

But before that, she’ll be uploading herself into the metaverse. She feels that performing in VR will let her connect with fans across the world; she also loves the creative possibilities inherent in the digital medium. At the end of the day, she’s an innovator before anything else — a true pop star of the future, as she’s been branded before.

Perhaps she’s even the definitive pop star of our current internet era. With its constant kaleidoscopic stream of clickbait headlines and awful news, and its limitless possibilities that allow for limitless creativity as well as limitless distraction, the digital dimension seems to fit her well. If anyone can bring truly great live performance art to the metaverse, Charli XCX might be the one.

3 Keys To Improving Balance, According to a Trainer

How to Get a Head Start for the 2022 Holiday Season