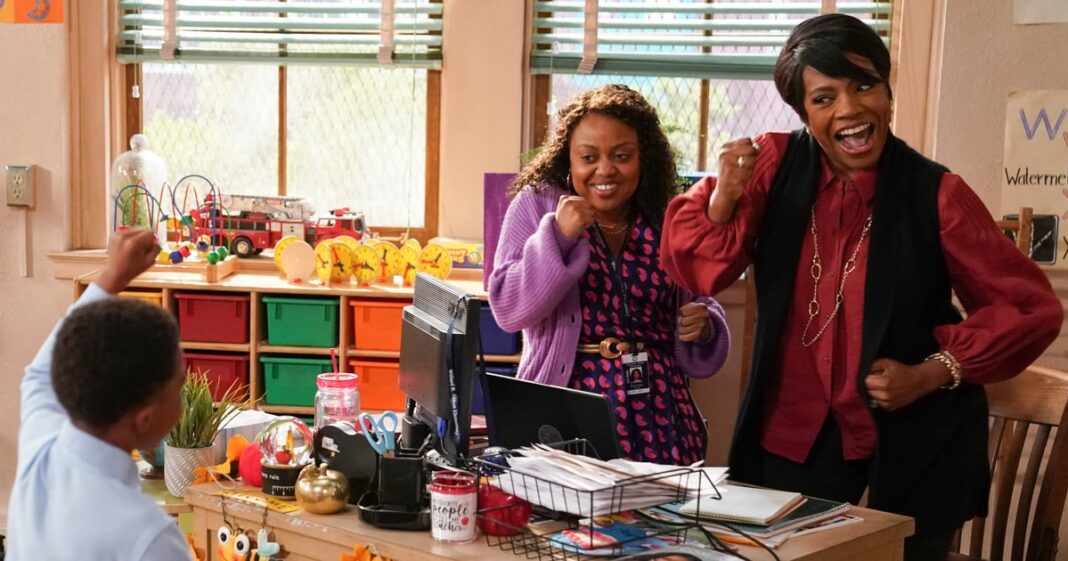 “Abbott Elementary” continues its success streak with another huge milestone! On July 12, the critically-acclaimed ABC series scored seven total Emmy nominations, including outstanding comedy series. Creator Quinta Brunson made history herself with three comedy nominations — making her the first Black woman to earn that number in the comedy categories in the same year, Variety reported. She’s also the youngest Black woman to ever be nominated in the comedy acting categories.

“. . . I want to thank teachers. Thanks for being our inspiration.”

“What an honor to be nominated by the Television Academy,” Brunson tells POPSUGAR in a statement. “Creating this show has been the greatest gift and to have it recognized in this way is the dream. It’s a joy we get to share with the amazing people who watched our first season. None of this would be possible without my incredible, supportive EP’s Justin Halpern, Randall Einhorn & Patrick Schumacker, our incredible writers room, our insanely talented cast, and the hard-working teams at ABC and WBTV for helping to bring Abbott Elementary to life. Lastly, and most importantly, I want to thank teachers. Thanks for being our inspiration.”

In its first season alone, “Abbott Elementary” became a major success story for sitcom television. Upon its December 2021 debut, the mockumentary series topped ABC’s numbers as the first comedy premiere to quadruple ratings from its original air date, Deadline reported in January. Not even a month later, the show broke another record by surpassing “Modern Family”‘s series finale ratings — a first that ABC’s seen since 2020.

“Abbott Elementary” has become ratings gold for its network home, but the real reward for creator Quinta Brunson is how the show is bringing families across America together. “That always sticks out to me because that is 100 percent what I wanted: for people to have a show they felt they could watch with family, enjoy, and that everyone in the family could find something funny in,” she previously told POPSUGAR. “I’m not sure it feels like there are many shows you can do that with anymore.”

As the latest sitcom craze to hit television, “Abbott Elementary” already has fans counting down the days til season two — set to premiere on Sept. 21. Brunson teased that the show will return with some “progressions” for Gregory and Janine’s budding romance, as well as some “curveballs” thrown at Melissa and Barbara. And, of course, at the demand of the people, “more Ava.”

In the meantime, viewers hope to see the sitcom sweep up all their Emmys to top off its first year on the air.

The 74th-annual primetime Emmy Awards will air on NBC on Sept. 12. Read ahead to see how the rest of the “Abbott Elementary” cast reacted to their Emmy nominations.

How Social Media Has Impacted Daily Sunscreen Use

The Importance of Nutrition in Dance